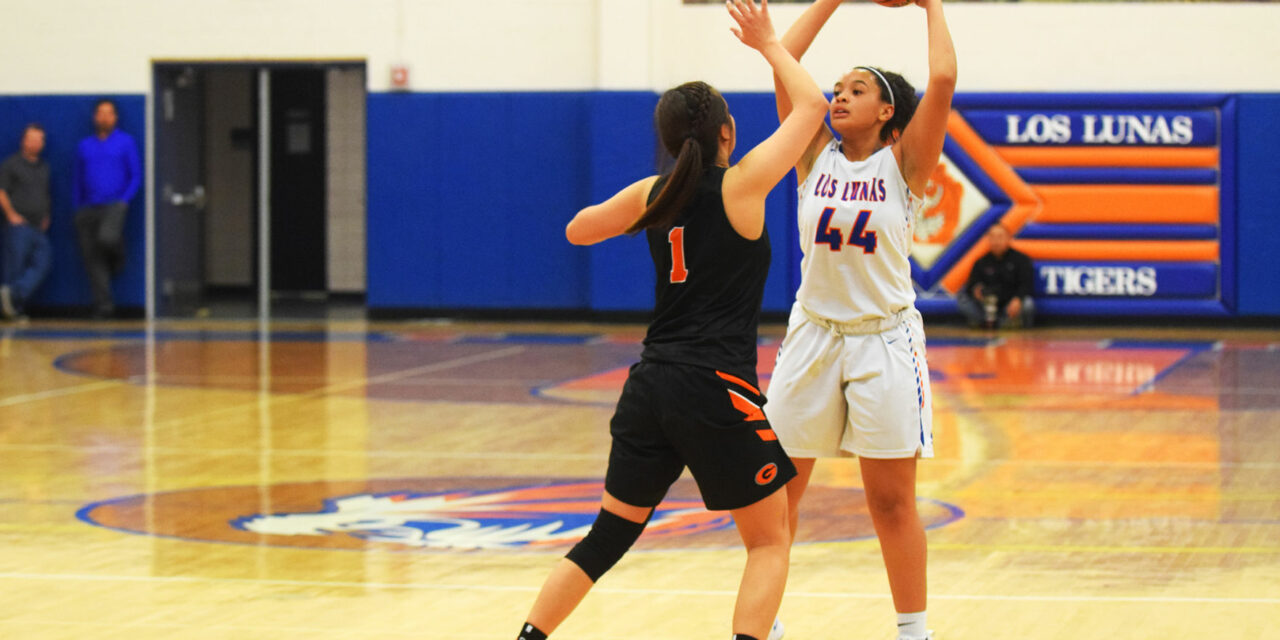 The holidays proved to be a great time for Valencia County hoops. All prep teams, save the Belen boys squad, participated in tournaments over the weekend. Los Lunas and Valencia competed in the Village of Los Lunas Holiday Tournament, while Belen’s girls team travelled to Roswell for the Goddard Invite.

Here’s how everyone fared.

Playing host in The Village of Los Lunas Holiday Tournament, both the boys and the girls placed first in often dominant fashion.

The boys (9-2) breezed through the first two rounds, beating Alamogordo 64-26 and Cibola 54-27 before facing Santa Fe in the final.

The last time the Tigers had faced Santa Fe was less than two weeks earlier, and they fell 49-43.

“We were really excited to get a second chance at them,” said Los Lunas head coach Travis Julian. “I didn’t feel like they got our best in our last game.”

The Tigers played this rematch much closer than prior tournament games. After the first quarter, they were up 17-14, but went into halftime behind 28-29. The lead changed several more times in the second half, culminating in a 52-52 tie at the end of the fourth quarter.

“It’s cool to win a tournament,” said Julian. “But it’s more important to win the individual games. Tonight was a big win for us.”

The Lady Tigers (8-3) dominated throughout the tournament. Their closest game was a 62-49 win over Artesia in the first round.

“Against Artesia, we got up 20 points and coasted,” said Los Lunas head coach Marty Zeller. “I was not happy at all with that performance. We had a heart-to-heart after that game.”

There was no coasting in the second round as the Lady Tigers beat Alamogordo 53-25. Zeller said they found their identity defensively against Alamogordo.

Los Lunas came out swinging in the championship round against Gallup. Beginning with a 12-0 run to start the first quarter, the Lady Tigers maintained a solid lead throughout the game, eventually finishing with a 64-50 victory. Three players finished in double figures as senior Marissa Weldon led with 13 points, and sophomores Natalie Jojola and Feleena Gabaldon chipped in with 11 and 10 points, respectively.

“We grew tonight,” said Zeller. “Gallup was the best team we faced in this tournament, and I hope the fans enjoyed the performance from both teams — especially from the Tigers.”

The Jags’ boys team (9-5) finished fifth in the Village of Los Lunas Holiday Tournament. In their first game, Valencia fell to Santa Fe 73-55. However, that was the only loss the Jags suffered over the weekend. They won their next two games by double-digits. First, they beat Mesilla Valley Christian 63-52. In their final game, they defeated Alamogordo 71-51 and secured the fifth place spot in the tournament. 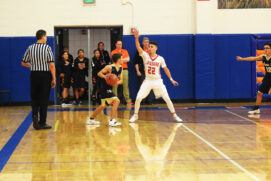 “I thought we had a good weekend,” said Valencia head coach Joshua Mattox. “We learned a lot from it, battled Santa Fe for the first half and had to dig out of a hole against Mesilla Valley. But we got it done.”

“We are still learning and trying to figure things out as a team,” said Medina. “These girls are showing resilience and a will to fight back.”

Belen’s girls (6-4) hit the road for a holiday tournament at the Goddard Invite. The tournament began with a 57-38 loss against Burges (El Paso, TX).

However, the Lady Eagles bounced back, winning their next two games decisively. The first came with a 58-48 victory over Lovington. They then secured the third place spot with a 46-27 win over Albuquerque Academy.

Belen head coach Richard Armijo said senior Sydney Valdez and junior Janae Ornelas both had big weekends for the Lady Eagles. Overall, he was happy with his team’s performance on the road.

“I think we are still identifying how to be at our best,” said Armijo. “We are still learning about ourselves, so mistakes are being made. But we feel we are zoning in and were discovering how we can be effective.”

Belen’s boys squad (5-6) had one game scheduled last week against Silver, but that game was cancelled due to inclement weather.