The Eagles split their two contests held last week against Grants and Valencia.

Against the Pirates on the road, the Eagles went up 1-0 in the top of the first inning. Grants responded in the second with a run on their own.

The flood gates then opened in the third inning for Grants, as the Pirates pushed across 10 runs to take a commanding 11-1 lead. From there, the Pirates played great defense, and had great pitching to come away with the win by the aforementioned 11-1.

Against Valencia, the Eagles got back on track.

A two-run third inning against the Jaguars gave Belen just enough cushion to take a 4-3 victory.

After last week’s action, the Eagles are 10-8 on the season and 2-2 in district play.

The Eagles have four games left on their regular season schedule. This upcoming week, they will play two of those games- one against Highland and then a road tilt with St. Pius.

Los Lunas has made it seven in a row following last week’s games. The Tigers took home three wins over the week.

To start the week, the Tigers hosted Eldorado.

Los Lunas pounced early and often. Scoring runs in all but one inning during the game to come away with a 10-4 win.

Casey Herrell went 3-for-4 with three runs driven in and two runs scored of his own. Gavin Madrid notched the win on the mound, going 5.1 innings, giving up one earned run and striking out six.

Los Lunas then turned their attention to a double-header against Capital on Saturday. Powered by six runs in the bottom of the third inning, the Tigers took the game by a final of 10-0.

Karlos Cieremans had a big day at the plate. He went 4-for-4 with a home run, two double and four runs batted in.

Ryan Castillo worked all five innings in the win; allowing no runs and striking out 10 Jaguar batters.

In game two against Capital, it was deja vu for the Tigers as they took the win in that one by another, 10-0 score.

This time it was Gavin Baca swinging the hot bat. Baca went 2-for-3 with two triples and four runs driven in.

Paul Cieremans went five innings; his only blemish was one hit. Cieremans also struck out eight during his start in which he grabbed the win.

Los Lunas is now 15-6 on the season and 6-0 in district. This week they will have a Thursday night double-header with Rio Grande as their only action during the week.

It was a hard week for the Jaguars as they found themselves on the losing end of both of their games last week.

Valencia went up against St. Pius first, in a game that saw the Jags fall behind 6-0 in the first inning. Valencia tried to crawl back into the game, at one point getting with 10-4, but the Sartans were too strong, defeating Valencia 15-5.

Daniel Jaramillo was a bright spot for Valencia, as he went 1-for-2 and drove in two runs.

Then came a date with in-county rival Belen. Despite an eight strikeout outing by Andrew Apodaca, the Jaguars fell by a final of 4-3 to the Eagles.

Valencia now sits at 8-11 overall and 1-3 in district. The Jaguars will try to get back into the win column with two games this week. First up is a road game with Highland, then the Jaguars will visit Grants.

The Lady Jaguars had a hard week last week, dropping all three of their games.

Against St. Pius, Valencia took an early 3-2 lead, only to see it disappear with a six-run fourth inning from St. Pius. Valencia would add one run in both the fifth and sixth innings, but the Sartans proved too tough, taking the game by an 11-5 final.

Faith Aguilar would go 1-for-2 at the plate, with a double and two runs batted in. Nevaeh Bracamonte also drove in two runs during the game. 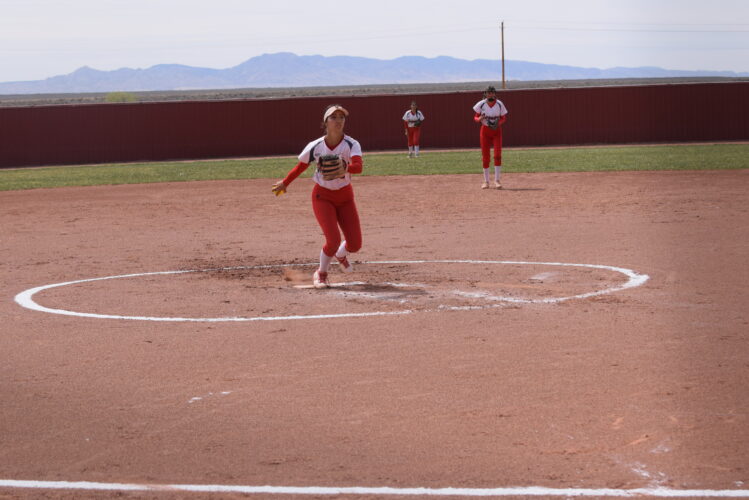 The Lady Jags then paid a visit to Belen in the Hub City. Despite taking the lead twice during the game, Valencia could not hold the Eagles at bay, dropping a 7-4 decision.

Miranda Garcia went 1-for-4 with a double and two runs driven in during the loss.

On Saturday, the Lady Jaguars welcomed Valley to VHS. Despite falling behind 5-0, Valencia would not give up, slowly chipping away at the Viking lead.

Valencia cut the lead to 5-3 in the fourth with some great base running.

Then after allowing another Valley run to make it 6-3, the Jaguars got two runs in the bottom of the seventh to close within 6-5.

The Lady Jaguars got the tying run on first, but could not advance it around, losing to Valley by a final of 6-5.

Bracamonte went 2-for-3 with a double and two runs driven in. Cambria Garley hit a triple and drive in a run of her own.

Valencia is now 5-14 on the season and 2-3 in district. The Lady Jags have two games this week, one against Sandia and then they will take on Highland the following night.

The Lady Eagles got back to their winning ways last week, taking both games they played.

Belen hosted Grants to start off the week, and the Eagles pounded the visitors by a final of 18-0.

Then came a visit from in-county rival Valencia.

The Lady Eagles are now 13-10 for the season and 4-1 in district action. They will play at Highland and then host St. Pius this week.

The Lady Tigers had three games last week, and went 1-2 in them.

Against La Cueva to lead off the week, Los Lunas could not find any offense, or any way to slow down the Bears in a 16-0 loss.

The Lady Tigers hoped their luck would change with a double-header against Capital this past Saturday. Early on in game one, it appeared as though it had. Los Lunas took a 2-0 lead in the top of the first, only to see it evaporate in a hurry in the bottom of the first.

Capital pushed across five runs of their own in the first to take a 5-2 lead.

Capital added two more in the second inning, and that was more than enough as they defeated Los Lunas 7-4.

In game two, lady luck finally showed through for Los Lunas. After trailing 2-1 after four innings, the Lady Tigers exploded with five runs in the fifth to take a 6-2 lead.

Capital was not done, as they scored five of their own in the sixth to take a 7-6 lead.

In the seventh, Los Lunas put together a rally, and came away with three runs to regain the lead at 9-7.

Capital didn’t go away as they would force extra innings with two runs in the bottom of the seventh to tie it at 9-9.

In the eighth, Los Lunas got to Capital pitcher Athena Grimley for seven runs to grab a 16-9 lead.

The Lady Tigers held on in the bottom of the inning, giving up just two runs to take a 16-11 win.

Los Lunas is now 7-13 on the season and are 3-3 in district play. Up next for the Lady Tigers is a week off before playing their final three games over two days beginning on April 29. 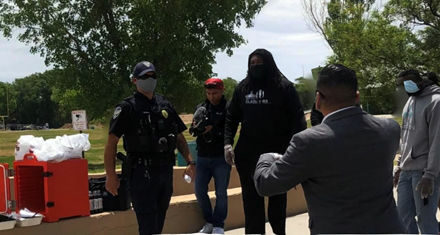