LOS LUNAS–Paul Carder returned to school where he got his start teaching in 2008 before a three-year stint as vice principal at Valencia High School.

“I was here before the school got built … I saw them demolish the old school, build the new one,” Carder said. “I was a teacher here so I was part of that the whole time, working out of a portable. It was kind of nice to be able to do that and come work here again, because this is my original place.” 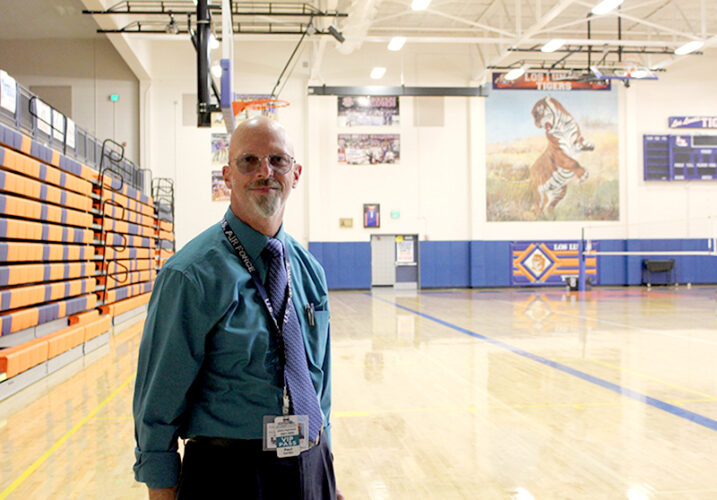 He took his place at Los Lunas High School at the beginning of this school year, just as the students transitioned back into in-person learning after a year at home.

“Students are used to working behind a keyboard, and it’s very easy not to do anything. You can get away with not doing anything when you’re not typing,” he said. “It takes a very disciplined individual to be able to do the online learning stuff. It’s tough.”

In addition to the frustration of both students and teachers getting used to being back in the classroom, Carder also added they are getting used to regularly interacting with other people again.

Carder began his second career as substitute teacher in the Los Lunas Schools district in 2008 after serving more than 20 years in the U.S. Air Force security forces.

While serving, one of Carder’s bosses noticed his talent for teaching, and persuaded Carder to begin attending school to obtain his bachelor’s degree, and later his master’s degree in teaching.

“We would do inspections, and if they did poorly on inspections then we would have to teach them how to do it correctly,” Carder said. “So, he pulled me off to the side one day and said, ‘I don’t know if you realize it or not, but you have a knack for teaching.’”

Carder traveled across the world during his time in the military before landing in Albuquerque at Kirtland Air Force Base. It was during this time he met his wife, Teresa, who grew up in Valencia County. They married in 2001.

“We are a little bit of a combined family, a Brady Bunch kind of thing,” he said. “We raised our kids here until they moved out. All of our kids went to Los Lunas Schools.”

After retiring in 2008 with a degree, he began going around the county, and even south to Socorro, dropping off his resume in hopes of getting a job in his new field. He said even an interview was difficult to come by during this time, only getting a couple.

Due to the dry job market, Carder began substituting at all levels with Los Lunas Schools, adding he was especially popular with the elementary school students.

“I made a name for myself and a lot of people knew me when I came on,” Carder said. “For the elementary school kids, if they did good, I would do push ups for them at the end of the day. The kids loved it; they thought it was the greatest thing.”

When a social studies position opened up at Los Lunas High School later that year, Carder jumped at the chance. He taught from 2008 to 2017 before administration began calling him.

“While I was teaching, because I’m on a second career and I’ve got experience, I did a lot of leadership stuff,” he said, “and I decided, well, maybe I ought to think about getting into administration.”

Shortly after returning to school to get his license, he moved to a vice principal position at Valencia and later the principal at LLHS this year, keeping it in the district where he got his start.

“This is a great school district. I don’t know if people realize it,” he said. “The size of the district is big enough to where you can move around, but it’s also small enough to where everybody knows everybody. We see each other all the time.”

In his decade and a half in education, Carder said his favorite part remains the time he spends with the students. 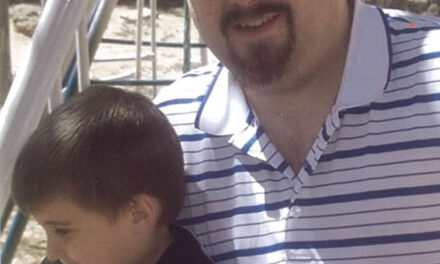