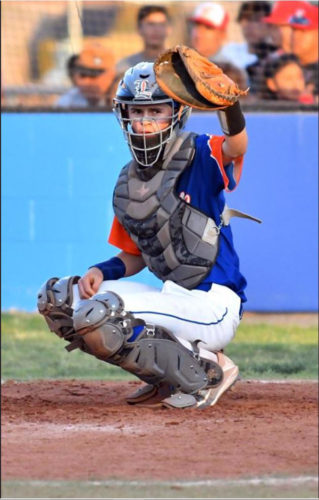 Klaus was the Tigers starting catcher. He will play all over the field for the Pioneers.

Klaus, who played both baseball and football for the Tigers, announced his commitment via his Twitter page.

“I’m proud to say that I’m committed to Wayland Baptist University to continue my academic and baseball career,” he wrote. “Thankful for my family, coaches and friends for helping me get to this point. I thank God for the opportunity ahead of me.”

Wayland Baptist competes in the Sooner Athletic Conference in the National Association of Interscholastic Athletics and are led by manager Brad Bass, who Klaus said was a major factor in his decision.

“He made it clear his interest in me went beyond just baseball,” Klaus said. “He wants to help me improve not only as a baseball player but also as a man.”

Bass is also firmly entrenched at WBU, having just completed his 25th campaign leading the program.

The Pioneers have enjoyed much success under Bass, going 23-7 before the season was stopped last year, as well as leading the program to all 17 of its trips to the SAC tournament.

Bass and the rest of the staff have plenty of confidence in Klaus, who should be able to make an impact as a super-utility player as a freshman for the Pioneers.

He started behind the plate for the Tigers, but said he could play anywhere for the Pioneers, based on what he’s been told.

“The coaches said that I’ll probably get some time at catcher depending on injuries,” Klaus said. “They have confidence in me that I’m good enough to play anywhere they need and I’m willing to do whatever is best for the team.

“It gives me confidence that they already trust me even when I haven’t set foot on campus yet,” he said.”

After the Pioneers began recruiting him this spring, Klaus took a visit to Plainview, which helped to make his decision. 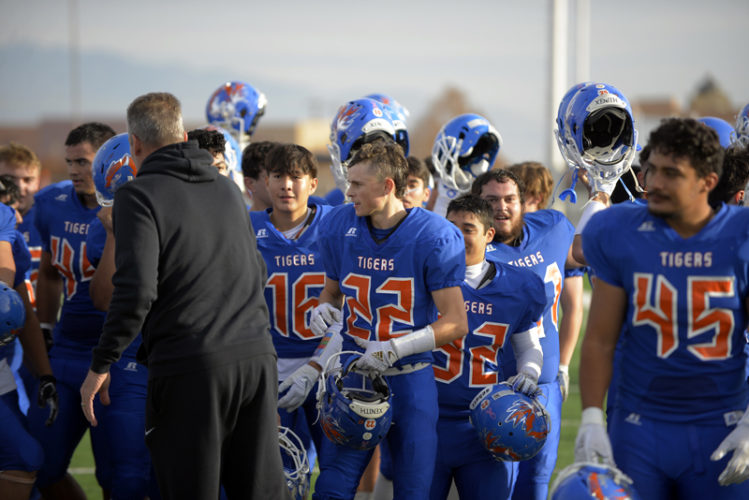 Joseph Klaus, No. 22, seen here after the Tigers beat Artesia, was a starting safety on the Tiger football team.

He was also impressed with the training and recovery methods the program used, leaving him with the sense he’d be in the best position to stay in peak shape and avoid injuries.

While at WBU, Klaus plans to study business. After college, he wants to go to the police academy and become a police officer.

If something should prevent that, Klaus would like to become a small business owner, leading to his decision to be a business major.

From his time at Los Lunas, it was hard for him to choose just one memory from the baseball diamond that was his favorite, but ultimately it came down to the program’s run in the state tournament his junior season, when, as the no. 10 seed, the program advanced all the way to the semi-finals, knocking off seventh-seeded Los Alamos and no. 2 seeded Goddard before finally bowing out against Artesia.

He was also a starting safety for the football team, helping them in their run to two straight state runner-up finishes.

For Klaus, his commitment to Wayland Baptist represents the culmination of a long held dream to play college baseball.

“This has been my dream since I was little,” Klaus said. “I know I’m not a five-star recruit, but they chose me and I’m going to show them they got the hardest working kid.” 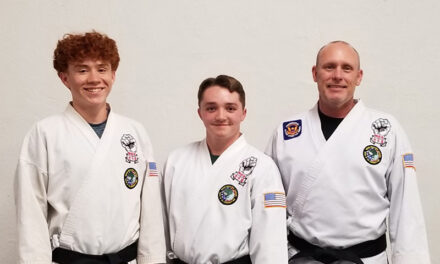