Editors Note: Los Lunas Schools announced two virtual public forums to discuss the proposed extended calendar — 6:30 p.m. on Monday, April 19 and 10:30 a.m. on Wednesday April 21. The links have not yet been released. For more information and links to the meeting go here.

The district is referring to the schedule as an extended calendar as opposed to year-round.

LOS LUNAS — The Los Lunas Schools superintendent has introduced what he is calling the “opportunity calendar” for the upcoming school year which would add 20 instructional days to the schedule for all students, kindergarten through 12th grade.

Superintendent Arsenio Romero introduced his plan which will include year-round instruction and more days in the classroom for all students, at the April 13 board of education meeting. “We get to be in the driver’s seat to say ‘This is something that is beneficial to have for all of our students K through 12,’” Romero said. “We have the right people, we have the right teachers, we have the right principals to be able to do this. And when we do this, we’re going to show dramatic positive outcomes and gains for our students right here in Los Lunas.”

The proposed year-round schedule was developed by a 15-member calendar committee consisting of district parents, teachers and staff.

Romero asked the board to table the approval of the calendar until the next meeting on April 27 so he and the committee members could receive additional input on the new schedule from parents, teachers and staff.

Romero said a series of virtual town halls are planned in the next few days in order to receive more input on the calendar before the final iteration is presented to the board later this month. Dates and times for the town halls have not yet been announced.

He also told the News-Bulletin the district will be speaking with several staff members from across the school district to gather their input and have conversations about the proposed schedule.

The schedule proposed by Romero would increase days in the classroom for students to 205, an increase of 20 instructional days. The school year would start on July 14, 2021 — July 12 for teachers — and end on June 9, 2022.

While the students would have school year round, the proposed calendar does come with a larger number of long breaks, including a week off during the yearly Albuquerque International Balloon Fiesta in October and a week off for Thanksgiving. There will also be single days off for students sprinkled throughout, such as for Martin Luther King Jr. Day and other recognized holidays.

Romero said he has worked at implementing year-round extended calendars at the elementary school level in several districts he has previously worked for in Las Cruces and Deming through the K-3 Plus and K-5 Plus programs.

This calendar, if approved, would be the first in the state for a public school to implement at a district-wide level for kindergarten through high school.

“This is the first time ever. I’m calling this the ‘opportunity calendar’ because that is exactly what this is — providing additional opportunities for students that didn’t have that before, especially coming off of the pandemic” Romero said.

During the April 13 meeting, Romero touted other benefits he has seen with the extended calendar such as students retaining more information, teachers receiving more overall take-home pay as a result of the 20 extra days on their contracts and working families spending less money on childcare during the summer months.

While most of the board members met Romero’s presentation with optimism, some still had concerns with the proposed calendar.

Board member Steven Otero was concerned teachers would not get an expected summer break if implemented for the next school year, as well as the lack of input from anyone outside of the 15 person calendar committee.

“I would like to see this happen. I would like it to happen with plenty of notice though,” Otero said. “In other words, let’s just not jump into it right now starting this July. Let everybody know and start that during the school year of 2022 to 2023. Let’s work it in slow.”

Board president Eloy Giron disagreed with Otero, saying it should be implemented as soon as possible in his opinion, however, he would like see a more complete picture on how it would affect the district when it is presented for approval at the next meeting.

“It’s scary just because of the unknowns. If we fail at this — I don’t want to fail — but we could do some things wrong with this thing,” Giron said. “But, Dr. Romero mentioned the word opportunities for our students. I first-hand got to witness my grandsons with K-3 Plus … I don’t have the words, but I could visually see the improvement. I could see the dramatic positive outcomes.”

Prior to Romero’s presentation, board member Bryan Smith also expressed his approval and excitement for the possible extended school year, saying he “whole-heartedly” believes in the program.

“It’s been a long time since we’ve had this type of effort to make a measurable stride in our performance,” Smith said. “And given the past year, I think we all would agree that an elevated effort on all of our parts is vital to — I’m not sure if this is the right word — catchup is the word that comes to me … I believe it would benefit all of the kids. And I think it would be prudent to think of our district as a whole.” 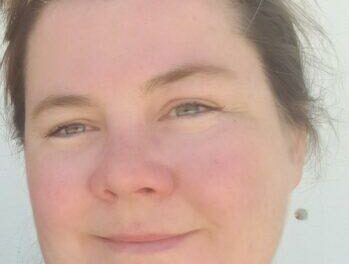 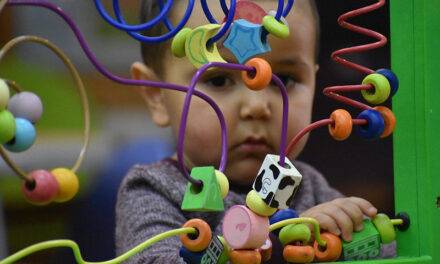