Los Lunas School District Athletics Director David Atencio is making a pitch to the community to help name the soccer pitch at the high school.

Atencio said suggestions will be accepted until 8 a.m. Monday, July 1. An hour later, a committee, chaired by Atencio and made up of the high school’s boys and girls varsity head coaches Eliseo Aguirre and Pat Powers and two parents, will meet to select a name it will recommend to Los Lunas Schools Superintendent Danny Burnett. Atencio said, if all goes well, Burnett will forward his recommendation to the School Board, which could take action on the item at its regular meeting on July 18.

The Los Lunas soccer community was largely responsible for the construction of the fields. Much of the labor and time to coordinate the effort was donated by parents. Los Lunas Schools kicked in about $100,000, according to district officials.

The entire project took two years to complete. The Tigers’ boys and girls varsity teams simultaneously played the first games on the adjacent fields for the 2000 season finale. The Tiger kickers played their first full season on the anonymous fields last year.

Atencio said the board has a policy regarding the naming of new facilities. Board Policy 4.1 says the Board recognizes that, when new facilities are constructed, it “may be an important and significant aspect of memorializing important staff members and community members.”

But Atencio said the soccer complex doesn’t have to be named after a person. “One of the traditions here is naming after people. That’s definitely a possibility, but that’s not necessarily an end,” he said. “We don’t have an end in mind. We’re honestly asking the people, ‘what would you call it?'”

The board policy goes on to say, “it may be appropriate to incorporate special geographic references, unique location, historical events, or symbols in the names of facilities.”

Located just northeast of the school in a geographic gulch, the soccer fields would lend themselves to a variety of suggestions referencing the landscape. A name drawn from Los Lunas’ rich history as a frontier town and stop along Route 66 would also meet the requirements.

In this day and age, naming rights for many college and professional athletic arenas are sold to corporate sponsors. Had any thought been given to soliciting naming rights?

Atencio said yes. Awarding naming rights in exchange for a generous donation to the athletic fund could be considered.

“That is definitely a possibility,” he said. “I don’t think that naming a field after a person or geographic feature would preclude or prevent us from doing that.”

Atencio said that, when it comes time for the school board to vote on the item, the committee and Burnett’s recommendations will be provided, along with a list of all entries.

Atencio asked that anyone submitting a name for consideration also provide an explanation for why their suggestion would be a good name for the pitch.

Suggestions for names for the soccer fields should be mailed to the attention of David Atencio, P.O. Drawer 1300, Los Lunas, NM 87031. 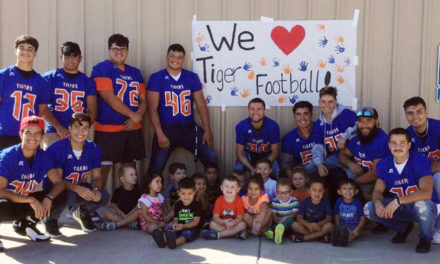 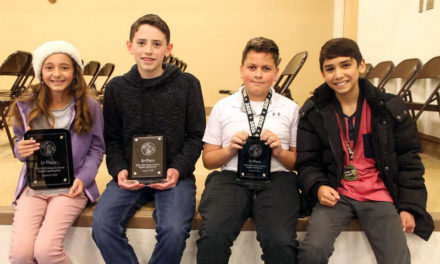