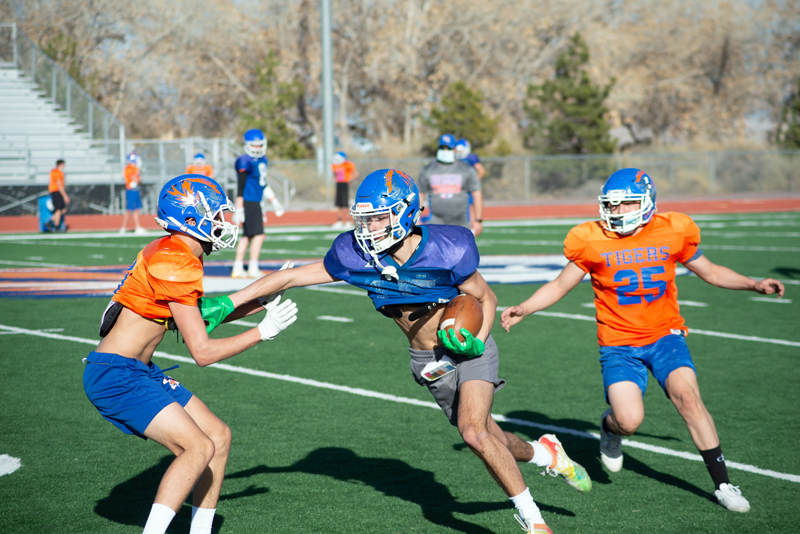 The Los Lunas football team will be in action this weekend after all. A day after having their originally scheduled matchup against Valencia canceled due to competitive reasons, the Tigers have a new opponent lined up.

On Saturday night, the Tigers will travel to Santa Fe and take on Capital High School in a matchup slated to start at 7 p.m.

The game came together on Thursday evening after Capital had its matchup with Santa Fe canceled.

LLHS head coach Jeremy Maupin first found out that there may be an issue with the SFHS-CHS game from friend who coaches in Santa Fe and called LLS athletic director Wilson Holland to ask him to check on it.

“I was sitting on my couch watching some NIT basketball and I get a call from coach Maupin saying he heard there may be an issue with the Capital-Santa Fe game,” Holland said. “So I called Dusty Young at the New Mexico Activities Association to check on it and he said it was something they were looking into.

“I told them we were ready to go either Friday or Monday if there was an opening. Dusty called me back 30 minutes later and said ‘can you be at Capital at 7 p.m. on Saturday’ and the game was on.”

“We’re really excited, really happy those kids get to play,” Holland said. “In the end it worked itself out, its a win-win situation for everyone.”

Maupin and his team had already wrapped up practice and everyone had gone home for the night when he first got word there may be an opening.

“I called Wilson and said ‘hey, I don’t know if this is true but could you check in on it for us,” Maupin said.

“Obviously we hope everything at Santa Fe is fine, whatever the issue may be.

“We’re excited for the opportunity to get to play. I got on a zoom with all our guys and told them ‘hey, we have some good news, we’re going to be full-go tomorrow and playing Saturday night.”

With a quick 48 turnaround from the time the game was finalized to when the two teams will kick off on Saturday night, Maupin said he and his staff were already back in the football offices reviewing film and beginning their preparations.

“I already talked to Coach (Bill) Moon up there and we exchanged film, so the coaches and I met back up to start prepping and get our guys ready for Saturday.”

Capital is currently 2-0 on the season and beat Pojoaque Valley, Valencia’s new opponent for this week, 59-6 on Saturday, March 20 in their last game.

The canceled Santa Fe – Capital game was scheduled to be played at SFHS on Friday night. As Santa Fe is a turquoise county, capacity for the game will be allowed at 75 percent. Holland said he expected to have complete ticketing information by Friday morning at 10 a.m. 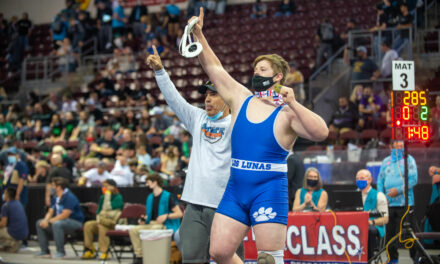