After a summer-long search, the Belen School Board decided it was better to find a new Belen Middle School principal from within its own ranks.

Dan MacEachen, 46, the principal at La Merced Elementary School and who has been with the district since 1998, was selected Tuesday night as the new BMS principal. MacEachen replaces Jeff Sullivan, who took a position at Rio Grande High School Ninth Grade Academy after serving as the BMS principal since 1997.

As MacEachen goes to BMS, Geneva Nixon, assistant principal at Belen High School, will transfer to La Merced to take over the principal duties.

At this time, no replacement for Nixon’s vacated position at the high school has been discussed, according to Ron Marquez, director of human resources.

Julian Luna, Belen School Board president, explained that the board unanimously decided to go along with Superintendent Don Duran’s recommendations.

“We’re allowing the superintendent to make those transfers,” Luna said. “The middle school is just as important as the high school.”

There were only a handful of applicants for the BMS position, and Luna described it as an opportunity to reward local employees.

“If positions arise, we would like to reward our employees, so we look in-house whenever possible because we have a lot of qualified employees,” Luna said.

MacEachen, who obtained his undergraduate and master’s degrees from Eastern New Mexico University in Portales, first entered the district in 1996, as the assistant principal at Belen High School.

He later became principal at La Merced in 2000.

“I’m excited,” MacEachen said. “This will be a challenge. I’m looking forward to working with the staff and meeting the parents. I am especially interested in meeting the kids.”

“I’ll miss La Merced — terrific kids, fine parents and one of the most professional staffs I’ve worked with,” MacEachen said.

MacEachen brings an innovative approach to the position. In a presentation before the school board Tuesday night, he and Julie Benavidez, Jaramillo Elementary School principal, described a new way of conducting traditional parent-teacher meetings. MacEachen wants to change the “them and us” attitude, when it comes to teachers and students or teachers and parents.

“There’s no ‘them and us,’ there’s only us,” MacEachen said.

As superintendent, Duran already knew that MacEachen was the man he wanted as the new BMS principal.

“My feeling from the very beginning was that we had the individual we needed at our middle school,” Duran said. “He talks about being fair and committed to our students.

“I felt like we needed strong leadership, a strong principal and someone who knew the ropes. When you look at Mr. MacEachen’s record, there was no other decision to make.”

MacEachen and Nixon both officially took over their new duties this past week and are currently preparing for the new school year at their respective schools.

Head coaches in category III, which includes golf, tennis, cross-county and cheerleading, will get $100 increases to reach the $2,000 level.

Currently, the school board has no step-salary increase in place that would reward coaches for their length of service.

One volleyball coach, who attended Tuesday’s board meeting, still earns the same salary after eight years of coaching.

“How are we going to reward our coaches?” Luna asked. “We need to look at a way that we can reward our coaches, who have been here seven or eight years. We’re only as good as our employees, especially in the salary area.”

In other school board business this week: 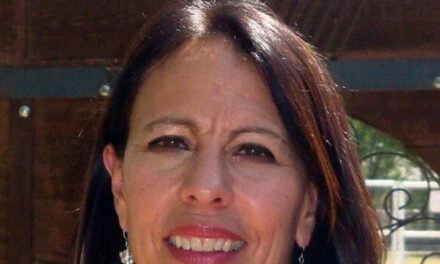 Lisa Chavez resigns from Belen Board of Education