LOS LUNAS — Judge Tina Garcia, the first woman elected to serve in magistrate court in Valencia County, will be retiring at the end of the month after 12 years on the bench.

Garcia, who was first elected as magistrate in 2008, said her decision wasn’t an easy one to make, but maintains it’s time for a change.

She went back and forth over the last several years whether she wanted to stay on the bench. Judge Garcia is leaving two years before her term is up in 2022. 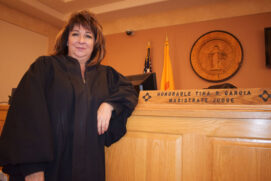 Magistrate Div. 1 Judge Tina Garcia is retiring after serving 12 years on the bench. Garcia has seen a lot of people and cases in her courtroom, and said if she’s been able to help one person better their life, she’s done her job.
Clara Garcia | News-Bulletin photo

She’s hoping to spend more time with her family, including her husband, Steve, two daughters, one stepson and eight grandchildren, without the daily pressures of being a judge.

“I have 35 years of public service in, and I considered not running for re-election last time. I was ready to retire then,” Garcia said. “I thought about it, talked with my family and talked with PERA in October and it was just financially possible.

“It feels to me it’s the right time,” she said. “I know I could do this job another 10 years. It’s more a personal decision — to get out of the limelight and be a grandmother, to be a mother and to be a wife.”

Before she was elected to the bench, Garcia was the Valencia County clerk for seven years. Before that, she worked in the clerk’s office, mostly in the election’s bureau. Having spent most of her career as a single mother, Garcia says it’s time to enjoy life with her family.

“I’ve dedicated many years to my job and I’ve given 100 percent or more, and I’m very comfortable in what I’ve been able to accomplish,” she said. “It’s time for me to give my time to my family now that I’m healthy enough to do it.”

At 53 years old, she says she’s young enough to enjoy retirement and focusing on her family and spending as much time with them as possible.

When she leaves the bench at the end of December, Garcia has no plans to look for another career or even for a run at another political office. Although, she’s not counting anything out.

Looking back on her career as a judge, she first thought when she took the bench, she could change the world. That didn’t happen.

While she doesn’t plan on working, she does plan on being a community activist and volunteering time with community organizations that she believes in, such as the Valencia Shelter Services.

For the first time in 12 years, Garcia is also looking forward to voicing her opinion — something she hasn’t been able to do while sitting behind the bench.

“Politically, morally, ethically — it’s something we have to be neutral on, and that’s OK because that’s what I took on,” she said. “Not being able to have an opinion or speak about things I see or disagree with has been a little hard but now, I want to be able talk about things that I believe in.”

Being a judge wasn’t something Garcia ever had in mind during her early political career, but it was an opportunity to make a difference. Her thought was she just wanted to help the community.

“When I took the bench, I don’t think we had as big of a drug and crime problem that we have now,” she said. “I think it’s gotten progressively worse. I see the crimes coming through are more violent, and the majority has drugs involved.”

Garcia said the problem isn’t for the lack of law enforcement or court intervention. She says it’s just the way things are these days.

“I would hope I did some good,” she said. “I worked hard to bring together judicial partners; I sit on many task forces and boards. I put myself in situations where if there is something I can do to help, I’ll help.”

As a drug court judge, Garcia has seen the worst in people and has been able to see them come out the other side. She’s witnessed people who have changed from being in the throws of addiction to coming out the other side and improving their lives.

“You want to make a change and if you can do it for one person, then you’ve done your job,” she said. “And I think I’ve done that.”

While it’s hard being a judge who makes an impact people’s lives on a daily basis, Garcia is happy to have served, and is proud in the work she has accomplished.

“I would recommend this to anyone who has the determination to do it,” Garcia said. “Yes, it’s very tough, but what has been the most rewarding is training other judges.”

As she leaves the court, Garcia will miss the staff, the attorneys to go before her and even the defendants who were in front of her.

“Valencia County has been so good to me, and I thank them for the trust they’ve given to me.” 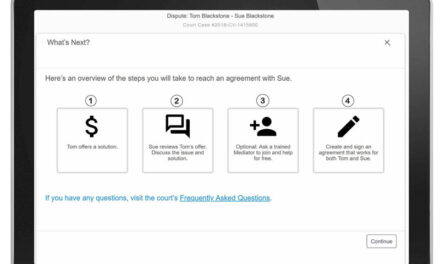 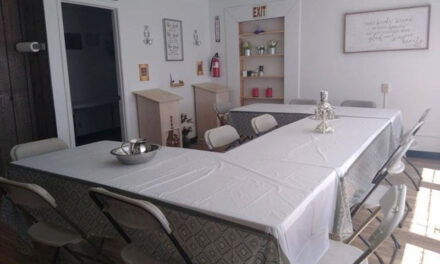