On a November evening in 2020, tourists hiking in Santa Fe County came across a dog caught in a leg hold trap just off the hiking trail — one of five dogs that month alone injured by hidden traps.

This dog was in severe pain, dehydrated and slowly dying. But these two visitors were determined to save her and managed to find a rescue group willing to come out after hours to help. It was early morning before they found her, and she survived-minus several toes.

“Mahlia” was lucky. Mia Tuk wasn’t; neither was Roxy. In 2018 the 8-year-old cattle dog got caught in a trapper’s snare and strangled to death in front of her human companion. Can you imagine this happening to you?

Mia Tuk, a young, endangered Mexican gray wolf, who was being monitored by federal wildlife officials, lost her life in 2015 when she was caught in a trap on public land, and then bludgeoned to death with a shovel by her trapper.

Referred to by many as archaic and cruel, these devices are also indiscriminate, “catching and harming any creature unlucky enough to step on them,” (Kevin Bixby, executive director of Southwest Environmental Center.) Targets become baby animals who die in front of their mommas and vice versa, endangered wildlife (including nearly 50 endangered Mexican  wolves trapped since 2002,) birds (including eagles and ravens) and pets.

Victims lay trapped and terrified, starving, dying from infection, dehydration or predation — unless or until the trapper comes back and finishes them off, by bludgeoning for example, to their final death.

In 1994 and 1996 respectively, Arizona and Colorado passed laws banning trapping on public lands. This year, New Mexico has the chance to do the same. On Feb. 2, Senate Bill 32, the Wildlife Conservation and Public Safety Act, also known as “Roxy’s Law,” passed the Senate Conservation Committee by a vote of 7-2.

This bill would outlaw traps, snares and poisons on public lands, with exceptions for humane intervention by state and federal agencies for ecosystem and wildlife management, scientific research and human health and safety. It would also protect sovereign tribal religious and cultural practices. These same exemptions exist in the Arizona and Colorado laws.

We lost more than 8,000 wild animals in New Mexico from 2019 to 2020. Most were killed for their fur and sold to manufacturers in other states. One senator’s secretary told me she’s even heard of people from other states coming here to trap and steal our wildlife.

As a New Mexican, I feel completely disrespected by that, and I couldn’t find a word stronger than “despicable” in the dictionary to describe it. Janet Evans, chairwoman during the 1994 ruling in Arizona stated, “It should not be our responsibility to provide the raw materials for the east coast fur industry at the expense of wildlife diversity on our land.”

A former trapper from Santa Cruz County in Arizona declared, “Trapping is an archaic form of animal harvest and should be eliminated.”

Many hunters and fishers alike also despise the practice of trapping, believing it casts a black mark on their reputation and ethics.

While reading the stories, history and debates around this issue, I noted the arguments against these laws were founded not on science or truth, but on a plethora of thinking errors, like assuming, wishful thinking, denial and justification. For example: “Trappers help manage wildlife populations by preventing overpopulation.” Truth: traps are indiscriminate — there is no intention. They trap anything and everything, and may actually result in “mismanagement of wildlife populations” (Garrett Vene Klasen, New Mexico Wild.)

“Trappers help limit the spread of disease.” Truth: again, traps don’t target any creature in particular, sick or well.  Moreover, a sick animal that is eaten by another may actually spread disease further.

“Trapping is part of our “heritage.” Truth: So was owning slaves. We finally figured out that wasn’t ethical either.

Richard McKee, of the Sierra Club, called trapping “a cruel and unnecessary hobby,” adding that most don’t rely on trapping for their livelihood. Surely, when your hobby causes suffering and death, it’s time to find a new hobby.

Roxy’s Law will help make our beautiful state safer for us, and for the tourists we hope will help our economy recover from the COVID-19 pandemic. But our slogan must not include, “Beware of traps, snares and poison …”

We need Roxy’s Law to pass. Visit APVNM.org/NoTraps to learn more about Roxy’s Law and how you can contact and inspire your lawmakers to vote yes! Thank you, and be well. 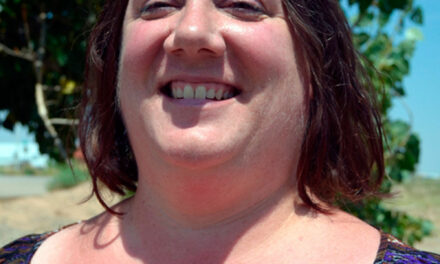 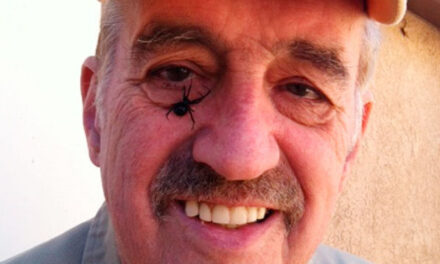