A Valencia County man turned himself in to the Valencia County Sheriff’s Office on Saturday, Sept. 25, and has been charged in connection to the hit-and-run of a 12-year-old girl in Meadow Lake two weeks ago.

Miguel Ortiz, 31, of El Cerro Mission, is in custody and charged with leaving the scene of an accident with great bodily harm, a fourth-degree felony.

Ortiz was booked into the Valencia County Detention Center on Saturday, On Monday, Sept. 27, Magistrate Miles Tafoya  ordered Ortiz could be released on a $15,000, 100 percent cash or surety bond.

However, as of Tuesday evening, Sept. 28, Ortiz was still in custody at VCDC, subject to a no-bond arrest order for a probation violation due to the new charges from the hit and run.

Shortly before 7 a.m., Thursday, Sept. 16, a Los Lunas Middle School student was struck by a silver Dodge Durango while she waited for her bus on the northeast corner of High Mesa Road and Amy Road. She was transported to the University of New Mexico Hospital in Albuquerque for treatment of her injuries.

While still in the hospital, the girl told deputies she was at the bus stop petting her dog, that had followed her from home, when she looked west and saw a gray truck or SUV coming straight at her.

“(The girl) tried running across the road south but was still struck,” the criminal complaint reads. “(She) informed me she was struck on the right hip and then does not remember much.”

The bus driver told deputies on the day of the incident when she was at the previous bus stop at High Mesa Road and Journey Road, the driver of the Durango “blew through her stop sign hauling butt.” She estimated the vehicle was going about 100 mph.

On the same day as the hit-and-run, a woman living on the 300 block of El Cerro Mission Blvd. reported her silver 2004 Dodge Durango stolen.

She told VCSO detectives she noticed the SUV was missing from her front yard at 12:30 p.m. that day.

The description she provided was very close to that of the vehicle which hit the LLMS student.

Deputies asked if anyone else had permission to use the vehicle, which she said wasn’t the case but her boyfriend, Miguel Ortiz, might have a key for the vehicle.

According to the criminal complaint, detectives received an anonymous tip on Friday, Sept. 17, that Ortiz was driving the Durango when the girl was hit at the bus stop.

The next day, Saturday, Sept. 18, deputies responded to a call on the 300 block of El Cerro Loop from a man reporting a vehicle had crashed into a garage on his property.

The man said when he arrived at the property, he found heavy damage to a chain link entry gate which someone had attempted to put back in place.

He then found a silver Dodge Durango crashed into his garage door hard enough to take the door off its hinges.

Because the vehicle matched the description of the vehicle involved in the Sept. 16 hit-and-run, it was immediately sealed with evidence tape by the deputies, which was signed and dated.

The vehicle was transported to the secure lot at the sheriff’s office, with a deputy following the vehicle during transport to make sure it arrived at the lot untampered with.

When the vehicle was processed by detectives, small red specks, which appeared to be a small amount of blood spatter, were found on and around the passenger-side headlight. The sample was tested and showed a presumptive positive for blood. Samples of the remaining spatter were taken for further testing.

On Wednesday, Sept. 22, detectives returned to the home of the woman who had reported the silver Durango stolen. The criminal complaint said she appeared to be scared and trying not to cry when speaking with them.

She eventually told them Ortiz was moving things from their shed to another home using the Durango on the morning the girl was hit.

She woke up at 6 a.m. and Ortiz hadn’t come back; she tried calling him several times and he didn’t answer.

He called her at about 11 a.m., saying he had “run over a little girl … Miguel explained to her that he fell asleep at the wheel and when he woke up he had ran over the girl … When asked why he wouldn’t stop, Miguel told her that he was scared.”

The woman said Ortiz told her to report the vehicle stolen and not say anything.

“With (the woman) having a great fear of retaliation supported by a long past of domestic violence, (she) complied to avoid the abuse,” the criminal complaint read.

She was the person who brought Ortiz to the sheriff’s office Saturday morning.

At the time of the hit and run, Ortiz was on probation for possession with intent to distribute heroin. 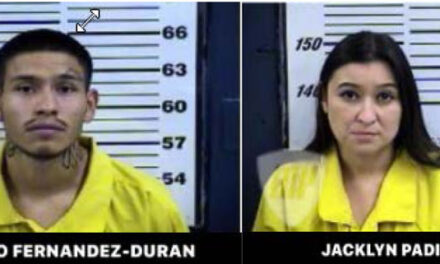 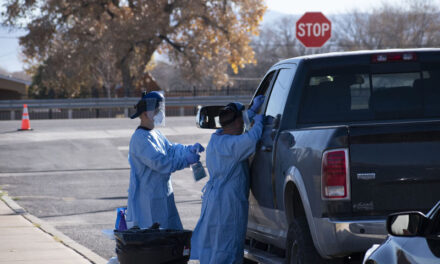 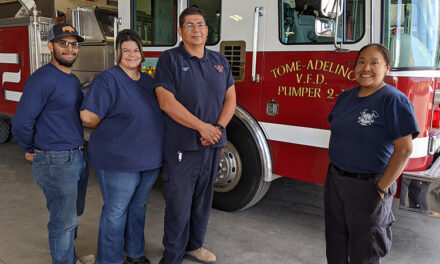 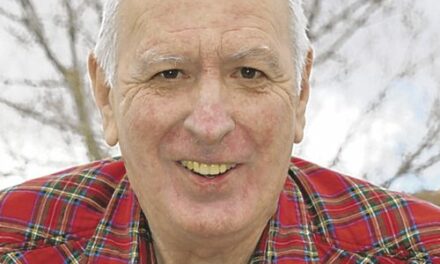