Robert Carlstedt of Los Lunas was found dead in his car with what police say was a single bullet wound on the left side of his torso. Carlstedt’s body was found in his gold 1997 Ford Friday morning in a parking lot near the intersection of Main Street and Los Lentes, behind McDonald’s.

“The employees saw a dome light on in the car when they came to work, and they alerted police,” Nuanes said. “When we got there, we found the victim in the car, already deceased.”

Nuanes said although he’s not sure why Carlstedt was shot and killed, both he and Detective James Harris are following up on leads. The detective said the motive for the shooting is still unclear and no one has come forward as a witness.

“We’ve learned from his family that he had been gone from home since the night before,” Nuanes said. “For him to stay away was not a usual practice for him. He was usually home at night, and he would check in with his family on a regular basis.”

Carlstedt, who moved to Los Lunas in 1981, had spent the majority of his life battling the effects of polio. He was diagnosed with the debilitating disease when he was 5 years old — right after he received his second vaccination for the disease while he was in Florida.

His younger sister, Diane Naan of Los Lunas, said her family was in shock when they learned the news of her brother’s death. She hopes whoever is responsible for the shooting will come forward and tell police what happened.

“I just hope the person will come forward and turn themselves in. I’m also pleading if anyone saw anything or knows what happened to please come forward so no one else has to suffer like this.”

Carlstedt, who had to wear a brace on his right leg and couldn’t walk without the aid of crutches, was an avid ham radio operator. His brother-in-law, Tibor Naan, said Carlstedt had become interested in the hobby 12 years ago.

“He loved doing it,” Tibor Naan said. “His call letter sign was W5RWC and he had a lot of friends around the country who he would talk to. Everyone thinks he was a great guy.”

Carlstedt also volunteered his time to help others. With his skills as an amateur ham radio operator, he helped in several search and rescue operations over the years. He also volunteered many hours at the Veteran’s Administration Hospital in Albuquerque as an emergency broadcaster.

“Robert lived with his mom, Jacqueline, because he needed help just getting around,” his brother-in-law said. “But he was someone who would help anyone he could. He even called bingo at the Belen Senior Center when he could.”

Carlstedt’s sister also said her brother loved to drive. With his custom-built hand controls in his car, Carlstedt would take his car and just drive around, Diane Naan said.

“He was a really good-hearted guy, all the way around,” his sister said. “He would help anyone he could. He always helped me out when I was in a jam, and he would always help out his friends.

“He was a tease, but he was wonderful,” Diane Naan said. “He gave me his love and support, and he was always someone you could go to.”

If anyone has information on this case, call detectives James Harris or Charles Nuanes at the Los Lunas Police Department at 865-9130. 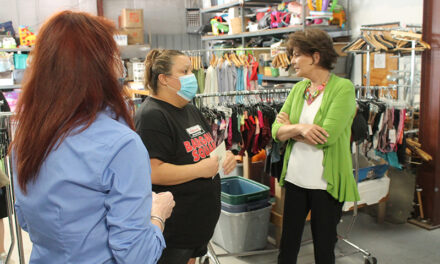