Los Lunas teen Isabella Bizzell has been crowned Miss New Mexico Teen USA and will continue on to the national competition to represent the state later this year.

Bizzell has participated in competitive cheerleading for as long as she can remember. When sudden and unexplained back pain in 2018 forced her to quit, she found out it was due to endometriosis. 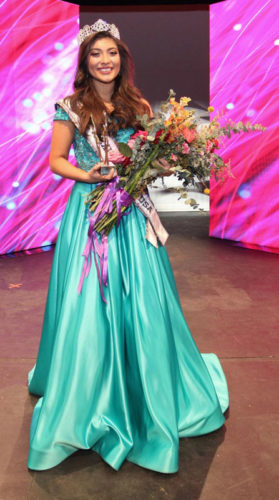 Bizzell said her mother encouraged her to try something else after cheerleading and three years ago, she decided to try pageants and has been hooked ever since.

“I really like doing the interview portion of the pageants,” Bizzell said. “I always come out feeling so excited.”

Bizzell did a lot of preparations for the interviews with the judges.

“We have an interview with seven different judges, and they ask us questions about our bio and try to get to know us in two minutes and 15 seconds, which is not a lot of time,” Bizzell said with a chuckle. “Then we do active-wear, which is like a sports bra and leggings, and then we do evening gowns.”

Now that she won the state title in January, Bizzell has a year to serve in her new role and work with coaches to prepare for the Miss Teen USA competition in the spring.

“Throughout my year as Miss New Mexico Teen USA, I’ll make appearances for pageants or events — anything really — but I do want to focus more on my platform,” Bizzell said. “When I go to Miss Teen USA I can say this is what I’ve done with my title and this is what I want to continue to do.”

Her platform hits close to home by bringing awareness to endometriosis.

According to the Endometriosis Research Center website, “Endometriosis is characterized by the presence of endometrial-like tissue located outside the womb. These fragments are different structurally, and behave differently, from the normal endometrium which is shed during a period.

“With endometriosis, the disease commonly occurs on the pelvic structures (and sometimes beyond), causing severe pain, bowel, bladder or other organ dysfunction, inflammation, scarring and adhesions, and in some cases, infertility.”

“It’s very common actually; one in 10 women have endometriosis but it’s very under researched and underfunded. It takes about seven to 10 years on average to diagnose a woman with endometriosis, which is not OK.”

Bizzell partnered with the Endometriosis Research Center as part of her platform. In August 2019, she raised $1,500 through a fashion show fundraiser, which benefited the research center.

She plans to do more work with them during her year with the state title.

“This has been something I’m very passionate about. With or without a title, I wanted to be able to raise awareness but, with my title, it can help me with having a bigger platform,” Bizzell said.

The Sandia Preparatory High School senior is an Odyssey Scholar, meaning she creates a course of study that culminates in a final capstone project.

“I get three free periods out of the day, which is actually a lot of time to focus on my area of study,” Bizzell said.

Her area of study aligns with her platform of endometriosis awareness. After high school, Bizzell wants to attend the University of New Mexico and try out for the co-ed cheerleading team.

“I want to major in psychology and definitely want to go to med school to study and eventually specialize in endometriosis,” Bizzell said.

The teen has come across many misconceptions about pageant competitions.

“It’s more than just a beauty pageant. I think it focuses on inner beauty and, if you have a platform, what you want to do if you have the title and if you will represent New Mexico well,” Bizzell said. “I’m so excited to represent my state. I think it’s so beautiful and want to shed more light on the positive aspects of New Mexico.” 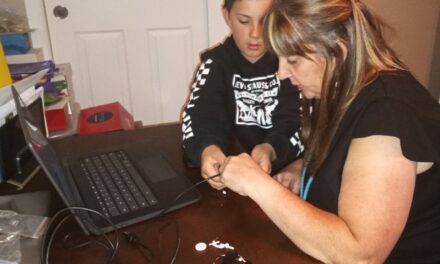 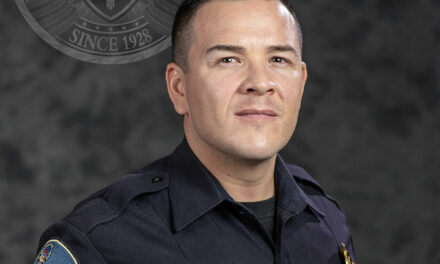 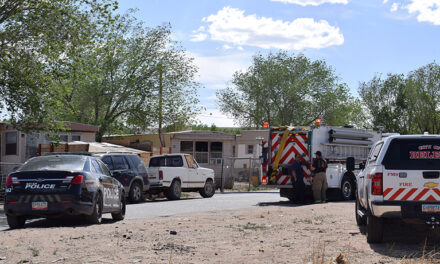