I watched another movie Saturday night about police using fatal force in black communities. The film is titled “The Hate U Give,” and is taken from a song by the late activist rap artist, Tupac Shakur — the premise being that how we treat children affects who they grow up to be.

What I particularly like about this movie is that it is taken from the debut novel, of the same title, written by Angie Thomas, who gives us a young, black, female’s perspective.

I ordered the book after watching the movie because the story was so compelling. It gives white people a perspective on how, even if a person does not want to be racist, white privilege can obscure subtle racist ideas received in childhood.

As a white woman, I’ve learned that shedding racist ideas about people requires investigation, uncompromising self-reflection and a willingness to listen to feedback from black, Native American and Hispanic friends and acquaintances.

The movie asks us to open up conversations about racism and police brutality, the latter which can come from black police officers as well as white.

“The Hate U Give” is a coming-of-age story about 16-year-old Starr Carter, whose parents enrolled her in a predominantly white school so she could obtain a good education and hopefully a better life than her parents.

After witnessing the police shooting of her childhood friend, Kahlil, Starr becomes politicized and turns to activism for justice.

The book was published in February 2017 and debuted at No. 1 on The New York Times young adult best-seller list. It is an expanded version of a short story Thomas wrote in college following the police shooting of Oscar Grant III.

Grant was a 22-year-old African-American man who was fatally shot in 2009 by BART Police Officer Johannes Mehserle in Oakland, Calif.

Khalil is being raised by his grandmother, who was diagnosed with cancer. He started working for King, a local drug dealer, in order to help the family financially.

This scenario reminded me of an essay I read some years ago by Baynard Rustin, a civil rights organizer and an adviser to Dr. Martin Luther King Jr. in the 1950s and ’60s.

The essay, “From Protest to Politics,” appears in “A History of Our Time,” edited by William H. Chafe and Harvard Sitkoff. It’s about why some young black men turn to illegal enterprises.

“Some of the healthiest Negro youngsters I know are juvenile delinquents: vigorously pursuing the American Dream of material acquisition and status, yet finding the conventional means of attaining it blocked off, they do not yield to defeatism but resort to illegal (and often ingenious) methods,” Rustin wrote.

The essay might equally apply to Hispanic and Native American youth, and these days, to poor white youth as well.

Rustin goes on to say, “It is a double cruelty to harangue Negro youth about education and training when we do not know what jobs will be available for them.”

We have to remember — and this is why I am such a stickler for learning history — the immigrants who came to this country during the late 19th and early 20th centuries entered a society which was expanding territorially and economically. Rustin writes that it was then possible to start at the bottom as an unskilled or semi-skilled worker and move up the ladder of economic success acquiring new skills along the way. This was especially true when industrial unionism was burgeoning, giving new dignity and higher wages to organized workers, he said.

Today, the situation has changed and many of the better-paying jobs are gone, outsourced where cheaper labor can be found. The situation decreases opportunities for American workers of every race.

“The Hate U Give,” is out on DVD and available at Redbox and other movie outlets. The movie ends on a hopeful note and I highly recommend renting it. 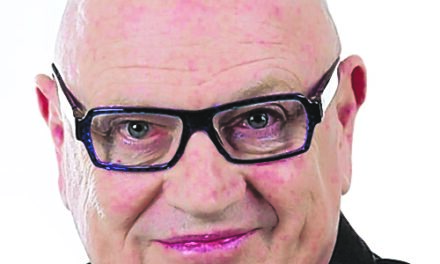 Retirement is all about cash flow