While holding court recently, I was approached by a defendant who politely inquired as to when Rio Communities was going to “get a real courtroom.” I informed the curious individual that we did have a courtroom and they were, in fact, sitting in it as we spoke.

Their question was honest and funny and it made me laugh. However, it reminded me there are many questions surrounding municipal courts — especially the newer ones — and this could be an excellent opportunity to enlighten the residents of Valencia County with some of the inner workings of these courts of limited jurisdiction.

Jurisdiction is a fancy word for authority, which means that courts of limited jurisdiction have limited authority. Cases heard are violations of adopted municipal ordinances (i.e., city laws) and usually involve traffic citations (e.g., speeding) or code violations (e.g., illegal dumping). These types of violations are considered petty misdemeanors and being convicted of a petty misdemeanor can result in a fine of no more than $500 or 90 days in jail, or both.

Court costs of $29 are assessed to every guilty or no contest plea, and finding of guilt during the trial, regardless of the sentence handed down by the judge. Sentences can consist of fines, community service, essays, traffic school or some creative combination of each depending on the defendant and their specific circumstances.

For example, I have made a regular practice of offering traffic school (with other conditions) to defendants convicted of certain speeding violations as long as they have a clean driving history. If they fulfill the conditions set forth in the judgement and sentence, the citation is dismissed and will not go on their driving record.

I believe in second chances, and feel the safety of the city is paramount. Monetary penalties are often appropriate but do little to educate the defendant on how to improve their driving to avoid future violations, or worse, a traffic accident. I’m proud to report that of those sentenced to traffic school, not a single defendant has returned to my court for speeding or for not fulfilling the conditions agreed to in court. It’s clear that lessons are being learned and, at least in Rio Communities, driving behaviors are improving and becoming safer.

There are five municipal courts in Valencia County: Belen, Bosque Farms, Los Lunas, Peralta and Rio Communities. Each court has a municipal judge elected by the residents of their respective city. We are elected to four-year terms and do not have terms limits. As unbelievable as it sounds, we really can serve as long as we hold onto the faith and trust of our constituents.

We all do things a little differently, within the confines of the law, but we do have a shared commitment to the safety and well being of our municipalities.

You’re likely to see us at football games, the grocery store or church services. Our children probably even attend the same schools. This is one of my favorite things about serving my community in this capacity — our municipalities are small so we will know many of the people who appear before us.

We even have the authority to perform marriage ceremonies as long as they take place within the boundaries of the city. However, please keep the following in mind. Regardless of how small our city is, or how well you know us, we are real courts, we are real judges, and there will be very real consequences if one chooses to discount or ignore a summons, penalty assessment, court order or judgement and sentence.

(Rio Communities Municipal Judge Heather Benavidez, B.A., MPA, has presided over the municipal court since its creation in 2013. She’s worked in both the judicial and executive branches of state government for 16 years; first with the 13th Judicial District Court and currently with the New Mexico State Treasurer’s Office.) 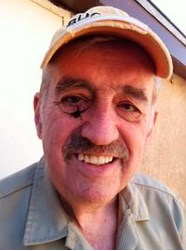