Home » Opinion » Columns » My heart breaks for him and others

My heart breaks for him and others

He was supposed to be Col. Mustard. A tall, lanky, awkward Col. Mustard but I’m pretty sure the man-child sideburns would have lent a certain credibility to the role.

Now, that’s done. We are less than a month into the coronavirus pandemic here in New Mexico, and it has completely upended my kid’s life.

A member of the class of 2020, everything has come to a screeching halt for him and thousands of other seniors across the state and millions nationwide.

I know his situation isn’t unique or any more heartbreaking than others, but it kind of is. Because it’s his heartbreak and he’s my kid. I take all this terribly personally.

For four years, he’s been a drama kid. Finding a home among the greasepaint and fake blood, learning stage combat so he could be Murderer No. 1 in the play that shall not be named. Fretting about costumes, forgetting his undershirt and spending days scrubbing colored spray out of his hair. Auditions and waiting and cast lists and scripts and getting off book.

These were the things that brought him joy. Like any activity, especially one in the maelstrom that is high school, gave him a peer group that accepted his weird self. That made his oddity normal. That’s really all we can ask for in life.

After he debuted his role as The King of the Monkeys in their production of “The Wizard of Oz,” in early March, the next big thing was the final spring play — “Clue.” He auditioned, and after a fingernail-biting weekend of waiting, the cast list was posted. He was Col. Mustard.

This was it. One of the leads in his final high school production. Going out on top his senior year. And then … then it was gone.

My brain grapples with it and thinks, ‘Well maybe they could just, you know, do the play real quick. We’ll sit far apart …”

As a parent, this hurts. It rends my heart and I feel completely helpless. There’s nothing I can do to fix this. All I can do is help him mourn this loss, which means being a literal touchstone for him. So often he reaches out to hold my hand, bends his 6-foot, 4-inch frame low to rest his head on my shoulder, falling into himself.

He stands in my kitchen, forlorn and kind of dazed. Staring into a future that seems more uncertain by the day.

He was a bit ambivalent about college to begin with, unsure what he wanted to do with the rest of his life, like many of us at that age and even now. His dad and I have tried to help him understand that few people have a real solid plan for life. It’s mostly just making it up as we go along.

But he’s not great with things being on the fly. He likes to know what comes next, a planned sequence of events. If something is going to change, he needs plenty of warning. It’s the way his brain works and I know that. And I sit here, completely unable to tell him what comes next.

I want to say with utter confidence that he can apply to college, guaranteed that classes with start this fall without a hitch. But I’m kind of unsure about that. I’m assuming classes will start in August, but I initially assumed kids in New Mexico would go back to campuses in a few weeks.

Yet here we are, planning a spring without baseball and track, without proms and limos, without plays and graduations. Without so many touchstones of life that so many of us look back on with if not happiness but at least some fondness. If nothing else, just the sense that we survived the experience.

Now even the chance for those experiences is gone, and I don’t know what to say. He slumped on the futon last night, as I did my best to find a better time ahead for him. Drama will come back. There will be other plays.

But what’s the point, he countered. Why put all this time and energy into doing something you love if it can be taken away by anything or anyone. The human struggle distilled by a 17 year old.

I told him the only thing I could — I would rather do what I love and lose it than never do it. It’s a crappy, rather trite answer but it’s all I have right now.

Beyond that, all I have is the hope that, like water, the class of 2020 will find its level.

Will things “go back to normal?” No. There’s now a demarcation in our world — pre-virus and post-virus.

Things will be different going forward. There will be holes in us, as individuals and as a whole, but we will all find our level. We have to. 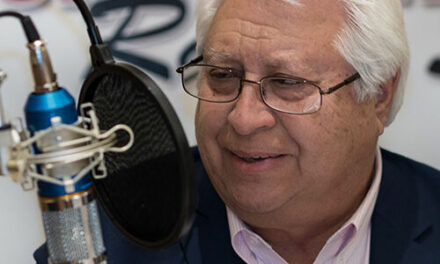 Will inflation kill your retirement? 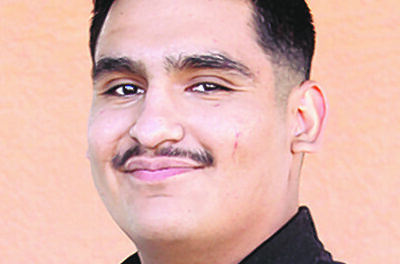 How easy is his job?