During a special meeting with staff members of the New Mexico State Environment Department, the group brought up why they believe the plant is harmful to the sacred land.

The Camposanto, the Tomé cemetery, is located near the wastewater treatment plant owned by New Mexico Water Service Company, a subsidiary of the California Water Company. Maura Hanning, the NMED program manager, provided a brief background on permitting-information and the regulation process.

Residents of the area asked Hanning why the plant was built there in the first place. In the past, the NMED has placed one ad in the legal section of the newspaper to announce the process.

“How is this happening?” asked Rita Padilla-Guttierez, a board member of the association. “The process has been inadequate at best. We need to improve public notice guidelines.”

“We’re here to get a sense of your concerns. Some of them we can and can’t address,” Hanning said. “When we review the application, we will think about those concerns.”

Hanning told the group that the NMED plans to send announcements to neighbors in the area and place a placard near the cemetery entrance to help enhance public notice.

In 1997, the state began the process to approve a renewed discharge permit for the Rio Grande Utility Cooperation — now operated by New Mexico Water Service — at its Tomé wastewater treatment plant.

The permit allowed for discharge of up to 300,000 gallons per day of treated and disinfected domestic wastewater, according to a document released by the environmental department at the meeting.

The permit allowed for water to be applied on 418 acres of grassland or discharged on a temporary basis into one of 11 existing infiltration lagoons.

In January of 2002, modifications were requested by the utility company in its application to renew the permit. Requested changes include the discharge of treated water to La Canada La Loma de Arena under a NPDES permit issued by the EPA. The corporation wants to discontinue the land application of wastewater on the 418 acres and remove the infiltration lagoons located north of the treatment plant.

They also want to reconstruct the five infiltration lagoons, located east of the plant, into one synthetically-lined lagoon for emergency storage.

“We’ll be glad to attend the public hearing. We have nothing to hide,” said Ron Hay, operations manager of New Mexico Water Services, in a telephone interview. “We have no violations. We’re meeting all environmental regulations and we are not endangering the cemetary. We’re willing to show everything we have, any report. It’s all public information.”

Ramon Torres talked about the 300-year history of the camposanto. He said at least 1,000 unmarked graves are located inside the walls of the cemetery.

“People see it and it looks small,” he said. “The church has never been compensated for developing on the land or the sewer plant.”

Hanning was surprised to find out that a working domestic well is still in operation near the trees lining the cemetery. “An eight-inch (pipe) well is 10 feet from the fence,” Torres told Hanning. “To this day, it is used for irrigation and drinking. It was built before the plant came in.”

Ray Garcia, another association member, expressed his fear that the more development in the area, the more the treatment plant will cause an undesirable odor.

“I find it extremely offensive to have this plant next to the camposanto. It’s a spiritual issue. I don’t live far from it. I’m afraid it will become so big it will start to stink,” Garcia said.

“It’s an insult to put it here. What about our property value? We value our yards and homes,” he said. “There’s one big neighbor here, the VIA, who doesn’t care about us. This group is trying to fight for environmental justice. I want it moved.”

Those present at Sunday’s meeting said they worry about groundwater contamination from the plant. Another woman in the audience also shared her frustrations.

“It’s inconceivable to think about the groundwater where people are drinking four feet down,” she said. “Everyone is going to get sick. It doesn’t make sense. This water is a source of life for people in the desert.”

The owners of the wastewater plant are required to test the water four times a year and are given specific due dates by the state for when the samples must be sent in, Hanning said. The Historic Tomé-Adelino Neighborhood Association said it wants to see the numbers of self-monitoring by the VIA as a high priority.

County Commissioner Alicia Aguilar, who was present at the meeting, encouraged the environment department to look at alternatives.

“There needs to be cooperation,” she said. “How can you do it right now? There are alternatives to this permit. This is a public and safety issue. With all of the growth on the east mesa, it’s going to get worse if you don’t do something now.”

Hanning said her report will reflect input from the people present at the meeting on Sunday night. She said the NMED staff will study the well, get samples of the groundwater and suggest other studies in the arroyo.

At an upcoming public hearing, the department will also provide data from spreadsheets relating to self-monitoring of the wastewater plant. The community is invited to the next public hearing on the wastewater treatment plant and the camposanto on Tuesday, Sept. 24, at 6 p.m. at Tomé’s Immaculate Conception Catholic Church. 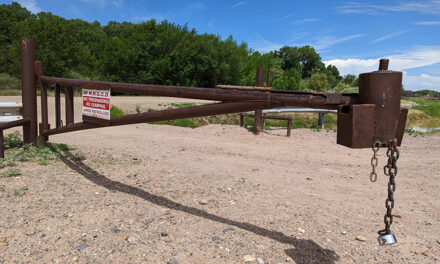 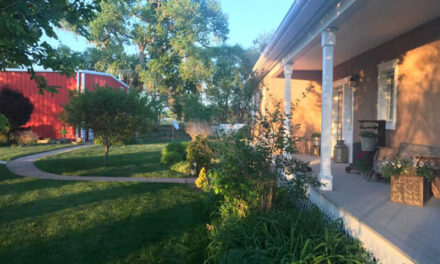 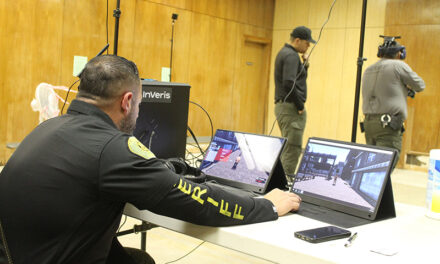 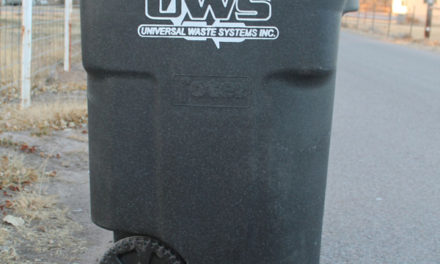