Facing a slowdown in vaccine demand, Gov. Michelle Lujan Grisham on Tuesday launched an incentive program that will offer $10 million in cash prizes to New Mexicans who have been vaccinated and opt in to a lottery.

The state will award $250,000 to one winner in each of the state’s four public health regions every week for five weeks, starting in mid-June. The regional awards add up to $5 million altogether, with $1 million distributed each week.

A grand prize of $5 million will be offered in August.

“Getting vaccinated is the right thing to do — for yourself, for your family and for your state,” Lujan Grisham said in a written statement. “I’m excited to add a little fun to our nation-leading vaccination push.”

To be eligible, residents must opt in at the state’s new “Vax 2 the Max” website. Winners must show their federal vaccination card to claim their prize.

The registration deadline will be 6 p.m. the day before each drawing. A schedule will be announced later this month.

Anyone who doesn’t win will be entered in the next week’s drawing.

Participants in the contest must be 18 or older and a resident of New Mexico. Employees of the Governor’s Office or the New Mexico Lottery — in addition to appointees of the governor — and their households cannot participate.

Funding for the program comes from federal stimulus funds.

The state is also launching other incentive programs, including “staycation” packages, fishing and hunting licenses, and passes to state parks and museums.

The package of incentives is designed to encourage New Mexicans to roll up their sleeves and get a shot to protect against COVID-19.

New Mexico was stuck for a few days last week at 55% of its population 16 and over fully vaccinated — 5 percentage points away from its target of 60 percent. Lujan Grisham said her administration plans to lift capacity restrictions on businesses once the state reaches the goal.

But demand has fallen as the New Mexicans most eager for the shot have already got it. At least one recent shot clinic was canceled in Albuquerque after so few people signed up for the vaccine.

Nonetheless, about 65 percent of residents 16 and over have received at least one dose, indicating the state can clear the 60 percent threshold if everyone who needs a second shot returns to complete the series.

Other states are also offering incentives. 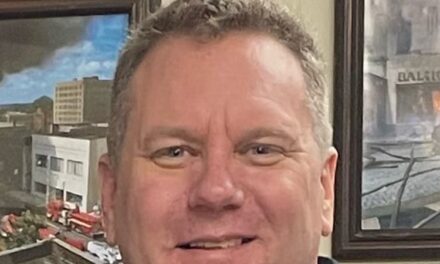