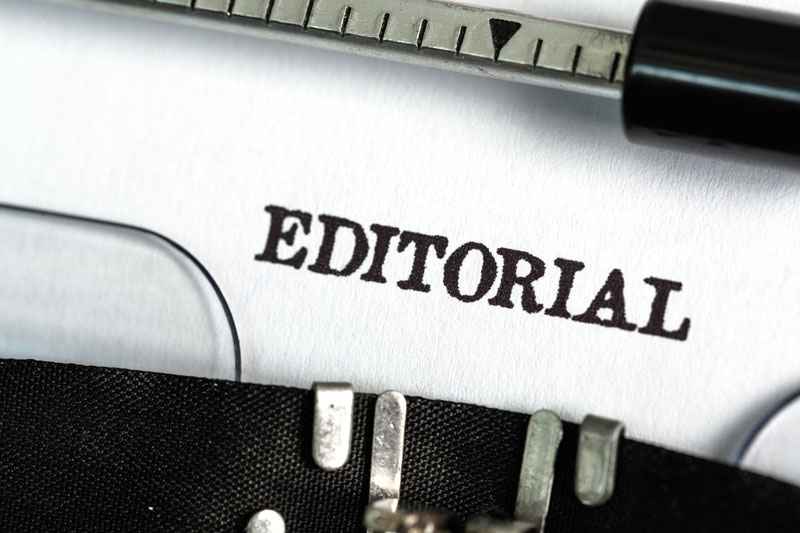 The News-Bulletin has instituted a new policy regarding letters to the editor about individual political candidates. We now consider them to be paid political advertising.

In the past, the News-Bulletin has not allowed letter writers to endorse political candidates on the opinion page. This is still our policy, but these particular letter writers will now have an opportunity to have their letters endorsing or even criticizing candidates published if they pay for it. These letters will not appear on the opinion page.

Letters urging a particular action on a candidate — local, state or federal — are doing the same thing as political advertisements. In fact, sometimes candidates or supporters organize letter-writing campaigns, which function as an effort to get free advertising, one of the commodities we sell.

Like any other business, the News-Bulletin needs revenue to cover expenses, including the cost of printing pages of political letters. Plus, it’s not fair that candidates have to pay for their ads but others can get out a message against them for free with a letter.

Other newspapers in the country have followed similar practices for years. Close to home, the Rio Rancho Observer, and El Defensor Chieftain are following suit and will no long print letters of endorsement or criticism of candidates for free.

Under the new policy, anyone can pay to get a candidate letter in the News-Bulletin. Unlike those published for free, there is no limit on length or how often writers can submit these types of letters. However, the last candidate letter of the election season must run two Thursdays prior to the election so on the last Thursday before the election, candidates have a chance clarify their positions or to defend themselves against any attacks.

To be clear, the new policy refers to any opinion piece about a specific candidate or candidates who have announced a run for office in any governmental election open to Valencia County voters.

Letters discussing governmental officials who have not announced candidacy will run for free, as long as they’re not calling for the placement of a candidate on the ballot.

We won’t charge to run letters about any other government or political subject, including bonds, legislation and other measures on the ballot. Free-letter writers can make general statements about all candidates with a particular stance, as long they don’t point to specific candidates.

Letters unrelated to politics or elections will still appear for free.

If you’re not sure if your letter will require payment, send it to us for review. We’ll let you know what classification it falls into, and you can get price information and decide on your next steps.

Candidate letters will be marked as paid advertising and appear on various pages. The paid, political candidate letters must be paid for by 5 p.m. on the Friday prior to the Thursday when the writer wants it to appear.

Remember, all letters must abide by our longtime rules. They must be signed with the writer’s name and city of residence, and they cannot be libelous, vulgar, obscene or excessively inflammatory.

The News-Bulletin will still provide news coverage of elections, candidate declarations and events leading up to elections, including candidate questionnaires published for free.

We fully support the right of our fellow community members to exercise freedom of speech. The News-Bulletin just asks that if people use our paper to exercise that right by endorsing or opposing a candidate, they help support the production of those pages.

It’s time to get counted

Our View: Welcome back, Wayne