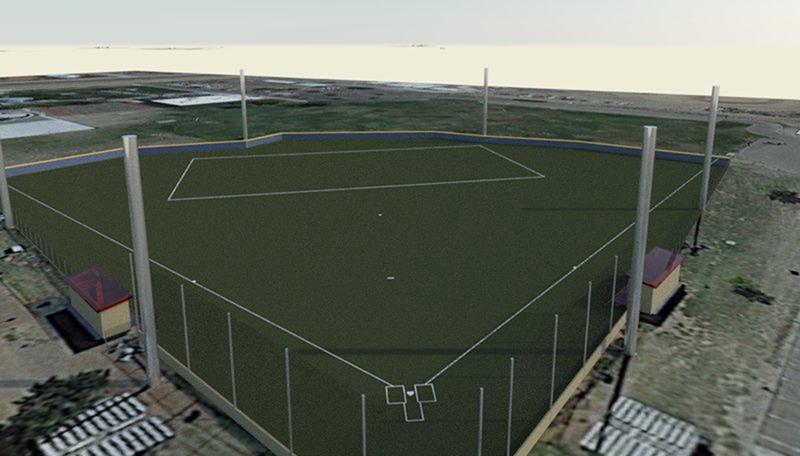 LOS LUNAS — The baseball fields in the northwest corner of Daniel D.  Fernandez Memorial Park are scheduled for a face lift later this year when it gets resurfaced with turf.

“It has needed some love for a while. For the longest time it was … our only field for many years,” said Marcos Castillo, village of Los Lunas recreation supervisor, said. “Many people remember playing softball leagues out there. It’s kind of gone into a little bit of disrepair, but doing turf fields is the wave of the future right now. Just how nice they are, how low maintenance, the versatility of them just makes it the way to go.”

The $1.4 million refurbishment also includes new fencing around the field. The existing lights and bleachers will be kept.

The upgrade will also allow the field to be used by varsity baseball and both fast-pitch and slow-pitch softball leagues across the county. It will also be fitted to host the community center’s flag football league.

This will be the first full-sized baseball and softball field in the department’s inventory, other than the fields at Enchantment Little League.

Castillo said the department is excited to expand “what they are able to do,” and the sports and activities they are able to host, such as the regional baseball tournaments they host at the park every March.

“All of our fields are pretty much seven days a week, so adding another really nice, perfectly-maintained field into our inventory is super exciting,” he said.

While the project is still in the design phase, with only the first renderings of the refurbishment completed, Castillo said he has hopes for construction to begin shortly following the start of the new fiscal year on July 1.

This new turf field is not a part of the incoming 19,000 square-foot expansion of Daniel Fernandez Recreation Center, which began earlier this month.

The more than $6 million expansion to the center will include a second gymnasium, three program rooms, an additional restroom, a new entry, and office space for staff.