LOS LUNAS —A New Mexico State Police officer is credited with stopping an armed robbery in progress earlier this month and arresting the suspect.

At about 5:35 p.m., Friday, Jan. 14, New Mexico State Police officer Domnick Meadows was on patrol in Los Lunas when he saw an O’Reilly’s Auto Parts employee running after two individuals from the store at 1401 Main St. SW.

The men were wearing all black clothing with black face masks, running towards an open field behind the store.

Meadows jumped out of his marked patrol unit and gave chase. After a brief foot pursuit through the field, the officer caught one of the suspects, later identified as Armando Piro, 27, of Los Lunas, who was arrested without further incident.

Through investigation, Domnick Meadows learned Piro and the second suspect had stolen motor oil and transmission fluid. In the store, the manager approached Piro, who allegedly lifted his shirt to reveal a handgun in his waistband. Piro and the second suspect then took off running from the store with the oil. The manager followed them but stopped when he believed Piro was reaching for the handgun in his waistband.

The stolen oil was recovered, and Piro was booked into the Valencia County Detention Center. He is charged with armed robbery and aggravated assault with a deadly weapon. Piro was also on probation for residential burglary, possession of controlled substance, and fraudulently obtaining a motor vehicle.

The identity of the second suspect is under investigation by the New Mexico State Police. 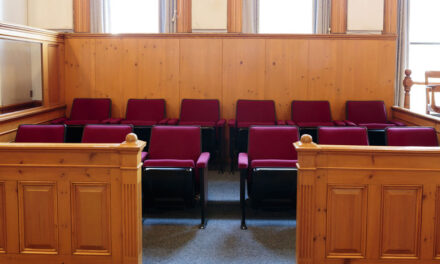