Debra Rosemary Almaraz, age 59, a resident of Albuquerque, our beloved wife and mommy, entered into eternal life on the Feast Day of St. Maria Goretti, July 6, 2020.

She was a member of St. Thomas Aquinas Catholic Church in Rio Rancho.

Debra is preceded in death by her parents, Fernando and Petrita Tafoya.

A viewing and a Rosary were held on Tuesday, July 14, at Romero Funeral Home Chapel. A Funeral Mass was held Wednesday, July 15, at St. Thomas Aquinas Catholic Church, in Rio Rancho, followed by interment at Our Lady of Belen Memorial Gardens.

He was born Feb. 3, 1956, in Colonial de Juarez, Chihuahua, Mexico. Mario lost his battle to IV pancreatic cancer, after fighting the disease for three years. He lived a comfortable life, only suffering from not being able to eat the last two months; and Mario loved to eat!

Upon graduating from Deming High School, Mario joined the U.S. Marine Corps. He was an amazing mechanic in Albuquerque; he worked for J.R. Hale and Albuquerque Asphalt. Thank you, both companies for being good to Mario.

He was an incredible man, who will not soon be forgotten and be forever missed.

Mario is preceded in death by his parents, Antonio and Benita Hernandez; and sisters, Angela Hernandez and Hortencia Camerena.

Toby Jaramillo, age 78, born in Belen, and a long-time resident of Socorro, passed away peacefully on Monday, July 6, 2020.

He is preceded in death by his beloved wife, Ermelinda Jaramillo; and his parents, Margarito and Ramona Jaramillo.

Toby served six years in the Army National Guard and was stationed at Fort Ord. He was also a successful businessman, and for many years, the owner of Tre-Mart Lumber.

Toby served as a Socorro County commissioner for four years and as a Socorro City Council member for the last seven years. He was a loving and devoted husband, father, grandfather and great-grandfather. Toby was well known for his love of music and service to his community.

On Dec. 19, 2019, he celebrated with family and friends, Toby’s 50th Annual Christmas Food Drive, serving more than 300 families in December and more than 60,000 Christmas meals over the years. Toby loved his friends, who, year after year, worked alongside him to coordinate this event. He believed that the food drive brought the community and families together to celebrate the true meaning of serving others.

Toby and Ermie were happily married for 52 years. Throughout their marriage, they were active members of the Catholic Church and the Spanish Choir at the following churches, St. Ann’s Catholic Church, in Albuquerque, San Antonio Catholic Mission, in San Antonio, and San Miguel Catholic Mission, in Socorro, where they served as directors of the Spanish Choir for 30 years. Toby and Ermie cherished their friends who sang alongside them. They were well known and respected in the church and community of Socorro.

They served their community with great love and joy and both were true servants of the Lord. The Archdiocese of Santa Fe awarded Toby and Ermie with the St. Francis of Assisi Award for their dedicated years of service to the church and their community.

Thank you, Dad, for all of the beautiful memories, life lessons, love and devotion that you gave our family. Thank you for showing us how to serve others. We will miss you dearly and will cherish the time God allowed us to share with you!

Due to social gathering restrictions, private services were held both in Socorro and Belen. An escorted vehicle procession was held in Socorro to honor Toby’s service to the community.

She was born in July 1935, in Mount Taylor, N.M., moved with her parents to Los Lunas as a little girl and graduated from Los Lunas High School.

Joan was the daughter of the late Eleanor Diaz and Luciano Lovato. She married Clemente Romero and made Tomé her home for the rest of her life. Joan worked at the Los Lunas Hospital and Training School for 30 years, where so many coworkers became family. She was an active member of the Immaculate Conception Catholic Church in Tomé.

Joan took pride in hosting Las Posadas in her home and making her delicious food for many who attended. She had an infectious cheerful personality and a love for life like no other. Joan loved climbing El Cerro de Tomé, cooking, spending time with her family, trips to Las Vegas, Nev., and she enjoyed working in the yard.

She was preceded in death by her parents, Eleanor Diaz and Luciano Lovato; the father of her children, Clemente Romero; son, Alfred “Freddy” Romero; sisters, Ellen Place and Mary McCarroll; and brothers, Benny Valenzuela and Robert J. “Bobby” Valenzuela.

Because of COVID-19, services will be for family only. A Mass celebrating Joan’s life will be scheduled at a later date when it is allowable for all to attend safely. 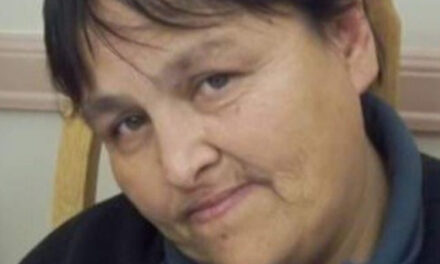 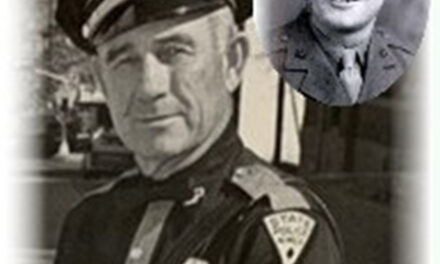