He was born in Belen to Johnny and Dolores Cordova. Gilbert went to school at Belen High School. He married Elizabeth Cizan in 1989 and had a son, Brad Gilbert Cordova.

Gilbert studied at TVI to become a truck driver, which he did for 33 years. The people who know him best describe him as a kind and humble man, always willing to help people, even if they didn’t deserve it, made people feel special, and was extremely generous, empathetic, clever, humorous, introverted, thoughtful and stoic.

He is preceded in death by his mother, Dolores Cordova; and mother-in-law, Patsy J. Cizan.

Pallbearer will be Brad Gilbert Cordova.

The family of Gilbert Cordova wishes to extend our sincere thanks to Romero Funeral Home, Our Lady of Belen Catholic Church and all their friends and family for their prayers and support.

LeRoy was a beloved husband, father, grandfather, son and brother. LeRoy was a member of San Clemente Catholic Church; our sincere gratitude to Rev. James Marshall and Father Francisco for their spiritual guidance.

LeRoy was preceded in death by his beloved mother, Lorrie Garcia; and brother, Alex.

LeRoy was a man of strong faith and lived his life as an example to his family and friends. In this life, his favorite role was being a grandpa “Pops.”

All services were held at the San Clemente Catholic Church on Tuesday, June 23.

In memory of LeRoy, and in lieu of flowers, donations can be made to the San Clemente building fund, or Our Lady of Guadalupe building fund. We thank everyone for the prayers and support we have received.

She was a member of Christian Faith Chapel in Belen. Elizabeth was a 1979 graduate of Belen High School. She was an outstanding athlete, excelling in basketball and track.

Elizabeth loved camping and going on vacation with her two sons, Marcus and Zachariah. She loved arts and crafts and always had many projects she was working on.

She is survived by her two loving sons, Marcus and his wife, Ashley, of El Paso, Texas, and Zachariah, of Los Lunas; her two loving brothers, Danny (Mary Alice) and Mike (Audrey); and many loving nieces and nephews.

Services will take place on Monday, July 13, at Romero Funeral Home Chapel, beginning with a visitation from 10-11 a.m., and a service at 11 a.m., with Pastor Rudy Espinosa officiating. Interment will take place at a later date.

He is also survived by several uncles, aunts and numerous cousins from both sides of the large family, which include Albuquerque, Santa Fe, Tularosa, Alamogordo, Colorado, Arizona, Alaska, Texas and Utah.

Leon worked at Southwest Glass and Glazing in Albuquerque, where he was well liked by his fellow employees. He was also an avid bicycle rider, enjoying himself while visiting his family. His large smile and robust laughter made a huge impact on everyone that was around him.

Leon was an organ donor and three people have benefited as a result of his generous organ donations. He was our hero! Leon was dearly loved by everyone and will be missed now and forever by all who knew and loved him.

Cremation has taken place. Services will be held at Romero Funeral Home Chapel in Belen on Friday, July 10, beginning with a visitation at 10 a.m., a funeral service at 11 a.m., and interment will be at a later date in Taos.

A beloved mother, wife and grandmother, Caroline will be missed by all who were blessed to know her.

She is remembered by many for her work as a New Mexico state library director, and her capable oversight of the New Mexico SW Regional Bookmobile service. Her expertise and wonderful stories about the Bookmobile service made her a sought-after speaker for both national and regional library conferences.

In the 1970s, she and her husband lovingly opened their home for weekly Bible study, prayer, worship and fellowship. It became well-known as The Fellowship. Many pastors, teachers, missionaries and Christian leaders visited and participated in those gatherings.

Caroline was preceded in death by her husband, Alexander J. Mruczek; their son, Stephen Mruczek; and granddaughter, Nicole Mascarena.

Caroline’s remains will be interred with her husband’s at the Santa Fe National Cemetery.

Over the years, if you ever received an occasion card from her, you probably noticed the following scripture reference: Numbers 6:24-26 “The Lord bless you, and keep you; the Lord make His face shine upon you, and be gracious to you; the Lord lift up His countenance on you, and give you peace.”

Mauro was a kind, giving, loving man, father and grandfather. He loved his family with all his heart. Mauro always helped and looked after all his brothers and sisters when they were growing up. He was like a second father to them.

He was a hard worker all his life, always willing to help anyone in need. Mauro worked as a landscaper and also worked with masonry. He loved gardening, singing and dancing.

Mauro was preceded in death by his parents, Eduardo and Elvira Pillado; and his brothers, Ramon and Eduardo Pillado Jr.

His beautiful smile and presence will be dearly missed and will be forever in our hearts.

Services were held at Noblin Funeral Home. Interment was at Our Lady of Belen Catholic Cemetery June 23, 2020.

May he enjoy everlasting life and have a share in God’s eternal happiness. Until we meet again.

There is no funeral planned at this time.

Brian Dee Williamson, a resident of Veguita, passed away peacefully in his home surrounded by his loving family on June 25, 2020.

Brian was born in Salem, Ore., on Dec. 28, 1947, to Francis D. Williamson and Gertrude Wilhelmina Pingle. He enlisted in the U.S. Army as Army tactical communications chief in June 1965. Brian proudly served as a Vietnam veteran and was honorably discharged from the U.S. Army in June 1968.

After his military service, Brian attended college at NMSU in Las Cruces and majored in journalism. Shortly thereafter, he was sworn in as police officer for the Las Cruces Police Department. Brian then subsequently served as a deputy sheriff in Aspen, Color., and a detective in Ogallala, Neb. He proudly served as a uniformed police officer over a span of nine years.

In 1977, Brian became a signalman for Union Pacific Railroad. In 1982, he was then transfer to BNSF in Belen, and worked for them until he retired in 1989.

Brian’s passion was playing his guitar and singing country music. He was a rhythm guitarist and vocalist for the country swing band Leather and Lace. Brain was known as an accomplished songwriter and was a member of the New Mexico Songwriter’s Association. His talents earned him several awards for his musical talents from the New Mexico Country Music Association.

Brian is preceded in death by his parents, Francis D. Williamson and Gertrude Wilhelmina Pingle; his brother and sister-in-law, Bill and Kristina Williamson; and his sister, Sharon Broadbeck.

Brian’s passions were his love of his country, U.S. veterans, and country music.

In lieu of flowers, please send donations to Disabled Veterans of America, Vietnam Veterans Memorial, or any veteran organization of your choosing.

Brain’s life celebration will be held at a later date. 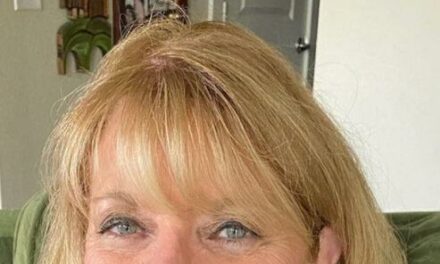 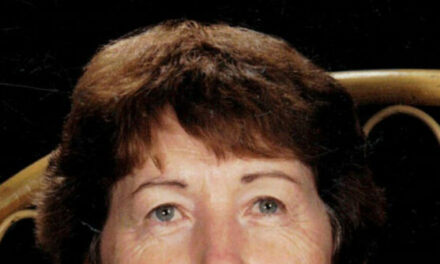 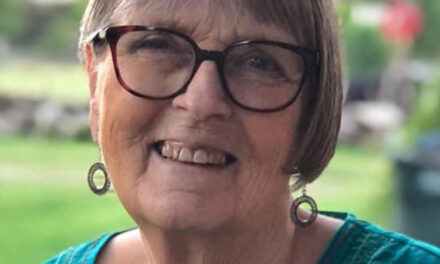 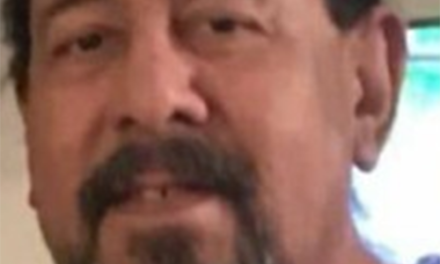