Gary Ray Chavez, age 50, beloved husband, father and soon-to-be grandfather, was called to Heaven on May 21, 2020.

He was preceded in death by his loving wife, Toni Torres Chavez, in 2014.

Gary is survived by his amazing children, Shaylene and Lucas.

He was born Feb. 2, 1970, in Albuquerque. Gary attended and graduated high school in Los Lunas, and lived most of his life in Belen.

He fulfilled many jobs and made a difference among many. Gary worked as an iron worker, a corrections officer and for the state forestry department. He later retired as a captain for the New Mexico Corrections Department in Los Lunas.

Gary was known for his love and dedication to his family, hunting, camping, fishing, dancing, riding his motorcycle and his sense of humor. He was a loyal man and would always go the extra mile to help out others, make someone laugh or be there for support.

Gary will always be remembered for his big heart, hard work throughout his life, love of the saints and his pride in his family’s accomplishments.

Lucas and Shaylene would like to warmly thank everyone for their comforting words and genuine acts of kindness in their time of sadness. They are grateful to be surrounded by such amazing people with loving hearts. They also very much appreciate the hard work and exceptional care provided for their dad by Romero Funeral Home during this difficult time.

Services will take place on Friday, May 29, at Romero Funeral Home Chapel, beginning with a final visitation from 10-11 a.m., and a funeral service at 11 a.m.

He was born to parents Leo H. Kirk and Gladys G. Kirk on July 8, 1941, in Oskaloosa, Iowa. David was the youngest of four children, brothers, Charles Kirk, Clayton Kirk and wife, Peggy, and Donald Kirk, all who preceded him in death.

Human life is a collection of stories and memories. David retired as a fabrication machinist. He enlisted for a short time in the U.S. Navy and was honorably discharged.

He was a master ham radio operator, who loved participating in all operations and activities on the main net. His call sign was KNOLMO. David was an accomplished foster parent for more than 30 years, and loved working with children and giving them hope and a chance at a good life.

The family would like to thank Yunivia Arismendez, of Heritage Home Healthcare, for her outstanding care for David Lee Kirk.

We shall miss him and honor him in our memory every day. David was always there to help you unconditionally. He loved everyone in his life. God, most definitely, blessed him with an enormous family and friends. I Corinthians 15:55 “O death, where is your victory? O death, where is your sting?” Rest in peace.

Services will be announced at a later date.

Arrangements are being handled by the caring professionals at the Noblin Funeral Service Los Lunas Chapel, 2211-D Main St., 866-9992, an online guest register book is available at noblin.com.

He was preceded in death by his sons, Rafael and Benedict.

Felipe was born May 1, 1926, in Isleta Pueblo, where he resided until he enlisted in the U.S. Army on Aug. 4, 1944. He served in Germany during World War II as a light machine gunner with Company I, 405 Infantry, where he earned the Bronze Star, the WWII Victory medal, the Combat Infantry Badge and the Honorable Service Lapel Button, WWII.

Felipe became fluent in German and interpreted at times for his captain. When the cease fire was announced, Felipe was in the foxhole, engaged for battle.

He was interviewed about his military experience for the 2019 Library of Congress project sponsored through Sen. Tom Udall’s office. This project included Native American veterans who have served in the military.

Felipe worked for Goodrich Roofing for many years before starting his own roofing business, Felipe Lucero Roofing. For 28 years, his roofing business primarily covered the Rio Communities and Belen areas, where he made a lot of friends.

His charitable work included roofing of the St. Augustine Church in Isleta Pueblo, the Jemez Springs monastery, the mission churches in Acoma and Laguna Pueblos, and many homes of the elderly.

Felipe lived a long, fruitful life and will be greatly missed by those whose lives he touched. Felipe was known as a great story teller. He had vast knowledge of traditions and customs in Isleta Pueblo.

On May 21, 2020, David Lee “Shorty” Payne went to be with our heavenly Father after a lengthy battle with illness at the age of 70 years old.

David, affectionately known by family, friends and coworkers as “Shorty,” was born in Silver City on July 29, 1949, to his parents, Homer G. and Pauline F. Payne. He was the fourth of six children in the Payne family.

He graduated from Silver City High School in 1967, and continued his education for a semester at Western New Mexico University. Later, he enlisted in the United States Army on Feb. 24, 1969, and served with the 127th Signal Battalion in South Korea until he was honorably discharged Sept. 27, 1970, at the rank of sergeant.

On Dec. 4 of that same year, he married his high school sweetheart of five years, Billie C. Pennington, of Santa Rita, N.M., and began to raise a family. He and his wife welcomed their son, David Cory, on Sept. 24, 1971, and their daughter, Crystal Dawn, three years later on Aug. 30, 1974.

During this time, David began a career with Atchison, Topeka and Santa Fe Railroad on Oct. 30, 1972. Beginning in Hurley, N.M., he quickly worked his way from brakeman to conductor, working as far north as Raton, N.M., to as far south as El Paso, Texas, and many points between gaining notoriety for his proficiency and professionalism along the way.

He stated that the greatest joy he found in his profession was training new hires and preparing them for service. He loved sending out the next generation of railroad workers and took great pride in teaching them the finer points of the job. He also loved the camaraderie be found amidst the railroad family he had come a part of over the span of his 37-year-long career. At the age of 62, he retired from the recently merged Burlington Northern and Santa Fe Railroad on Aug. 1, 2009.

Aside from his career, his most inspirational attribute was his love and dedication to his family and friends. Weather out camping and fishing or spending time at home, his priority was always on the relationships forged by family and friends. He always encouraged them to reach for greater heights and always lived with honesty and integrity, with a willingness to lend a helping hand where it was needed.

From his wisdom and wit to his mischievous grin and “Clint Eastwood” styled glare, he will be missed by all that knew and loved him.

He is survived by his wife of 49 years, Billie; his son, Cory and his wife, Sheri; his daughter, Crystal and her husband, David; five grandchildren; Jessica Call, Scott Olinger, Lilly Payne-Lisle, Travis Payne and the fifth grandchild due Nov. 5, 2020; along with five great-grandchildren and one great-great grandchild.

He is also survived by his mother, Pauline; and five siblings, Charles, Frances, Glen, James and Rosemary; along with countless friends and coworkers.

Due to the Covid-19 pandemic, the celebration of life and committal services will be held at a later date to be announced by the family.

He was born Aug. 19, 1996, to parents, Kevin and Victoria Sanchez. He was a member of Grace Fellowship, CMP, NRA, USA Shooting, VC4HSS, American Legion Post 95, Texas Rifle Shooting and multiple other shooting affiliates and organizations.

Cody was vibrant and full of life, and had a smile that would melt your heart. At a young age, he showed great marksmanship talent; he traveled all over competing in the sport he excelled in, winning multiple awards. Cody was recognized by Olympic coaches, encouraged him to follow his dreams of the Olympics. He was sought by many colleges to pursue his talent.

He continues to hold a national record in 3P rifle since 2012. His ambition was to be the best at whatever he ventured in, excelling in everything he did. Everyone who met Cody was captured by his smile and polite manners. Cody will be remembered for his zest for life, giving nature and gentle spirit.

He is preceded in death by his grandfathers, Teofilo Sanchez and David Quintana; and his lifelong best friend, beloved dog of 15 years, Mindy Mouse.

A memorial service will be held on Saturday, May 30, beginning at 9 a.m. at Grace Fellowship on 3384 N.M. 47, Los Lunas, with a reception to follow. Services will be live-streamed at Gracenm.org.

“On Angel wings you were taken to soon; your eternal flame will forever burn.” Gone but not forgotten, #CodyStrong 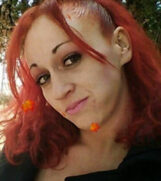 Louisa was a mother to seven beautiful children; she was also a daughter, wife, sister and friend, and she will be truly missed.

Services are pending at this time.