It is with great sadness that the family of Lynda Jaramillo Alhussiny announces her unexpected passing on March 25, 2020. She passed away in her home from natural causes, she was 65.

She will be remembered as a devoted daughter, a loving wife, sister, aunt and faithful servant of Jesus Christ.

Lynda was born and raised in Belen, and the last born child in a family of six. She graduated from Belen High School and earned a bachelor’s degree from New Mexico State University. She enjoyed a successful and diverse career, including positions in the insurance industry, higher education, state government and, most recently, in New Mexico’s thriving movie industry.

She and her husband, Dr. Karim Alhussiny, founded, owned and operated Global Cardiac Monitors, a Houston-based company. She was happily retired.

After living in Las Cruces, Houston and Albuquerque, Lynda returned to Belen. She enjoyed reconnecting with relatives and high school friends, attending Mass at Our Lady of Belen Catholic Church, and caring for her cats and countless homeless animals in the area.

Lynda was preceded in death by her parents, Pete and Jennie; and brother, David.

A private graveside service was held on April 3. A memorial Mass and celebration of life will be held at a later date and after the governor’s social distancing guidelines have been lifted.

Melvin Arnoldo Cordova was surrounded by loved ones when he departed from this world and entered the Kingdom of Heaven on April 6, 2020, at the age of 93.

He was born to Hipolito and Cipriana Cordova in the small village of La Joya, where he grew up with his older brother, Rudy, his sister, Lovelia, and his younger brother, Vincent.

During World War II, Melvin served as a medic in the Navy. After the war ended, he was honorably discharged from the service and attended The University of New Mexico, where he received a Bachelor’s of Science degree in Spanish, with a minor in education. Shortly after graduation from UNM, Melvin married Consuelo Mirabal, who was his devoted partner in love and life for more than 69 years. They moved to Pecos, where he started his career in education as a Spanish teacher and athletic coach.

Melvin attended Highland University, where he received his Master’s in Business Administration. Upon completion of his degree, he moved his family to El Rito, N.M., for his first school administration position as a high school principal. His career in education would span 40 years and include serving in Cuba, first as high school principal, then as the superintendent of the Cuba Independent School District.

He was subsequently executive director of State School Boards in Santa Fe, and then superintendent of the Zuni School District.

A celebration of life will be held later when restrictions due to the coronavirus are ended.

He is preceded in death by his parents, Marvin and Eva G. Glidewell.

Marvin was an excellent bowler, football player and track star. He worked for the Santa Fe Railroad and ran a locomotive for 40 years. He will be greatly missed.

Cremation has taken place; a Funeral Mass will be held at a later date.

Marvin asked no celebration of his life be held as he celebrated every day of his life. Anybody who knew him sure had fun!

Marvin did not pass away due to the coronavirus; he passed because of the scotch bottle.

He was a proud Army veteran, who served his country with honor.

A final visitation will be held at 9 a.m., Thursday, April 9, Romero Funeral Home Chapel, with a graveside service at 10 a.m. at the Las Nutrias Catholic Cemetery.

He enjoyed building and riding his motorcycles, and the outdoors. Steve had also been a custom jeweler.

He was preceded in death by his parents, Edgar and JoAnn Martin; and sister, Sandra Kent.

Steve is survived by his sister, Debbie Berry; and brother, Denny Martin.

Please remember Steve in your own special way as no services are planned at this time.

She was a member of Immaculate Conception Catholic Church in Tomé.

Yolanda was a loving mother who loved to spend time with her sons. She enjoyed listening to music and riding around her neighborhood and talking to her sister.

Services will take place on Friday, April 10, at Romero Funeral Home Chapel, with a visitation at 9 a.m., a Rosary at 10 a.m., and a graveside service at 11 a.m. at Our Lady of Guadalupe Catholic Cemetery in Valencia.

Her obituary and guestbook can be viewed at romerofuneralhomenm.com.

A memorial service will be announced at a later date. 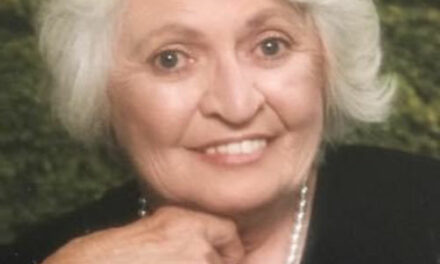