Virginia L. Baca, passed into the loving arms or Our Lord, Jesus Christ, on Monday, Nov. 25, surrounded by her family and loved ones.

Virginia was born on Jan. 5, 1953, in Albuquerque to Marcelino and Lucia Segura, and moved to Los Chavez when she was 3 months old, where she was raised and lived in the family home after the passing of her parents.

Virginia was a graduate of Los Lunas High School, and was a former employee of Presbyterian Hospital for the city of Albuquerque. She married Pat Baca on Nov. 27, 1996, who was her soulmate in life.

She is predeceased by her parents, brothers, Marcie and Eddie Segura; and daughter-in-law, Christina Perea.

All services will be held on Friday, Dec. 13, at Our Lady of Belen Catholic Church, beginning with a visitation at 10 a.m., followed by a Rosary at 10:30 a.m., and Funeral Mass at 11 a.m. Interment will be at a later date at Santa Fe National Cemetery.

David was born in Decatur, Ill., and lived in several other states as well as Maracaibo, Venezuela.

David is survived by his brother, Doyle Bush, of Ohio; his mother, Judith Bush Indiana; as well as aunts and uncles in Florida.

David’s unexpected passing is very distressing and he will be deeply missed.

No services are scheduled at this time. Arrangements are being handled by the caring professionals at the Noblin Funeral Service Los Lunas Chapel, 2211-D Main St., 866-9992.

He was preceded in death by his son, Scott Davis; his brothers, Jack and Farris Davis; and his parents, Farris and Gladys Davis.

Penn was a Vietnam veteran, who proudly served his country in the Navy. Penn was a good man, a hard worker, honest and true. He was devoted to his wife and took excellent care of her and their children. He always provided for his family.

He worked as a master machinist for 40 years, retiring from The University of New Mexico.

He was known by all as a crusty character, who pretended to be mean because he didn’t want anyone to know he had a soft center.

Deena R. Foust Farwell, of Bosque Farms, passed on Wednesday Nov. 20, 2019, after losing her two-year battle with breast cancer at the young age of 59.

She has been a lifelong resident of Bosque Farms, and graduated from Los Lunas High School in 1978. She was very active in the community.

Among other things, she provided local child care, was involved in Girl Scouts/Boy Scouts, Yucca Little League, AYSO soccer, bowled in a league at Bosque Farms Bowl, bowling several 300 games and participated in the annual Bosque Farms Fair. She also loved sewing clothes, dresses and nearly all of her children’s Halloween costumes.

Family was everything to her. She wanted nothing more than the best for them. Her children and grandchild were the light of her life.

During her short life, she enjoyed traveling and trying many new life experiences. She and her husband would travel where ever the “race” would take them — attending drag-racing and high-speed boat racing events. She also loved bargain hunting with her dearest cousin, Sharon, and had a slight obsession with the TV show “Outlander.”

She realized her love for the Oregon coast, and one of the most precious moments of her life was becoming Nana.

A small, informal celebration of her life will be held at 10 a.m., Saturday, Dec. 7, at Direct Cremation and Burial. Parking is extremely limited.

Eugene Frink, resident of Belen, a member of the First Baptist Church of Los Chavez, left this Earth on Nov. 6, 2019.

He was a veteran of the World War II European Theater, serving in the U.S. Army, 5th Ranger Battalion, Special Forces. Upon returning home from the war, he worked as a professional truck driver, and retired from the Teamster’s Union after working for Consolidated Freightways for 40 years.

He enjoyed sharing his Wrigley’s Gum with his grandchildren; some of his favorite sayings were, “Glad you got to see me,” and from the time he turned 95 years old, “I might as well make it to 100.” Congratulations Dad, you made it.

Visitation will be at 10:30 a.m., Saturday, Dec. 14, at the First Baptist Church of Los Chavez, followed by services at 11 a.m. A reception will follow.

He is survived by his loving parents, Richard and Barbara (Henley) Lowery, of Modesto; his loving companion, Sophie Sollars; sisters, Marci, of Augustin, Wash.; Kristi (Greg) Sherman of Modesto; and nephews, Jakob and Joshua Sherman.

Kirt was a proud veteran of the U.S. Air Force. Kirt loved the outdoors. Was an avid duck hunter, and was fishing by the age of 3. He was a master roofer and landscaper.

On Saturday, Nov. 16, 2019, Nicole Venessa Mascarena, 49, loving mother, daughter, and sister, passed on unexpectedly in her sleep at her residence in Albuquerque.

Nicole was born in Belen in April of 1970 to Bonnie and Trinnie Mascarena.

She will be remembered for her exceptional personality, radiant smile, a kind and gentle spirit, wonderful sense of humor and as a woman of great courage. Nicole was an evangelical Christian, who loved the Lord and His word with every ounce of her being. She was treasured by everyone who was blessed by her presence in their lives.

Her most notable accomplishment, and for which she was most proud, is that as founder and coordinator of West River Christian Homeschoolers in Rapid City, S.D.

In that endeavor, she single-handedly developed the administrative foundation and mission statement, organized a support group, designed and created its first website, provided counseling and information to homeschool families, collaborated with school districts on issues pertaining to homeschooling, and made presentations by initiating contact and meetings with legislators, lawyers and various school boards.

Nicole negotiated with the state of South Dakota to obtain free, used computers to homeschool families who could not otherwise afford them. She did all of it while homeschooling her own children.

West River Christian Homeschoolers continues to be a dynamic and highly successful organization as a result of Nicole’s efforts.

Nicole was preceded in death by her father, Trinnie.

In peace you shall both lie down and sleep… Psalm 4:8

Her father was in the O.S.S. and they moved nine times in eight years, always to a big city, and then they moved to Pottersville, N.J., where she met a farmer named Pete. They were married in 1950.

Together they ran dairy farms in New Jersey, Arizona and then New Mexico. Lois was a sweet and fierce lady who loved to play the piano, golf and travel.

Lois is survived by her loving husband, Pete McCatharn; children, John McCatharn and his wife, Theresa, and Cathy Carson and her husband, Mike; brother, Leslie Alexander; grandchildren, Mark, Peter and Katie; and great-grandchildren, Kolt and Kody.

She was very loved and will be missed by friends and family, and especially an old dairy farmer.

A celebration of life will take place on Monday, Dec. 9, at Noblin Funeral Service Belen Chapel, with a viewing beginning at 3 p.m., and services to follow at 4 p.m.

Arrangements are being handled by the caring professionals at the Noblin Funeral Service Los Lunas Chapel, 2211-D Main St., 866-9992 an online guest registration and full obituary is available at noblin.com.

She was a member of Sagebrush Community Church. Viola was a strong lady and raised her four children on her own. She was a loving mother and enjoyed being outdoors and going on walks.

When Viola visited others, she would stay busy cleaning their home, and always welcomed people with a smile.

Viola is survived by her daughter, Ida Aragon and husband, Delfin; sons, Mike Jr. and Jake Pino; 16 grandchildren; 25 great-grandchildren, with one on the way; three great-great grandchildren; brothers, Mike and Porfirio Lopez, and many loving nieces, nephews and friends.

She is survived by her daughters, Amy and Maggie Baber; and her grandchildren, Amanda, Jackie, Brianna, Caiti and Cutter. She is also survived by her sister, Julie; brother, James; as well as her nieces, great nieces and great nephew.

Ms. Santistevan was a longtime member of our Valencia County community, having worked at the Valencia County News-Bulletin and the Central New Mexico Correctional Facility in Los Lunas.

Services will be held at 1 p.m., Saturday, Dec. 7, at Noblin Funeral Home in Belen.

In lieu of flowers, the family requests donations be made to The Brain Aneurysm Foundation.

Ray was born in Belen on March 15, 1933, and raised by his mother, Lily Shaw Merrill. He graduated from Belen High School in 1951 and worked as a call boy for the Santa Fe Railroad before being drafted into the Army during the Korean War, where he was stationed in Panama as an interpreter.

Upon his return, he married Frances Seery on Sept. 12, 1955. He began working with the Railway Postal Service (RPS) and moved to El Paso in 1958. When the RPS was discontinued, he joined the U.S. Postal Service, where he worked for 46 years until retiring in 2003.

Ray was a devoted husband, father and friend. He was an avid sports fan, dedicated to his Dallas Cowboys in good times and bad, but his true passion was golf. He was happiest on the course, playing the greens with his in-laws and friends, telling tall tales and betting they’d miss their shots.

He was a charter and lifetime member of the American Legion Post 81 and Our Lady of Belen Catholic Church.

Julio was preceded in death by his grandparents, Anita and Frutoso Romero, and Epimenia and Juan de Dios Vigil; parents, Frances and Clifford E. Vigil; and sisters, Laura and Crestine “Tina” Vigil.

Honors will be provided by the American Legion and Army Honor Guard. 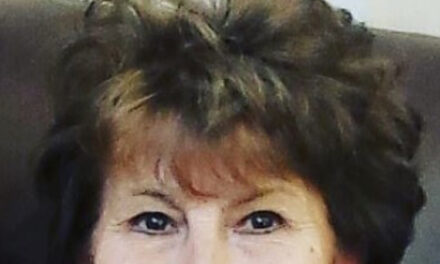 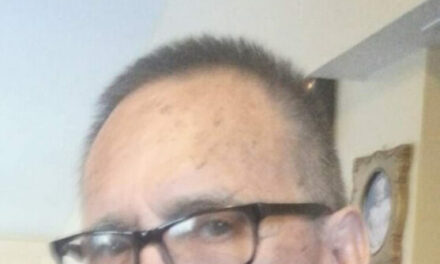 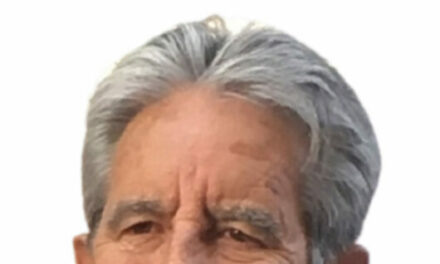