Beryl served in the United States Navy on the USS Ticonderoga during World War II. After returning home from WWII, Beryl farmed privately and for the New Mexico Game and Fish.

Beryl is preceded in death by his parents, Glen and Clara; his wife of 66 years, Dorothy; and son, Daryl Gene Gustin.

Beryl is survived by three sons, Larry and wife, Patsy of Estancia, Terry and wife, Mary, of Belen, and Ronnie and wife, Doris, of Mountainair; and daughter-in-law, Gloria Gustin, of Kirtland, N.M.

Services for Beryl will be held at 10 a.m., Saturday, Nov. 23, at Estancia Church of Christ. Brother Darrell Roberts will be officiating. Interment will follow with full military honors at the Estancia Cemetary.

Pallbearers will be Mike, Beryl Jacob (BJ), Shane, Wesley and Caleb Gustin, and Christopher and Larramy Roberts. Honorary pallbearers will be Kolten and Kaden Riggs, Konner Gwynne and Hunter and Cassidy Gustin.

The family appreciates the outstanding care Beryl received at Beehive Homes of Bosque Farms and the VA Medical Center.

He was a World War II veteran, and a long distance runner. He lived in Tomé for many years, where he was well known for growing some of the best chile in the valley. He was loved by many and will be greatly missed.

A private family memorial will be held at a future date. 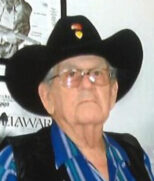 Frank loved country music and had a country band; he loved to sing and play guitar.

The family would like to thank the Presbyterian Hospice team of Valencia County for their wonderful care.

Arrangements are being handled by the caring professionals at the Noblin Funeral Service Belen Chapel, 418 W. Reinken Ave., 864-4448, where an online guest register and service times will be available at noblin.com.

A committal service will take place at 10 a.m., Thursday, Nov. 21, at Our Lady of Belen Memorial Gardens.

He was born in Capulin, Colo., the second of five children born to Jose and Marcelina Romero. The family lived in Monte Vista before moving to Pueblo, where he graduated from Central High School in 1957.

He was an outstanding athlete, playing catcher on a state championship baseball team, and also center on the Wildcat football team, earning him a football scholarship for college. He spent the summer between high school and college at boot camp — he thought he’d spend a few years in the Marine Corps (in the end, he proudly wore his uniform for 40 years).

He graduated from Pueblo JC in 1959, from Colorado College in 1962 with a BA in psychology, and the University of Northern Colorado with an MS in sociology (urban development) in 1974.

He retired from the Marine Corps in 1988 at the Marine Barracks at 8th and I in Washington, D.C., before returning to Albuquerque, where he taught MCJROTC for eight years at Rio Grande High School, before opening up a brand-new program at La Cueva High School, where he remained until his second retirement in 2001.

While at RGHS, he developed a one-of-a kind bilingual JROTC program to help students who were predominantly Spanish-speakers learn English; he was awarded the innovative teacher award while at RGHS. He was a staunch supporter of the JROTC programs, and he thoroughly enjoyed teaching his students skills to help them become good citizens, including public speaking, leadership and teamwork, and even how to iron a shirt/uniform or sew on buttons, along with military skills.

He was always strict but very fair. His JROTC rooms/buildings were gathering places, not only for cadets but also for their friends and their parents. Cadets looked up to him when they were in his programs, and many have kept in touch with him over the years. He loved his cadets, and they loved him.

Mike adored his wife, Ruth. He often told people “she was the best thing that ever happened to him.” Together, they loved to travel, dance, design and build things on their little farm, go out to eat, listen to music, go to the symphony or to Lady Lobo basketball games, volunteer in their church and their community, or just sit home and spend time together with their menagerie of rescued dogs and cats.

They had a blended family of seven children, but Mike never considered them his or hers — they were always ours when he spoke with people. He loved them all and loved spending time with them and then later with their grandchildren.

He became a strong supporter of the Blue Star Mothers (and Dads) of Valencia County; he enjoyed helping with the packings and mailings to deployed troops, remembering how important it was to him to receive boxes from home when he was deployed.

He was active at the Peralta Memorial United Methodist Church, particularly enjoying his time serving the community through the food pantry. Also, after he took his Walk to Emmaus, he sincerely appreciated the Christian Fellowship from the Emmaus Community. He was the vice-president of the neighborhood association and particularly looked forward to the annual gatherings of neighbors and friends and good food.

Mike’s early assignments included platoon and company command at Camp Pendleton and Okinawa. Later he was assigned to the National Capabilities Division, Nuclear Weapons School, Defense Nuclear Agency (first of two tours in Albuquerque — the second tour he was the commanding officer at the Marine recruiting station, serving on the secretary of the Navy’s Minority Officer recruiting program).

In 1982, he was assigned as the executive officer, 27th Marine Regiment, first combined arms regiment; he was later reassigned to Quantico, Va., where he served as assistant to the Chief of Staff Services.

During his service, he earned many medals, including the Vietnam Service Medal with five stars, the Humanitarian Service Medal, and the RVN MUC Gallantry Cross Color. He served two tours in Vietnam, where he was awarded the Bronze Star Medal with Combat V (although he argued that he should not have been singled out for the recognition as he believed all the men involved in the action should have received the Bronze Star). Mike was the combat cargo officer on the U.S.S. Boxer when they retrieved two Apollo space capsules, and also when they were positioned near Cuba during the Bay of Pigs invasion.

He was privileged to participate in the weddings of the children of President Johnson and President Reagan as a member of the Arch of Sabers (swords). Mike was invited to be a member of the President’s Council on Physical Fitness (helped develop the SemperFit program), a member of the school board in Quantico, Va., and he was selected as a member of International Military Sports Council to observe the Judo championships (1985) in Riccione, Italy.

He was a Marine’s Marine — an officer and a gentleman. He loved and believed in his country, his community and his faith. He loved his wife and family and friends and will be missed by them all.

All services will be held Saturday, Dec. 7, at Peralta Memorial United Methodist Church beginning at 1 p.m., with a celebration of life following at 1:30 p.m. 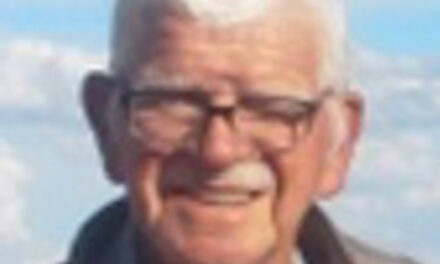 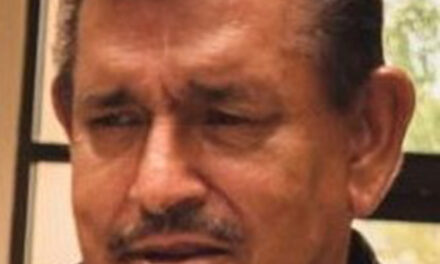 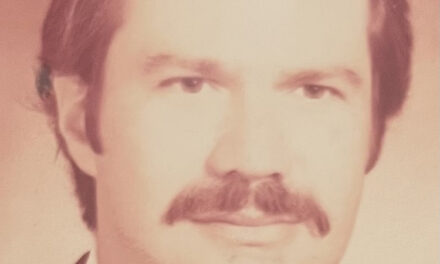