He was a member of First Presbyterian Church of Belen, and The Elks of Belen. JT was a World War II veteran of 10th Mountain Division, and 85th Regiment, Company C in Italy.

A public viewing was held at Noblin Funeral Service Belen Chapel on Sunday, Oct. 27, and interment was on Monday, Oct. 28, at Santa Fe National Cemetery.

In lieu of flowers, donations can be made to The First Presbyterian Church of Belen.

Her devotion to her family and her firm belief in God supported her in her struggle and ultimately gave her peace.

She was born to Isaac and Placida Sedillo in Albuquerque on Oct. 12, 1954. Sofie was blessed with a loving family. She married Juan Gomez on Feb. 15, 1974. Together they had three children, three grandchildren and eight great-grandchildren.

Sofie loved her family with all her heart; she was the back bone of the family. She was a wonderful wife, mama, grandma and gigi. She loved to go on long car rides, eating at random places. She loved singing her cantos at church.

She loved visiting with her family, especially her Socorro family. She loved reading her Bible, camping, fishing, coloring, puzzles, manicures and baking biscochitos with her husband.

The faith Sofie showed through her life, especially through her sickness was an amazing example of her love and trust in God. She continued to praise God even in her toughest moments, knowing her reward in heaven would surpass all pain and suffering she was enduring. Because of this strong faith her family knows in their hearts that she walked into the gates of Heaven to receive her crown and is in the presence of our Lord and Savior.

She is preceded in death by both her parents, Isaac and Placida; her son, Juanito; and brothers, Tony, Jimmy, Larry and Boy (Cirilio).

Services will be held at 11 a.m., Saturday, Nov. 2, at Riverside Funeral Home in Los Lunas.

Gene joined the Navy in 1943 and served on the USS Cliffrose throughout the duration of World War II. Gene accepted Christ as his Lord and Savior in 1951 and continued to serve Him throughout his life. He was ordained as a deacon in 1967.

His faith was a shining example to his children, grandchildren and all who knew him. As a young man, Gene worked in several different occupations before pursuing his dream of becoming a farmer. After battling the droughts of the early 1950s, he abandoned his dream and became employed as a lay-down operator in the paving business.

In 1978, he and his sons founded Hutch and Sons Paving. Even after retiring, he could still put in a good day’s work well into his 80s.

Funeral services were held on Monday, Oct. 28, at the First Baptist Church of Los Lunas. Gene was buried next to his wife at the Fort Sumner Cemetery.

Arrangements are being handled by the caring professionals at the Noblin Funeral Service Los Lunas Chapel, 2211-D Main St., 866-9992, noblin.com.

He was a sergeant in the United States Army. He was very passionate about being in the military. He was the instructor for Cold Weather Training, and was part of the Combat Aviation Brigade, 1st Armored Division.

Daylen’s hobbies were the outdoors and playing his PlayStation. He was a sincere, loving person and loved being a father. Some of his favorite music was country, oldies and classical.

All services will be held at Noblin Funeral Services Belen Chapel on Saturday, Nov. 2. A public viewing will begin at 10 a.m., with a funeral service to be celebrated at 11 a.m. Interment will follow at Terrace Grove Cemetery.

Arrangements are being handled by the caring professionals at the Noblin Funeral Service Belen Chapel, 418 W. Reinken Ave., 864-4448, where an online guest register and service times will be available at noblin.com.

Jessie Trujillo, a devout Catholic and cornerstone of our family, went to be with our Lord and Savior Wednesday, Oct. 23, 2019. She passed away due to a long illness at the age of 88, peacefully surrounded by her loving family.

Jessie was born on June 7, 1931, to the late Feliciano and Virginia Serna, of San Marcial, N.M. Jessie’s family moved to Belen when the flood submerged San Marcial. She didn’t remember the flood, but never liked large bodies of water.

Growing up, she worked hard helping her mom, still finding time to play. She loved riding her horse, Blue, playing with siblings and going to the movies. Later in life, she enjoyed playing on a woman’s softball team, bowling league and going on family road trips.

Jessie met the love of her life, Desiderio “Dick,” and they were married for 49 blissful years. She was a proud mother of five, devoting her life to the care of her family and being a caregiver to many family members.

She attended St. Mary’s school, and in December 1981 she successfully earned her high school diploma. Jessie was a member of Our Lady of Belen Catholic Church, where she and Dick joyfully served as padrinos for the Fiestas. Jessie helped with many fiestas and other church events. She had an unwavering faith in God and raised her family in the Catholic tradition teaching us to love Jesus.

Her musical talent included singing with the church choir, singing at the nursing home with the Baptist choir and, most of all, dancing! She taught her children to dance in the kitchen in between cooking. Her favorite dances were jitter-bug and line dancing, which she passionately did well into her 80s.

She was a distinguished lady who loved to look her best. Her favorite sayings were, “Que será, será,” “You have to suffer to be beautiful” and “I’m fine.” Jessie was a pro at word search, and she created many beautiful crochet items that won state fair blue ribbons, and made scrumptious food.

Most of all, Jessie loved and was proud of her family. She was always there for her family and reached out to all who were lost or hurting. No one was left alone. She taught us well and raised accomplished children.

The family thanks all those who helped care for Jessie, her home and yard throughout her illness. A special thank you to Sandy, Shannon and Suzanne for their love and hospice service during her final days.

Services will be held Thursday, Oct. 31, at Our Lady of Belen Catholic Church. A viewing will begin at 8:30 a.m., followed by a Rosary and eulogy at 9:30 a.m., with a Mass at 10 a.m. A reception will follow at Parish Center. Burial will be held at a later date.

Jesus is greeting Jessie and saying, “Well done my good and faithful servant” as she dances into heaven. We will miss you mom, until we meet again.” 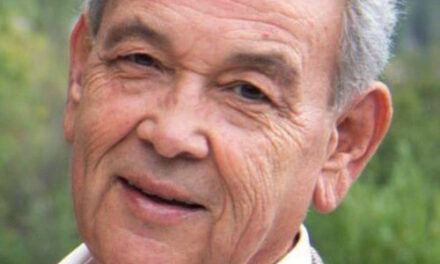 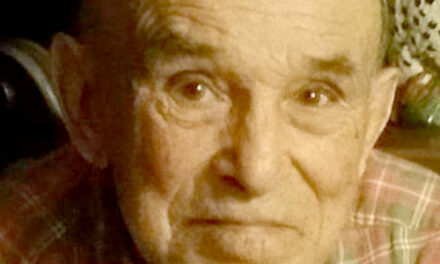