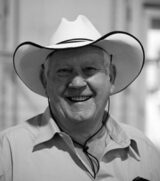 Gene Goodson, age 80, passed away peacefully in the Goodson home on Chavez Road on June 1, 2019, surrounded by family and loved ones.

After graduating from Belen High School in 1956, he joined the U.S. Navy, where he was trained in San Diego as a signalman. His ship’s mission was to support the nuclear tests near the Marshall Islands. He was discharged honorably in 1961.

His next stop was in Kansas, where he learned factory-grade welding skills working on farm implements — training that would serve him well in the years to come. On his return to Belen in 1964, he met the love of his life, Ann Cherry.

One summer day, Ann and her friends were throwing water balloons intended for another car, but a balloon Ann tossed happened to fly through the open window of Gene’s ’56 Chevy Bel-Air. He turned his car around and got out, face soaked in water, more than upset. Ann thought the whole episode was quite funny, and when he drove off, she told her friends that one day she would marry him. They were married a year later, and together they built a home, a family, a business and a lifetime of working side-by-side.

After working as a heavy machinery operator, railroad switchman and plumber, Gene received his contractor’s license to work in concrete and excavating. Within a few years, the pair launched their own septic installation business. But work and love only partly defined Gene — beneath his many hats was an always-present grin, and a willingness to have fun.

Have you ever known a man who rode his motorcycle to the store with his trusted beagle sitting happily on the gas tank, his ears flopping in the wind? Or a business owner who loved inviting his crew of laborers on paid coffee breaks filled with jokes and laughter that sometimes lasted hours? That was Gene.

His was the never-ending upbeat chatter, and laughter was heard every morning throughout Belen’s coffee shops for decades. His favorite was the Whiteway Café, where it was almost a shock to not see him carrying on at breakfast at the back table. Gene could not leave without stopping to swap stories with everyone. There was never a waitress that he didn’t make smile, nor a waiter that he didn’t make laugh.

Besides socializing, one of Gene’s other passions was bowling, where he was a league regular every Monday night at Sugar Bowl Lanes for years. Despite (or maybe because of) his signature hop to start his approach, Gene was a magnificent bowler. His high game was 288, just one strike short of a perfect 300. Not bad for a guy who spent so much time chatting with other league bowlers, who he often had to be reminded that it was his turn to throw the next ball.

In his later years, as he received health care at the Veteran’s Administration hospital in Albuquerque. Gene enjoyed chatting with fellow service veterans, bringing his signature way of working the room to yet another audience.

What might define Gene the most was his warm heart toward family, friends and even strangers. He once came across a couple with car problems who couldn’t find a repair shop on Thanksgiving Day. Gene didn’t hesitate; he loaded up the strangers and brought them home for a turkey feast with his family. It was this type of ease with kindness that followed Gene everywhere he went.

Gene Goodson is survived by his loving wife of 53 years, Ann Goodson; son Casey, and his wife, Kim; daughter Gena; daughter, Ellen and her family; and grandchildren, Emily, Baley and Brady.

He was preceded in death by his parents, Delmar and Dora Goodson; grandson, Zohn Orozco; and brother, Raymond Goodson.

He was born on Feb. 15, 1938. Jay was an amazing baseball player in high school. He enjoyed playing pool, fishing; he loved golfing, watching western movies and eating, especially chile.

Cremation has taken place. A private memorial service will take place with friends and family. 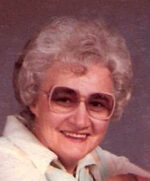 Kathryn Metzger, 83, beloved mother, was called to her eternal resting place on June 2, 2019.

Katie was a longtime resident of Los Lunas. She was born June 19, 1935, in Etna Green, Ind., to Mose and Millie Bontreger.

A memorial service will be held at 11 a.m., Thursday, June 6, at the First Baptist Church in Los Lunas.

He was born on March 22, 1950, in Belen, son of the late Eleanor Diaz and Alifas Valenzuela. Bobby served 21 years in the U.S. Air Force, retiring as an inventory management supervisor.

He loved camping, hunting, fishing and cherished the moments he was able to spend in the outdoors with his family and friends.

Services will take place on Wednesday, June 12, with a visitation at 5 p.m., and a Rosary to be recited at 6 p.m. at Romero Funeral Home Chapel. A final visitation will be held at 8 a.m., Thursday, June 13, and a Funeral Mass at 9 a.m. at St. Augustine Catholic Church in Isleta. Interment will follow at 12:45 p.m. at Santa Fe National Cemetery. 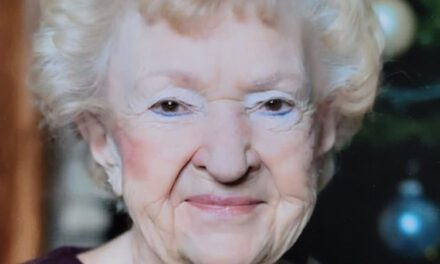 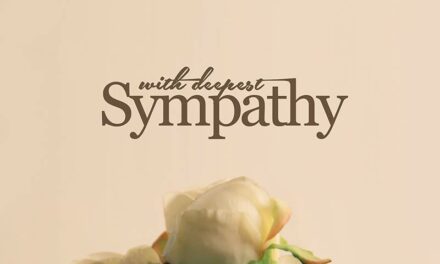