He was a member of Our Lady of Belen Catholic Church. Jose was a loving father, brother and uncle, He lived his life to the fullest. Jose will be missed by his loved ones. He loved fishing and spending time with his family at cookouts.

All services will be held at Our Lady of Belen Catholic Church. A viewing will be held at 6 p.m., with a Rosary to be recited at 6:30 p.m. on Thursday, May 23. A Funeral Mass will be celebrated for Jose and his son, Raymond Silva-Castillo, at 11 a.m. on Wednesday, May 29. Interment will follow for Jose and Raymond at Our Lady of Belen Memorial Gardens. 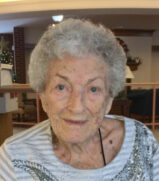 Nancy married Ray E. Chowning Jr.; he died March 7, 2012. She was a homemaker and a member of the United Methodist Church. Nancy was a Wave during World War II, and was the first female enlistee from Albuquerque after Pearl Harbor.

She had lived at Peabody since March of 2012, after moving from Belen, where she lived for 25 years.

She was also preceded in death by her parents.

There will be no services. Inurnment will be in the National Cemetery in Santa Fe, N.M.

The memorial guest book for Nancy may be signed at grandstaff-hentgen.com.

Stan was a lifetime member of the third- and fourth-degree in the Knights of Columbus. He also served in World War II in the United States Navy as a USN petty officer third class from June 1943 to Dec. 1945. During that time, he worked as a sonar man on the Navy’s Eagle Patrol Craft. He was an active member of the Eagle Patrol Craft Sailors Association for the past 20 years.

As hobbies, he enjoyed flying, golfing, hiking, camping and traveling.

He is survived by his daughters, Patricia, Theresa and Christine; and sons, Gary, Mark and Scott. Stan is also survived by numerous grandchildren, great-grandchildren, and his beloved partner of 23 years, Ann.

A Rosary and funeral service will be held at Noblin Funeral Service in Belen from 10-11 a.m., Saturday, June 1.

He was a member of Our Lady of Belen Catholic Church. Donald loved playing acoustic guitar and spending time with his daughter and grandchildren.

Kierstin Renae Garcia (Townsend), 37, of Colorado Springs, Colo., (formerly of Los Lunas, and Pueblo, Colo.) passed away on Tuesday, May 14, 2019, after a two-year battle with breast cancer.

Kierstin was born in Albuquerque on May 31, 1981. After attending Los Lunas Schools until her ninth-grade year, she moved to Pueblo, Colo., and attended County High School until graduating in 1999. She then moved back to Los Lunas and married Phillip Garcia.

After starting their family, they moved to Colorado Springs, and Kierstin started working at UC Health.

She was born in Harrisburg, Penn., where she met her husband, Les, and they were married for 28 years. They traveled throughout the United States and eventually settled in Veguita, where they lived for the last 20 years.

Judith was very craft minded and artistic. She loved to crochet afghans and do beading on hats, necklaces and jewelry. Judith also did scroll saw painting, as well as diamond bead painting.

She loved animals, and at one time she and Les rescued up to seven dogs, which completed their family at home.

Judith is preceded in death by her parents, George and Jane Books; as well as four brothers and one sister.

He was a life-long member of Our Lady of Guadalupe Catholic Church in Peralta, where he served as an usher for many years. Eduardo was a proud Army veteran, who served at the end of the Korean War. Eduardo (Warre) worked for the Veteran’s Administration Hospital for 32 years, starting as a nursing assistant and moving up to supervisor of the renal dialysis unit.

He was a dedicated husband and father, hard-working, generous, honest, reliable, had strong conservative values and a great sense of humor. Eduardo wanted nothing more than for his children to get a good education, instilling in them the value of integrity, discipline and hard work.

He enjoyed ranching, singing and playing guitar, watching football, John Wayne and Cantiflas movies, and vacationing with his family.

Eduardo is preceded in death by his mother and father, Maria (Armijo) and Jose Otero, of Peralta.

Funeral services were held at Our Lady of Guadalupe Catholic Church on Wednesday, May 22.

The Otero family would like to thank the VA and Alliance, and Always Best Care care-giving teams for their wonderful treatment of our precious Hono and Daddy. We love you and miss you, Daddy. We know you’re singing with the angels for Jesus and are in the loving arms of your mom, at last. Thanks be to God.

Eileen Tafoya-Reed, age 65, a resident of Los Lunas, passed away peacefully at her home on Wednesday May 15, 2019.

She was a graduate of Los Lunas High School (1970) and employed at the Los Lunas Training School before relocating to Bastrop, Texas, where she worked for the Cottonwood Treatment Center and the U.S. Postal Service, where she retired in 2014.

She was preceded in death by her husband, Jimmy Reed; father, John Tafoya; grandparents, Estanaslado and Jenny Garley and Pedro and Evangelista Tafoya.

The family would like to thank Eileen’s Amber Care nurses, caregivers and Dr. Aragon, who provided excellent care over the past two years.

CJ “Cornie” Visser has passed into the arms of his heavenly Father.

CJ was a Korean War veteran.

Mary was Brethren in Christ in faith. She was an elementary school teacher and reading specialist. Through her reading specialist career, she helped many children succeed in reading. She enjoyed reading, knitting, playing games and traveling.

Mary was an active member of the Mobile Missionaries Assistance Program for 14 years. During this time, she and others did numerous projects renovating Christian facilities, such as youth camps, churches and parsonages. They traveled all over the country as volunteers in their own RV as did the others they worked with.

Friends were received on Wednesday, May 22, at a celebration of life service, with Pastor Debbie Bentch officiating, at the Messiah Village Chapel. 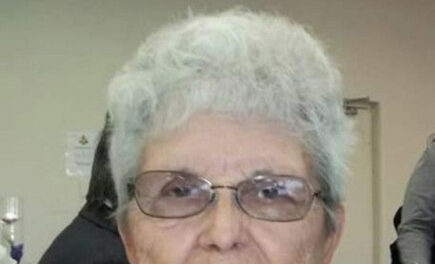 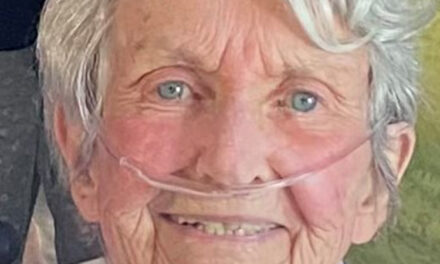 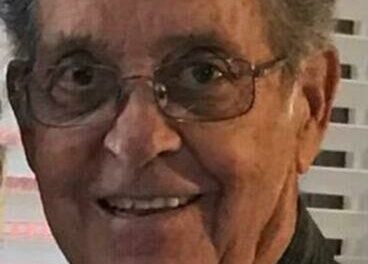