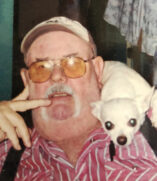 Johnny served in the United States Navy until 1969, attaining the rank of ENS. On July 4, 1969, he married Cora Adams.

Johnny lived in Los Chavez and worked and owned Charlie’s Towing & Recover until retiring in 2011.

Johnny enjoyed hunting, fishing and helping his grandchildren show pigs at the Valencia County Fair. He also enjoyed spending time with his family.

Johnny will be especially remembered for helping customers in need.

Johnny was preceded in death by mother, Betty Croft.

He was a member of Our Lady of Guadalupe Church in Peralta.

All services will be held on Monday, May 13, at Our Lady of Guadalupe Church in Peralta. A Rosary will be recited at 10:30 a.m., with a Funeral Mass to be celebrated at 11 a.m. A private interment will be scheduled at a later date.

She was a member of San Clemente Catholic Church. Kathy was raised to emphasize the importance of family and instilled in people the desire to build strong family relationships.

The Sais and Sichler families were known in the Los Lunas community for growing and selling apples, peaches, melons, chile, alfalfa and a variety of other farm produce. Farming was one of her many passions, in addition to spending time with her many friends.

There wasn’t a weed in her yard that survived the swift action of her sharp hoe. Kathy cared for her flower garden and yard using her walker to support up until she could no longer walk.

She enjoyed long walks along Los Lentes Road, as she would say “to stay fit and healthy.” Kathy woke every morning with her beloved cat laying on her chest.

Following graduation from Los Lunas High School, she attended and graduated from Albuquerque Business School. She held various positions for the Los Lunas Schools, including secretary to the superintendent. Kathy maintained close relationships with many of her Los Lunas Schools co-workers.

She worked for a short period of time for Los Pinos Guest Ranch in Cowles, N.M., owned by Don Amado Chaves. J. Robert Oppenheimer, a noted physicist and father of the atomic bomb, was a frequent visitor to the Guest Ranch.

Kathy was preceded in death by her parents, Silverio and Ernestine Sais; and her brothers, John and Jim Sais.

Services will take place on Monday, May 13, at San Clemente Catholic Church in Los Lunas, beginning with a visitation from 8:30-9:30 a.m., a Rosary to be recited at 9:30 a.m. and a Funeral Mass at 10 a.m. Interment will take place following at Terrace Grove Cemetery in Belen.

Thank you to all who helped with her care. A special thank you to Presbyterian Home Hospice staff.

She is survived by her husband, David Peet; her children, Christy Smith and husband, Orlando, Julia Faustman, Cynthia Faustman, Shawn Faustman, LaVana Faustman and Sympathy Faustman, Dillon O’Brian-Peet and fiancée, Renee, and Amber O’Brian-Peet; and 19 grandchildren who she helped raise.

She is preceded in death by her parents, David and Judy Smith; sister, Alvina Chavez; and brother, David Smith.

She was a very compassionate, loving and giving woman. She was patient, with a heart of gold. She loved going fishing, heading to the casinos, screaming at her granddaughter’s soccer games, and of course dancing and singing to her Elvis music.

Daveen will be deeply missed.

A celebration of life will be held at 2 p.m., Saturday, June 1, at Los Lunas River Park. 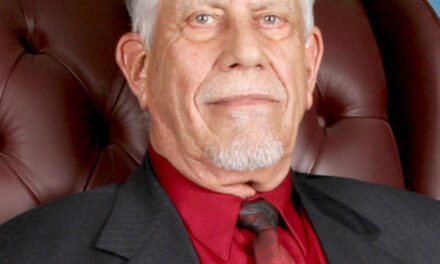