She was a member of San Clemente Catholic Church. Aurelia was born to Sara and Alifas Valenzuela in Los Lentes on July 24, 1927, and was raised alongside her cousin, Edwina, as sisters.

She married her husband, Joe V. Aragon, and they established their home in Los Lunas. Aurelia had two sons, Joseph and Jack, and was the proud owner of Mi Chante Restaurant.

She will be missed by her cousins, nieces, nephews, and many friends.

A viewing and Rosary were held Wednesday, March 6, at Romero Funeral Home Chapel in Belen. A final viewing will be held at 9 a.m., Thursday, March 7, with a Funeral Mass following at 10 a.m. at San Clemente Catholic Church in Los Lunas. Interment will follow at 1:30 p.m. at Santa Fe National Cemetery.

The family extends its thanks to the staff at Presbyterian Hospital, her regular caregivers and to everyone who has expressed their condolences, thoughts and prayers.

Services will take place on Friday, March 8, at Our Lady of the Most Holy Rosary Catholic Church, 5415 Fortuna Road NW, with a visitation from 10:45-11:15 a.m., a Rosary will be recited at 11:15 a.m. with Mass of Christian Burial to be celebrated at 12 p.m. Interment will follow services at Mount Calvary Cemetery.

Ted Brooks passed away on Jan. 6 after a long illness. A service was held in Phoenix, Ariz., on Jan. 12.

Ted was born on March 4, 1970, in Boston, Mass., and moved early in life to Belen — the place he would always call home.

In 1997, Ted married the love of his life, Nicky, in Albuquerque, and had two sons, Will and Andrew.

In 2006, Ted and his family moved to Phoenix to further his career in the production print industry, an industry in which he was well known and respected.

Ted loved being outdoors, especially in the mountains of his beloved New Mexico, where he enjoyed hiking, snowboarding, camping and fishing. He was also at home on any golf course. In golf he could combine his love for the outdoors with his love for spending time with his friends.

Ted also had a great love for music. From surf punk in his high school days to a more eclectic mix in later years, it was not unusual to hear Ted before you saw him. His car was his concert and he was an amazing lead singer for every band he listened to. His favorite bands included Counting Crows, Agent Orange, The Replacements and Green Day.

Ted will be remembered as someone who elevated a room and brought a smile to everyone he met through his humor, his wit and his unforgettable laugh.

Ted is survived by his parents, Bill and Jan; his loving wife, Nicky; his sons, Will and Andrew; and his sister, Amy and her partner, Jennifer.

In keeping with Ted’s love for the mountains of New Mexico, the family asks that in lieu of flowers, you consider making a donation to The New Mexico Wilderness Alliance in Ted’s name at nmwild.org

A celebration of life will be held at 2 p.m., Saturday, March 9, at the Central Parlour of the Belen Hotel, 114 Becker Ave. in Belen.

Carol was preceded in death by her parents, her sister, Linda White; and her brother, Afton Powell.

We will deeply miss her encouraging spirit, pink streaked hair and never-ending joy and laughter.

A memorial service to celebrate Carol’s life will be held at 10:30 a.m. on Saturday, March 9, at the Valencia Valley Church of the Nazarene, 33 El Cerro Road. Please wear bright colors. 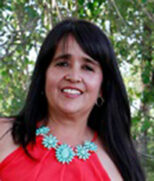 She was a beloved mother, nannie, daughter, sister, aunt and friend. Stephanie was part of the Calvary Chapel Rio Grande Valley family. Stephanie touched many lives through her witness and prayer. Her life was comprised of her faith and her family.

She loved spending time with her girls and being with family and friends. Stephanie faithfully fulfilled her spiritual calling as a prayer warrior. Never meeting a stranger in her life, she would lovingly pray for anyone and everyone she encountered. Her faith was her compass and her foundation, a stronghold throughout her life and a huge part of the legacy she leaves behind to those who loved her.

A celebration of life was held at Calvary Chapel Rio Grande Valley on Monday, March 4.

The family would like to thank all those who shared in her journey, emotionally and spiritually. “God go with you!” 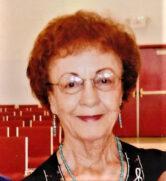 She was born in Santa Fe on July 8, 1933. Isabel was a member of Our Lady of Guadalupe Church in Peralta and a member of the Blue Army. She worked for 30 years at the Employment Security Commission as a financial specialist before retiring.

Isabel is survived by her loving husband of 65 years, Ernest M. Sanchez; children, Lori and Lyle Springer, Roberta Sanchez, Cathy and Michael Sedillo, Ernest Sanchez, David and Claudine Sanchez; as well as many grandchildren and great-grandchildren.

Services will be held at Our Lady of Guadalupe Catholic Church on Thursday, March 7. A viewing will begin at 9:30 a.m., followed by a Rosary at 10 a.m. The Funeral Mass will begin at 10:30 a.m.

Internment will be held at 9:45 a.m. on Friday, March 8, at Santa Fe National Cemetery.

Scott M. Thomson, longtime resident of Belen, passed away on Feb. 6, 2019, at age 62, with his loving family at his bedside.

Scott was born on Jan. 17, 1957, in New Ulm, Minn., to John and Elaine Thomson. He resided in Minnesota until he came to Belen on vacation and he and his parents chose to stay.

Scott learned how to drive trucks with the guidance of his brother, Glenn, and eventually went on to go to truck driving school, where he graduated first in his class. This took him on a long adventure in his trucking career, and with hard work was able to purchase and drive his own semi, under the name of Enchantment Express.

Through his adventures on the road he was blessed to have the opportunity to take food and supplies to the victims of Hurricane Katrina on four different runs. While he was trucking, he also enjoyed his family, pets, cooking and riding his Harley.

After an accident left Scott disabled, he spent a great deal of time perfecting his cooking skills, enjoying woodworking, playing with our two dogs, riding his Harley and most of all, living and spoiling his wife. For a Minnesota boy, he learned how to cook the best Mexican food I have been fortunate to eat. If you came to our home and had a meal with us you would never leave hungry or disappointed.

Scott was preceded in death by his parents, John and Elaine Thomson; sister, Barbara Gorder; and brother, Jack “Buster” Thomson.

Services will be held on Saturday, March 16, at Calvary Chapel Rio Grande Valley in Belen, beginning with a visitation at 2 p.m., followed by the funeral service at 2:30 p.m.

She was a beloved mother, grandmother and best friend. Louise was a real pioneer spirit, who grew up in rural Colorado. She and her siblings went to a one room school. Her father died when she was 7. Life was tough for her mother, raising five children alone.

Surviving The Great Depression, she saved everything. Louise rode horseback to the hospital with a ruptured appendix. Whining was not an option at her house — dust off and get back on that horse. She trained, rode and jockeyed for race horse owner Leonard Lighthizer.

Her friend, Coke Robards, was a famous quarter horse breeder. Louise was one of the first women jockeys, winning some races, but said, “It didn’t pay much.” Later, she worked in the logging camp, telephone operator and as a postal worker.

She and Glyn “Red” made some wonderful friends bowling. They were avid hunting and fishing enthusiasts and came to New Mexico in 1959. N.M. 47 was a one-lane country road. They raised horses, chickens, rabbits and ducks.

Never had an unkind word for anyone. Loved unconditionally. Her love for the Lord was strong. She read the Bible every day. Our Lord and Savior has her in His loving arms — finally at peace, no more suffering or sorrow. Louise will be greatly missed and loved every day.

She was preceded in death by her parents, Frank Clark and Effie Bailey; husband, Glyn Williams; brothers, Jim, John and Jean Clark.

In lieu of flowers, donations can be made to St. Jude Hospital in her name or John Hagee ministry Sanctuary of Hope. 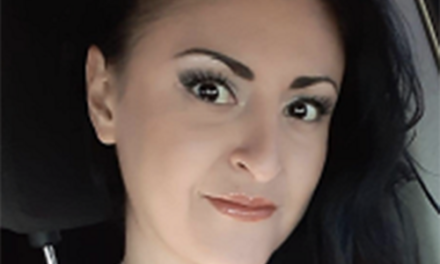 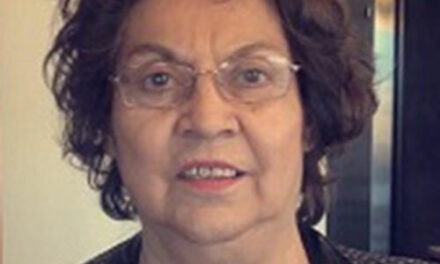 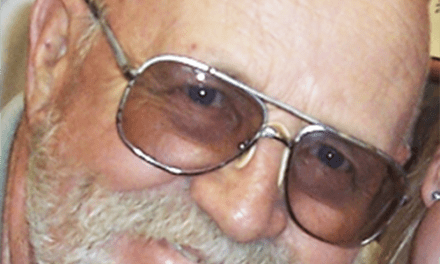