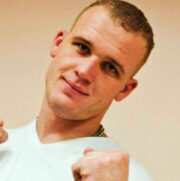 Tyler was a kind, warm and loving person. He had a huge heart and an old soul, with a smile and twinkle in his eyes that would light up the room. Anywhere he went, he would stand out like a sore thumb, being he was a giant, gentle giant, who loved animals and rescued many in his short life.

Tyler was a gifted athlete and was always in competition with his older brother, Cody East. Tyler played sports from the age of 10; he accomplished many titles and medals; he was very driven and had one speed — fast!

He was a stand-out high school athlete, taking three state wrestling championships and several all state football titles for multiple positions. “Man TyTy could boot a football.” Tyler became an MMA fighter his junior year of high school and went on to win many titles and belts. He was “Tyler The Beast East.”

Tyler was a crotch rocket street bike enthusiast and loved to ride. He could take a bike apart, fix it and put it back together in two days; all self taught via Youtube and trial and error. Tyler could fix anything. Tyler loved shoes and home interior decorating; he was an excellent cook and loved to eat.

Tyler is preceded in death by his paternal grandparents, Gilbert and Margaret Aragon and Tom and Millie East; and several aunts and uncles.

Tyler impacted so many people, young and old; he would give you the shirt off his back and last buck in his pocket. This world will be a little darker without him in it. Tyler has empathy and compassion for mankind. He had so much more to give, gone way too soon, he will live forever in our hearts and will never be forgotten.

Free at last TyTy; fly high; we love you!

He was preceded in death by his wife of 56 years, Angie Gutierrez; his parents, Saturnino Gutierrez and Francisca Gutierrez; four brothers and two sisters.

Juan loved his grandchildren more than anything, (gambling was a close second). He would always take the time to play with them, attend their events and tease them. He was very proud of his family.

He battled with many ailments, but fought to hold on until he was too tired and weak. He will be missed and forever loved. Rest in peace.

A private ceremony will be held at 9 a.m., Saturday, April 24, at our Lady of the Most Holy Rosary Catholic community. The services will be live streamed at holyrosaryabq.org.

We want to extend a heartfelt thank you to the hospice Ambercare staff for their dedication and the amazing care they gave to our dad.

Funeral arrangements are in trusted to Riverside Funeral Home in Albuquerque.

He was a member of San Clemente Catholic Church and a padrino of Sangre de Cristo. LeRoy was an avid musician, and retired from the 44th Army Band. In his leisure time, LeRoy loved fishing and bowling.

He was affectionately called “Buddy” by his six grandchildren, and he will be greatly missed by his family.

He was preceded in death by his mother and father, Ben and Berna Herrera; and his brother, Robert Herrera.

A memorial Rosary will be held at San Clemente Catholic Church. LeRoy will be laid to rest at the Santa Fe National Cemetery in Santa Fe.

Arrangements are being handled by the caring professionals at the Noblin Funeral Service Belen Chapel, 418 W. Reinken Ave., 864-4448, where service times and online guest register is available at noblin.com.

He is preceded in death by his parents and beloved brother, Joe.

Although Alex was born in 1945, he embodied the spirit of an explorer, a hunter and a gun-slinging cowboy from 1845. As a young man, he was bold and fearless, always looking for new and daring adventures to share with his younger brothers. They enjoyed fishing for crawdads, swimming in irrigation ditches, savoring wild clover honey from honeycombs and hunting for arrowheads.

Proud of his 1951 Mercury, he was usually heading off to parts unknown with a carload of passengers looking for fun, excitement and sometimes trouble. Alex played hard but also developed an extraordinarily high work ethic that remained with him throughout life.

He was a passionate owner and breeder of pit bulls, enjoyed raising homing pigeons, cared for farm animals, caught the occasional rattlesnake and became an avid collector of everything he deemed useful and valuable. He considered gardening to be one of the most fulfilling experiences of his life and worked tirelessly under the summer sun tending to his large array of vegetables and sweet melons.

In his 30s, Alex sustained severe burns at a job site while saving a co-worker from a butane explosion. Although his prognosis was dire, his grit was stronger, and he managed to defy the odds predicted by the medical staff on the burn unit. His recovery, including multiple skin grafts, was long and arduous, and was only hindered by his headstrong attempts to get back to his busy life.

Again, he escaped death after a sickle was plunged deep into his abdomen during a fight. After surviving surgery and getting through the ensuing complications, he bounced back with greater determination than ever. Although life was not always kind to Alex, he remained a man of integrity, and never lost heart.

Throughout all his trials and hardships, he clung to the faith of his childhood. His name, which means “defender of the people,” sums up the spirit of a man who believed in God, the good of humanity and in lending a helping hand to people in need. Alex, a man of his word, lived life to the fullest, was deeply loved and will be greatly missed.

A private family is memorial planned.

But God shows his love for us in that while

we were still sinners, Christ died for us.

Jose worked as a cement finisher in construction for many years. He liked to go to the local casino and play bingo, and loved to keep his car immaculate, as it was his trophy.

Jose is preceded in death by his parents, Jose Andres and Lorencita Olguin; brother, Albert; and daughter, Annette.

Cremation has taken place. No services are planned at this time.

She was a wife of 37 years to Kevin Short, mother to Kaitlyn Short and grandmother to Kennedy Scudder.

Donna was a loving wife and mother; she was the best grandmother anyone could ask for. She was a dedicated nurse, lover of animals and all things Southwestern. Donna was known for her kind heart and for her ability to care for others above and beyond herself. She will be missed greatly and loved forever!

Margaret Hidalgo Vanderheyden, age 71, a resident of Bosque Farms, passed away on March 31, 2021.

She was a former high school teacher, assistant principal at Belen High School, as well as working as a drama teacher at the School of Dreams Academy in Los Lunas.

Margaret spent a few years working with the state parks in New Mexico and as a health and social worker in Santa Fe. She was known for her artistic talent with oil painting, charcoal drawings and her recent love of producing glass art and jewelry. Margaret displayed her talents by having art shows in Chicago, Santa Fe, Red River and Belen.

She was a free spirit and was kind and friendly to everyone she met. Margaret had a genuine love for people and always wanted to hear their life stories. She enjoyed shopping and planting flowers. Margaret always looked forward to spring so she could work on her little garden of flowers.

She enjoyed learning about art history and had traveled to Europe, as well as a recent trip to Mexico. Margaret was always on the go with a new adventure to explore.

She is preceded in death by her parents, Salomon and Mary T. Hidalgo.

Margaret is survived by her daughter, Regina Dewey and husband, Casey; granddaughter, Alexis; brother, Miguel and wife, Therese; sister, Catherine Davis and her husband, John; and many nieces, nephews, aunts and cousins she loved dearly.

The family would like to thank all of her family and friends for the wonderful support and outreach during this difficult time. Margaret will be missed by many.

A celebration of life for Margaret will be held at 9:30 a.m., Thursday, May 27, at Calvary Chapel in Belen. The family looks forward to seeing family and friends of Margaret. 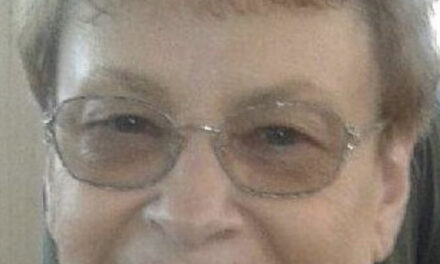 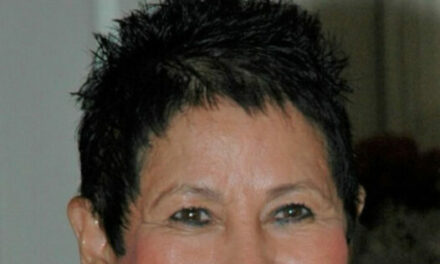 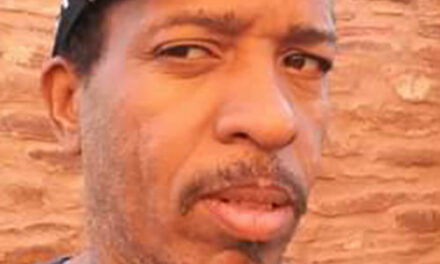 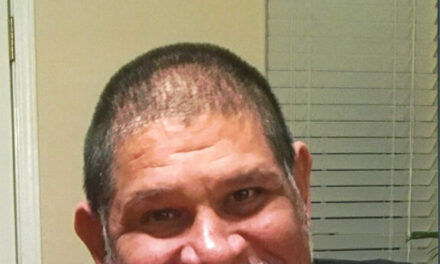