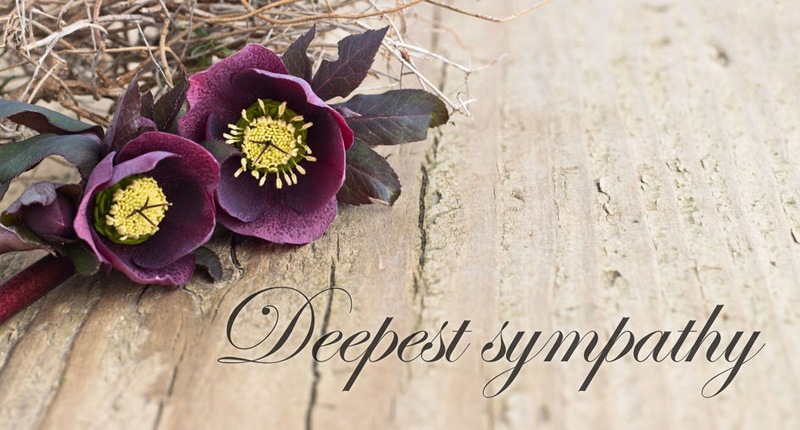 He is preceded in death by his parents, Jose and Isabel Dueñas; and brothers, Inez Dueñas and Cruz Dueñas.

Juan was born in La Junta, Colo., on Nov. 24, 1943. He attended and graduated from the University of Albuquerque in June 1967 with a degree in biology. After graduation, he enlisted in the United States Army. He served one tour in the Vietnam Conflict as a Huey helicopter door gunner.

Upon his return, he went on to teach in the Belen Consolidated Schools and was the BHS girls basketball coach and a member of the coaching staff for BHS baseball. He coached several local girls softball teams and girl’s soccer teams. He worked for the U.S. Postal Service for 23 years before finding a love for trucking.

Juan also was an athlete spanning several years of his life, playing baseball, fast pitch softball and soccer. You could see him playing catch with his children and his grandchildren weeks before he passed.

What was most important to him, and continues to be his greatest legacy, is that Juan came to know the Lord in 2004 and served Him faithfully and fully for the rest of his days. He left on his own terms, worry free, knowing that he was loved beyond measure by his family, his friends and his Lord and Savior Jesus Christ.

A public visitation and viewing will be held at 10 a.m., Thursday, Aug. 26, at Noblin Funeral Service Belen Chapel, followed by a funeral service at 11 a.m. Juan will be laid to rest at a future date at the Angel Fire State Veteran’s Cemetery in Angel Fire.

Aug. 14, 2021, will be remembered as the day a kind, generous and loving mother of Deric and Chad Dutton became one of God’s new heavenly angels!

Linda Louise Dutton was born Jan. 9, 1951, in Berea, Ken., to David and Bonnie Welch. Linda was very proud to be the wife of Eric Dutton for 50 years. Linda and Eric knew from their teen years that they would be together “until death do, they part.” Truer words were never spoken and now they have been reunited for all eternity.

Linda’s life revolved around her faith, husband, children, family and church. She worked for Dutton Bits for 20 plus years. Sundays were spent with her family attending First Baptist Church of Bosque Farms, after which many times she and Eric would go for scenic drives through the mountains. She was a youth Sunday school teacher and inspired many of her students. She hosted many youth home Bible studies.

She enjoyed being part of the pit crew for her husband, sons and grandsons at dirt bike races with the NM Desert Racing/Gas It Off-Road circuit. Side by side, Linda and Eric helped bring many motorcycle racers to know Jesus through their Riders for Christ Ministry.

Linda loved the outdoors and spending time hunting and fishing with Eric. She never took for granted how blessed she was to have raised two fine sons, who married strong, supportive women, who gave her grandchildren that she adored.

A funeral service will be held at 11 a.m., Saturday, Aug. 21, at the First Baptist Church of Bosque Farms, 1350 Bosque Farms Blvd. Pallbearers will be her grandchildren, Chase, Colby, Kashley, Kylee, Slade and Lance.

Donations to the Youth Building of the First Baptist Church of Bosque Farms may be made in lieu of flowers.

She was a resident at Good Life Memory Care in Los Lunas since May 6, 2021, and had been affected by Alzheimer’s.

She was the daughter of Edith Stewart Blancett and V.H. Blancett. Marion grew up in Inglewood, Calif., and received a two-year degree at El Camino College, then moving on to Northern Arizona University in 1972, where she majored in geology.

She married Dana C. Gebel in 1980, a NAU friend, and followed by his various careers through Utah, Colorado and finally New Mexico. Marion worked for AT&T and its later owners, Sunwest Bank and its owners, Nature’s Way Nursery, finally working for RAKS here in Los Lunas.

She had no children, but loved many family dogs. Marion loved gardening, quilting, cross-stitching and her friends and neighbors.

She was cremated and will be interred in Silver City, at the Memory Lane Cemetery near her family. There will be no service.

Larado S. Houston was a beloved father, son, brother, uncle, cousin and friend. Larado Francisco Coronado-Houston, aka Bubba, Rado, Mosquito, Larado Tornado and Larado Potato,  passed away at the age of 35 on Aug. 1, 2021, in Albuquerque. Larado was a resident of Los Lunas since 1993.

Larado was born on Aug. 29, 1985, in Clovis to James and Laquita Houston. Larado grew up in House, N.M., with his brother, Bronc Houston, and grandparents, Dude and Curly Penrod.

He moved to Los Lunas in 1993 and resided there ever since. He lived with his two siblings, Bronc and Lakota Houston. He graduated with his best friend, Sara Sollars, from Los Lunas High School. He was a well-known concrete foreman for Concrete Coring Company in Albuquerque.

Larado enjoyed rodeoing with his daughters, singing, dancing, fishing, cooking and spending time with family. He was a well-respectable man, who was loving, welcoming, faithful and gracious. Larado was known for his humor and clumsiness, and everyone around loved him!

He is survived by his daughters, Essynce Amanda Houston and Aaryce Faith Houston; stepchildren, Micheal Hofheins and Harley Nurse; his parents, James and Laquita Houston; his grandmother, Dude Penrod; his siblings, Bronc Houston and sister-in-law, Valerie Bolton, and Lakota Houston and brother-in-law, Tony Villa; nieces, Paisley Rose and Letha Wynonna Jeanabelle Villa and Paytee Alan; and the mother of his child, Donna Aragon. He was loved by many aunties, uncles, cousins and friends.

He is preceded in death by his grandparents, Curly Martin and Francis Penrod, Donald and Alice Miller, and Letha and Sonny Houston; aunt, Karen Penrod; and favorite pet, Bossy Boy Houston.

A celebration of life will be held at the Bosque Farms Rodeo Arena at 2 p.m., Saturday, Aug. 21. Pastor Larry will be holding the services. Larado’s candlelight vigil was held Friday, Aug. 13. For more information about the services, call Bronc Houston at 505-364-4807.

Thank you to all who contributed donations to the GoFundMe for Larado’s celebration of life. Thank you to Mountain States Incorporated and Albuquerque Plumbing and Heating for your contribution.

“Those we love don’t go away; they walk beside us every day.”

With great sorrow, we announce the passing away of Juan Carlos Maez, age 46, our beloved son, brother, family member and friend. Carlos passed away after suffering from progressive Multiple Sclerosis for many years. His suffering ended on Aug. 7, 2021, at Sierra Health Care Center in Truth or Consequences.

Those who knew Carlos, even a little, have lost a shining light in their lives. He made a lasting impression on everyone whom he had the pleasure of meeting.

Carlos will be missed by his loving mother, Mercy Howell; his devoted brother, Mario Maez; and his nephew, Mario Polo Maez Jr. and wife, Leslie. He is also survived by his loving aunts, uncles and cousins, as well as many wonderful friends.

We know that Carlos is now with his father, Harold; and his dad, Billy Howell; and that he is loved in Heaven as he was on earth.

Friends and family were received at Our Lady of Perpetual Help Catholic Church in Truth or Consequences on Thursday, Aug. 12, for a Mass of Christian Burial celebrated by Rev. Michael Williams. Services were also held for family and friends from Belen at Immaculate Conception Church in Tomé on Saturday, Aug. 14. Interment took place at Our Lady of Guadalupe Cemetery.

Dr. Ted H. “Doc” Montgomery, 80, of Canyon, Texas, died peacefully after a long-fought battle with cancer, surrounded by his family on Tuesday, Aug. 10, 2021.

Ted was born on June 1, 1941, in Greeley, Colo., to R.C. and Mary Montgomery. He graduated from Belen High School in 1959, where he was an active member of Future Farmers of America and had a small flock of sheep, thus beginning his passion for agriculture.

His first teaching job was at Sul Ross University in Alpine, Texas. He then taught and ran the Meat Lab at Panhandle State University in Goodwell, Okla., prior to pursuing his PhD in Meat Science at Texas Tech University.

After receiving his doctorate degree, he was hired in 1975 to begin the Meat Science program at West Texas State University in Canyon. He taught and mentored thousands of students throughout his 30 years.

While there, he began the Beef Carcass Research Center in 1992, conducting carcass data throughout the country and in many foreign countries. He retired from West Texas A&M University as a professor emeritus in 2005.

Following his retirement, he selflessly continued humanitarian work in agriculture in many third world countries. His happiest times were spent with his wife, three children, grandchildren and great-grandchildren.

He was preceded in death by his parents and one sister, Lucy Burt.

With great sorrow, we announce the passing our husband, dad and papa, Seferino “Sefe “ Anthony Saiz Jr., age 71, a resident of Belen. Sefe passed away surrounded by his family on Aug. 14, 2021.

He was a strong believer of faith and the Raiders. He was a member of Our Lady of Belen Catholic Church, where he would usher at 8 a.m. Mass.

Sefe joined the U.S. Marine Corps in 1970. He began his lifetime career at PNM and retired after 36 years. He enjoyed spending time with family. When he wasn’t chasing grandkids, he was restoring classic cars and jogging our town of Belen.

Sefe will be missed by all who knew him. He was so full of life and always lived for others. He had amazing strength, never showing his pain during his life long battle of heart disease. Sefe left behind lots of memories to be forever cherished in our hearts.

Services will be held at Our Lady of Belen Catholic Church on Monday, Aug. 23, beginning with a public viewing from 6-7 p.m., followed by a Rosary to be recited at 7 p.m., continuing on Tuesday, Aug. 24, with a final visitation from 9-10 a.m., Funeral Mass at 10 a.m. and interment to follow at Our Lady of Belen Memorial Gardens.

On behalf of the Saiz family, we would like to extend our sincere thank you to everyone who supported us through our journey. Please sign Seferino’s online tribute at romerofuneralhomenm.com. Romero Funeral Home, 609 N. Main St., Belen. 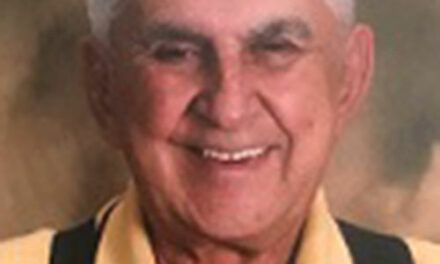 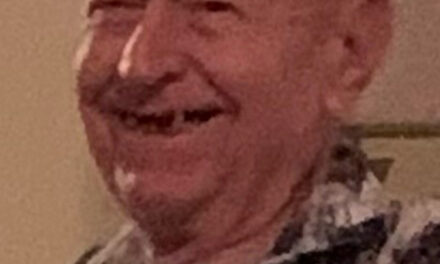