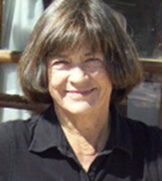 She is survived by her brother, Andy Corley and wife, Trish, of Tucson, Ariz.; her sons, Ricky Goodman, Alan Goodman and Tracy Goodman and his wife, Cindi; four grandchildren, Shari, Floyd, Lindsey and Eric; and four great-grandchildren. Darlene is also survived by countless family and friends, including Mary Sue Benjamin, her best friend for more than 70 years.

Darlene earned a bachelor’s degree in English, master’s degrees in English and anthropology, taught English at Los Lunas High School for several years, and was a life-long learner.

She was an avid animal lover and rescued numerous animals and was also a dedicated gardener. Darlene asks that friends and family remember her by taking time to plant something, to adopt a pet, to play with the pets they already have or to volunteer to help someone in need.

In lieu of flowers, the family asks that you donate to your favorite charity.

Cremation has taken place and at her request there will be no services. A memorial will be held at a later date.

Mary Corene Honeyfield, 96, passed away peacefully at home of natural causes in Peralta on Sunday, Jan. 10, 2021.

She was born on Monday, Nov. 24, 1924, to Cloyd and Ruby Eagan. The family of three girls lived on a farm in Prairie Hill, Mo. Corene attended Kirksville College of Osteopathic Medicine in Missouri before moving west.

She met her lifelong loving partner, Donald K. Honeyfield, at a church picnic In Santa Fe on his birthday. They were married on Friday, May 23, 1947. In 1956, they moved to the farm in Peralta.

Corene is survived by her husband, Donald; her sister, Thelma Tice, in Orlando, Fla.; and her five children, Dale (Carolyn), Dan (Linda) and Vernon (Wendy) Honeyfield, all of Peralta, Carol (John) Grassham, of Albuquerque, and Dean (Glenna) Honeyfield, of Blairstown, Mo.; 14 grandchildren and 25 great-grandchildren.

Corene was preceded in death by her parents and sister Eleanor F. Knee.

Corene was a caring mother, an accomplished seamstress and quilter. Corene and Donald were founding members of Peralta Memorial United Methodist Church and she was an active servant of the Lord throughout her life.

Corene was a square dancer, competed in bowling league tournaments and played tennis. In later years, despite the progressive loss of short-term memory, she was a formidable foe playing games of Chinese checkers, dominoes, cards and Scrabble until the very last two months of her life.

Interment will be in the family plot at Sunset Memorial Park, Albuquerque.

In lieu of flowers, the family suggests a donation to Joy Junction, joyjunction.org, or charity of your choice.

Louis F. Martinez Jr., age 60, passed away peacefully at his home with family present as he entered the Kingdom of God on Jan. 9, 2021.

Louis was an electrician, and retired early due to a disability.

He is preceded in death by his father, Louis F. Martinez; nephew, Noah Runyan; and brother, James “Jim” Martinez.

Memorial service will be held at 1 p.m., Sunday, Jan. 31, in Tucumcari at Immanuel Baptist Church.

The family wants to thank Bernita Kilgore, AmberCare and Adaptive Care for their many kindnesses and care for Louis.

For a complete obituary visit noblinfuneralservice.com.

Jack E. Miller, 65, of Belen. left accompanied by an angel Tuesday, Jan. 12, surrounded by his family, who witnessed his divine departure.

He was born in Albuquerque, but lived in California as a young adult, where he met his wife in 1980, and worked as a welder for 18 years. Jack returned to New Mexico in 1986 to raise his children in his beloved home state.

He worked in the printing industry becoming the pressroom supervisor at the News Bulletin. He had many wonderful coworkers there, whom he stayed friends with after retirement.

Jack worked as an extra in many movies filmed here in New Mexico. He loved his God, his family and his motorcycle, but the highlight of his day was taking his grandchildren to and from school at La Merced Elementary, where he enjoyed conversation and joking with parents, teachers and staff members.

He never knew a stranger, and lived to make people laugh, and enjoyed helping others in need. Few people knew that Jack was a Scottish Lord, and an Atrisco Land Grant heir, who spoke fluent Spanish.

He is survived by his wife of 36 years, Nancy Diodati Miller, whom he loved with 100 percent of his devotion; his children who he was very proud of, his son, Nicolas Diodati and daughter-in-law, Candice, his daughter, Angelina Miller, his daughter, Nikki Salazar, his son-in-law, who he thought of as his own son, Pablo Salazar, his son, Jonathan “Spud” Miller, and finance, Lidia Bustillos.

He also leaves his six grandchildren, the joys of his heart, Blake, Alesia, Aaliyah, Kashmere, Alina and Alijah; as well as several nieces, nephews, aunts, uncles, cousins, in-laws and friends. He was, “The Best Papa Ever,” according to very reliable sources.

The family would like to thank friends and family for the love, support and prayers, especially Jack’s cousin, Chaplin Kalani Schreiner, who gave the final prayers; his cousin, Kalama, aunt BJ and aunt Patricia; as well as his friends, John Dimas, Frank Martinez, Mike Mendoza, Allen Skinner and Brian Martin.

Jack’s final wish was to be cremated and have his ashes placed on his mother’s grave.

The words he would like to be remembered by were, “Do your best in school, do well by others, and set your heart on Jesus.” 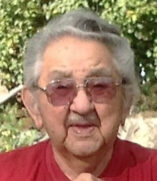 After surviving the Battle of the Bulge in World War II, he came home to marry his sweetheart, Alice Castillo. After living in Albuquerque for 25 years, they settled in Los Chavez.

Leo worked as a barber, a restauranteur and general contractor before building and opening up a well-known Los Chavez landmark, Leo’s Jerky. Here he earned the title of “King of Chicharrones.”

Leo enjoyed a variety of pastimes, including cooking, hunting, fishing, matanzas, baking, watching the Dodgers win and the Dallas Cowboys lose, and playing cards with his friends, children and grandchildren. There were many life-lessons taught at the jerky plant, at camp and dining room table.

We will always remember his delightful sense of humor, his love of music and his wonderful pot of beans. We thank him for the love he gave us and the example he set. Leo touched the lives of many. He will be greatly missed.

He is survived by his children, Leonard Montaño and wife, Rosemarie, Theresa Lucero and husband, LeeRoy, and daughter, Emily Montaño; 13 grandchildren, 24 great-grandchildren and three great-great grandchildren.

Due to COVID-19 restraints, attendance at services are limited.

Tomato Mike was born on April 15, 1954, in Highland Park, Mich. Later in the ’70s, Michael moved to Bosque, started growing his tomatoes and that’s when he got his nickname, “Tomato Mike.”

He retired after 21 years from the Central New Mexico Correctional Facility in 2008. Tomato Mike was also a well-known vendor, selling his tomatoes at the Belen Farmers Market and Robinson Park Farmers Market in Albuquerque.

He enjoyed life and loved riding his Harley motorcycles. Budweiser was his favorite, and he’d always say, “It’s another day in paradise.”

A private viewing for Tomato Mike took place on Friday, Jan. 15, at Romero Funeral Home. No services are scheduled at this time. 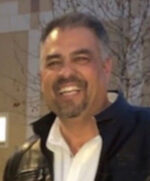 Gabe was known for his love, generosity, kindness, big heart, strength, wisdom and willingness to help others. Gabe had a strong faith in the Lord, and showed his generosity through his relationships to everyone who crossed his path.

Gabe was one of the most selfless human beings, always wanting to make others happy. He gave his heart and life for others, asking nothing in return. Gabe enjoyed the simple things in life, such as spending time with his family and making everyone around him laugh with his silly jokes.

Gabe was an angel, hero and role model for many. He always had words of encouragement and gave his time to people in need. He was a family-oriented man, always wanting to make his family feel loved and protected.

Gabe graduated from NMSU and started his business, G. Sandoval Construction, more than 25 years ago. He loved God, his family, business and employees with all his heart, and was a very loving son, husband, father, brother, nino, uncle, boss and friend.

He was preceded in death by his godson and nephew, Samuel Joseph Sandoval.

He will be greatly missed but will live in our hearts forever.

Funeral service capacity will be limited due to COVID-19 restrictions, so the church is also providing a Facebook livestream to people who are not able to come in person. Facebook link-Facebook.com/lascrucesfirst/videos.

He was a member of Our Lady of Belen Catholic Church and owner of Discount Mattress in Belen.

Porfirio is preceded in death by his loving wife, Amelia, of 59 years; brothers, David and Randy; parents, José and Tillie Silva; grandmother, Libradita Silva; and infant children, Maria and Eugene.

Angelina (Abeyta) Trujillo, age 89, former longtime resident of Belen, passed away on Saturday, Jan. 16, 2021, with family by her side.

She was a member of Our Lady of Belen Catholic Church, and also the Catholic Daughters of America and the Blessed Sacrament League.

Angelina will be remembered for her pragmatism, her compassion, her gratitude and her unfailing faith in God. 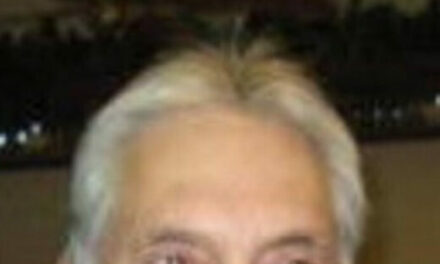 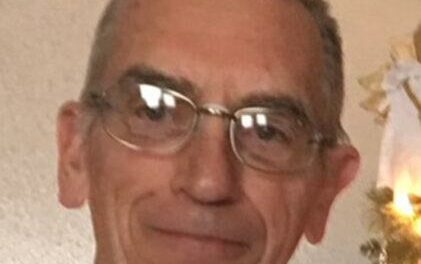 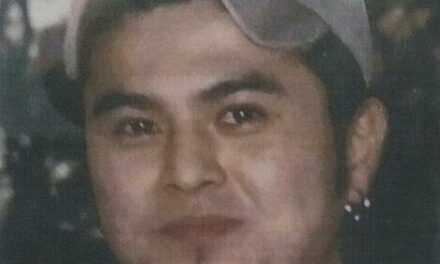 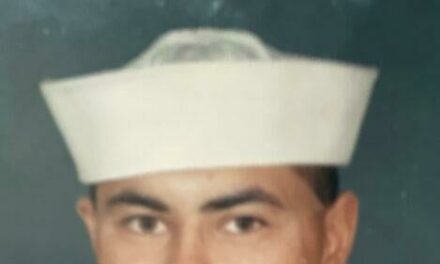