Services will be held at Our Lady of Belen Catholic Church on Monday, March 28. A public visitation will begin at 9 a.m., with a Rosary to be recited at 10 a.m., and a Funeral Mass to celebrated at 10:30 a.m. Interment will follow at Our Lady of Belen Memorial Gardens.

Arrangements are being handled by the caring professionals at the Noblin Funeral Service Belen Chapel, 418 W. Reinken Ave., 505-864-4448, where an online guest register and full obituary are available at noblin.com.

Adam B. Baca, age 86, a resident of Bosque Farms, went to dance with our angels in Heaven on March 21, 2022. He was surrounded by his loving children.

Adam was born in La Joya. He started his career with the Santa Fe Railroad/BNSF at the tender age of 21. Adam was hired on as a carman, promoted to a switchman/brakeman/conductor, then to a yardmaster, then an assistant train master. His final promotion with the railroad, Adam was honored to say, “I was the first Hispanic trainmaster.”

He finally retired from the railroad in 1998 after 42 years of service. Adam was proud to have his only son, Marvin, and Marvin’s only son, Colton, following his footsteps to work for the Santa Fe Railroad/BNSF.

His loving wife of 57 years always enjoyed to match their clothing; we believe she was waiting for him with matching wings. Adam was looking forward to dancing once again with the love of his life, Veronica.

A very special thank you to caretakers, Eunice, Grace and Leslie.

He then moved to Albuquerque, met and later married Wanda Elaine Forney on July 19, 1962. They had two children, a girl, Dana Lynn, and a boy, Obie Darrell.

After working as a grocer for several years, industrious Mark started a very successful cleaning products business that supported his family through retirement. Mark was a beloved, faithful member of the Rio Grande Valley Church of Christ in Belen for 30 years, and his first love was his Lord, Jesus.

Mark was preceded in death by his daughter, Dana; his son, Obie; and his wife, Wanda.

He is survived by a sister, Jacqueline Craig, of Plano, Texas; two grandchildren, Amy Urquijo and Adam Braddock; great-grandchildren; as well as multiple friends and church members from all over the country.

A memorial service will be held at 2 p.m., Thursday, April 7, at Noblin Funeral Service, 418 W. Reinken Ave. in Belen. 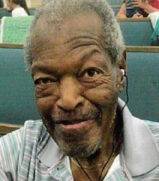 Edward Harris Jr., age 83, of Bosque, peacefully passed away on Wednesday, Feb. 16, 2022. He was a member of The Valley Church of Christ.

Edward served with the United States Air Force. He worked as a psychological technician in Martinez, Calif. Edward retired from the Air Force at Trans Air Force Base in Fairfield, Calif., as a sergeant E5.

Two of his favorite things to do were first, bowling (he could have gone pro), second, fishing for catfish. Edward also liked to travel a lot by car along with his dog, Mr. Man.

He is preceded in death by his mother, Dorothy Lee Merritt, of Texas; nephew, Tyrone Carter Sr.; and niece, Cynthia Carter.

All services will take place on Wednesday, March 30, at Romero Funeral Home Chapel in Belen, beginning with a visitation starting at 10:30 a.m. and a celebration of life to follow.

The honorary pallbearer will be Martin Anderson. 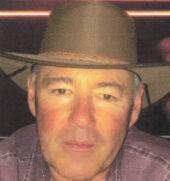 He was born in Albuquerque. Herbert worked for McCarthy Building Company Inc.

He is preceded in death by his sister, Bernadette R. Castillo; and grandparents, Ignacio and Annie Apodaca.

A Rosary will be recited at Our Lady of Guadalupe Catholic Church in Peralta at 12 p.m., Saturday, March 26, followed by a Funeral Mass to be celebrated at 12:30 p.m. 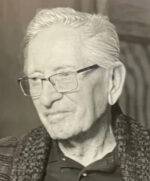 He was born on March 21, 1940, to Clarence Harold “Bud” and DeEtta Kintzler in Riverton, Wyo. He graduated from Riverton High School in 1958 and he was class president.

Dennis was the electrical director for Western Nuclear Mine in Jeffrey City, Wyo., for six years. He was also on the volunteer fire department and drove the ambulance.

After moving to Socorro, he worked at Good Samaritan Village as director of Environmental Services for 14 years. He worked at the Walmart Distribution Center in Los Lunas for five years.

After he retired, Dennis worked for Renzenberger in Belen as a driver, transporting railroaders to their destinations.  He enjoyed motorcycling with his wife and friends, and he earned his pilot’s license and bought his own plane, a Cessna 182.

Dennis enjoyed fishing, camping and spending time with his pets. Dennis also served on the Rio Communities Planning and Zoning Commission until he was unable due to his illness. One of the many things we will remember about Dennis is his great sense of humor.

Dennis is also survived by his brother, Jerry Kintzler and wife Lori, of Riverton, Wyo.; and three stepchildren, Shirley Wood and husband, Stan, of Los Lunas, Sidney Green and husband, Jimmy, of Socorro, and Michael Gaines and wife, Melody, of Carrizozo, N.M. In addition, Dennis is survived by many nieces, nephews, grandchildren and great-grandchildren.

Private cremation has taken place and further arrangements will be made at a later date.

Joseph “Jerry” Luna passed away on March 17, 2022, with his companion and love of his life, Carla Ferrell, by his side.

Jerry was a true cowboy, and could tell you amazing stories about his cowboy days. Any time he told you one of his famous stories, he always had a sparkle in his eyes.

Jerry is preceded in death by his parents, Guadalupe and Margarita Luna; and siblings, Bernie and Arthur Luna, and Rose Mary Alderete.

He is survived by his companion and love of his life, Carla Ferrell; and siblings, Josephine Potter, Carla Lente, and Henry, Greg, Felipe, Roger and David Luna.

Special thanks to Kindred Hospice and Presbyterian Anna Kaseman Hospital. 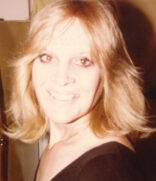 Surrounded by her loving family, Ilona I. Romero, age 71, went home with our Lord peacefully on Monday, March 7.

She is preceded in death by her parents, Hermann and Ursula Rohrmueller; and brother, Hemme Rohrmueller.

She is survived by her loving husband of 41 years, John Romero; daughter, Sheri (Alfredo) Ulibarri; her favorite son, Marcus (Lisa) Devlin; and daughter, Ashley Romero; sisters, sisters-in-law and brothers-in-law, 12 grandchildren, 11 great-grandchildren, and many nieces and nephews.

llona moved to the United States in 1970 and to Belen in 1971, and boy did she turn heads; she was “that beautiful lady from Germany.”

She loved the outdoors, camping, fishing and hiking to name just a few things she enjoyed, but most of all she loved her family and friends unconditionally. Her kids could do no wrong and were her life, but her grandchildren were her world.

Ilona’s beauty, sense of humor and contagious laugh will be greatly missed by everyone who knew her.

A celebration of her life was held on Friday, March 18, at Calvary Chapel of the Rio Grande Valley in Belen.

He was born in Isleta, and grew up in Los Lunas. Lorenzo was a faithful member of San Clemente Catholic Church in Los Lunas. He was a loving brother, dad, friend and papa.

Lorenzo was always there to lend a helping hand to anyone in need. He had an interest in auto mechanics, which started at the age of 9. Lorenzo retired from the village of Los Lunas but continued his passion to work on vehicles until the end of his days.

He was an Army specialist veteran, Spearhead 3, and loved sharing his stories of traveling around the world. Lorenzo loved to gather his family and take his yearly Easter trips to El Santuario.

He enjoyed playing pool, dancing, spending time outdoors, taking long drives, working on projects around his home and was an amazing carpenter. Lorenzo finished building his last deck on his home at the age of 87.

Most of all, he had the greatest love for his family.

Lorenzo is preceded in death by his parents, Pedro and Beatrice Salazar; daughter, Mary Margaret; and brothers, Frank and Victor.

He is survived by his children, Daniel, Mark, Wanda, Betty Lou and Peggy Sue; 15 grandchildren, 18 great-grandchildren; siblings, Vera and Gloria; and many nephews and nieces.

A visitation will be held at 9 a.m., Thursday, March 24, at San Clemente Catholic Church with a Rosary to be recited at 9:30 a.m. A Funeral Mass to be celebrated at 10 a.m. Interment will follow at Our Lady of Belen Memorial Gardens.

He was a 4.0 senior at Cibola High School, with plans to attend NMSU in the fall. Jared was an accomplished student, athlete and musician. He was a gift to us in this world, and we already miss him terribly.

He was preceded in death by his great-grandparents, Lee and Ruth Auge, of Belen.

A celebration of life memorial will be held at a later date.

Bob was born in Denver, Colo., but raised in Sheridan, Wyo. He was the oldest of four children. Bob loved gardening, fishing, helping with his son’s race car, and panning for gold in the rivers.

Bob was a truck driver and drove up until the last month of his life. His dazzling smile and heart of gold will be missed dearly.

He is preceded in death by his father, Alfred; mother, Margaret; brother, Ricky; and sons, Sean and Bobby.

He is survived by his wife, Janet; daughter, Brandee; son, Randall; daughter-in-law, Wendy; grandchildren, Sean, Taylor, Angelica and Gregory; and many nieces, nephews and friends. 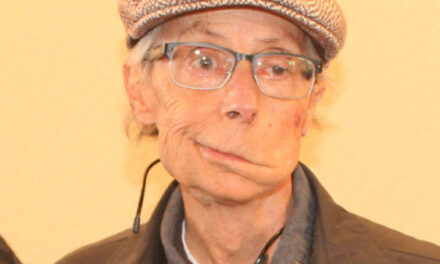 Burr remembered by many; admired