She was born in San Bernardino, Calif., to her parents, Raymond and Nancy Baca.

Shirley was truly one of a kind. She loved her children more than anything and was the best grandmother. She had a heart of gold and would help anyone, whether they were in need or not. We will miss her dearly, but will take comfort in knowing she is at peace.

Following the funeral, there will be a gathering of close family at her daughter, Stacy’s home.

She loved to spend time with her family, especially her grandchildren. Patricia had a great love for dogs and loved to fish and garden. She was an avid Ohio State fan.

Patricia is preceded in death by her parents, Frank and Geneva Coleman.

She is survived by her loving husband, Gus; daughter, Kerry and husband, Bobby, and their children, Aidan and Layla; stepson, Mica and his children, Mica, Jolie, Ana and Jacqueline; stepdaughter, Mitty and her husband, Randy, and their son, Clay. We love and miss you.

Patricia loved color, and instead of traditional black attire, she would love for everyone to wear something colorful.

Also, in lieu of flowers, please make contributions in her name to the Animal Humane Society.

Services will be held at St. Bernadette’s Catholic Church in Albuquerque on Thursday, Sept. 9, beginning with a Rosary to be recited at 9:45 a.m., and a Funeral Mass following at 10 a.m. Interment will take place at a later date.

She grew up in Belen, and graduated from St. Mary’s Catholic School and Belen High School. She loved playing with her many cousins.

Her mother was one of 10 children, and her father one of 11.

She and Gilbert Tabet met when she worked for her uncle, Gillie, at his bakery. They married and raised four children, Philip, Reneé, Liz and James.

Sylvia held various jobs throughout her life, although being a mom was her most important and enjoyable. She worked at Gil’s Bakery, Circle T, Oñate Theater, Belen Magistrate Court, Belen Consolidated Schools, Drug Enforcement Agency, New York Life and registrar for TVI in Albuquerque.

She married Cole Griego Jr., to whom she was married for 43 years. He was the love of her life! In 2016, Sylvia and Cole moved to Colorado Springs, Colo., to be near her daughters. James and Alexis moved up two months later.

Sylvia dealt with physical pain most of her life. She lived with scoliosis that wasn’t diagnosed until six years ago. Not able to endure a nine-hour surgery to straighten her spine, her pain only worsened.

She had two primary caregivers, who cared for her like a daughter, Mariela Estrada and Clotilde Leon. We are so grateful to them for their love and care.

Sylvia is preceded in death by her parents, Martin and Tomasita Sanchez; brothers, Ricky and Johnny; sister-in-law, Rita Sanchez; and brother-in-law, Jerry Halpern.

She also leaves behind to cherish her memory, daughter-in-law, Yolanda; and son-in-law, Eric; and grandchildren, Andrew and Lisa (John-Eric), Cameron, Bryce, Haley, Tyler, Ethan (Julianna) and Alexis; great-grandchildren, Lydia and Judah; four step grandchildren, Jon, Corine, Chris and Cindy; her sisters, Theresa Halpern and Pat Dalla; and brother, Ray Sanchez (Teresa). She had many nephews and nieces, who loved her dearly.

She was a beautiful, kind, loving, strong, nurturing and caring wife, mother, grandmother, great-grandmother, daughter, sister, aunt, cousin and friend. She will be greatly missed.

His tender heart and his loving gaze will be sorely missed by innumerable friends and family.

Andrew is preceded in death by his brothers, Genaro J. Sisneros and Herman C. Sisneros.

Andrew will remain in the hearts of his many loving uncles, aunties, nieces, nephews and cousins.

A celebration of Andrew’s life will be held at a future date when it is deemed safe for all to participate. 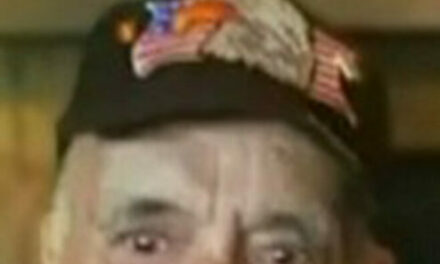 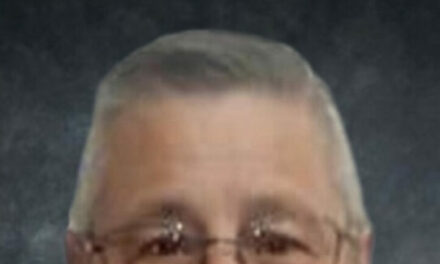