In an effort to help the senior citizens in Valencia County, a group of local people has formed a non-profit corporation the sole purpose of which is to offer support.

The organization, Valencia County Senior Support, intends to raise money through local fund-raisers and through grant writing for a variety of purposes. Bob Sanders of Rio Communities, who founded the new organization, said all the funds raised will be directly used to help with the needs of senior citizens.

“What will happen is that we’ll receive the funds and then distribute them (according) to the needs indicated by Mary Ann Gonzales of the Valencia County Senior Citizens program,” Sanders said. “For example, a senior citizen’s home where access is limited. We could provide funds that would help provide a ramp.

“Another type of need that we could help with is homes that need to be fixed. There are a lot of seniors who have broken windows, broken doors, and there is simply no money to fix those things.”

Other needs the Valencia County Senior Support corporation wants to help with is with transportation, pharmaceuticals and respite care.

The idea of forming a non-profit corporation to raise money for local senior citizens came when Sanders was elected chairman of the Valencia County Senior Citizen’s advisory board.

Sanders said he realized that although the money wasn’t going to increase, the needs of the senior citizens were. It occurred to Sanders that one way to help support the seniors in Valencia County was through a non-profit organization the purpose of which is to raise money for specific purposes.

The local organization was created last September when they filed their intent to form with the state. The group is currently waiting for approval from the Internal Revenue Service before they begin their fund-raising efforts.

In the meantime, a board of directors has been named. Board members are Frank Pando, Eleanor Hawley, Ken Carson, Nicolette Panago-poulos, State Sen. Michael Sanchez, Dave Puddu and Karen O’Kain.

“I’ve belonged to a number of organizations over the years and this particular organization is the most dedicated and helpful people I’ve ever worked with,” Sanders said. “They really care about the seniors.”

The local organization hopes to begin fund-raising by May with dinners, dances and raffles. Sanders said their primary goal is to raise money through grant writing.

“There is a lot of money available, we know that; it’s just a matter of tapping into it,” he said. “To do it well, we need people who are familiar with grant writing, and two of the people on the board have experience with grant writing. We will also try and train people at the senior centers to eventually write most of the grants.”

Sanders said he hopes the Valencia County Senior Support organization will raise about $20,000 in the first 12 months and is confident it can raise $50,000 in the following years. 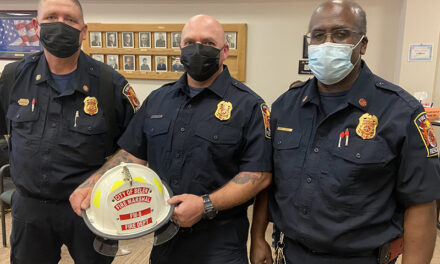 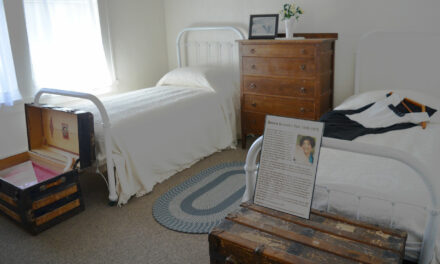