The way Dale Armstrong figures it, the amount of work his 32-year-old company did in its entire first year can now be done by his current workforce in about four hours.

That’s because when TLC Co., Inc., was a newborn, the then-22-year-old Armstrong served as plumber, janitor, mechanic and bookkeeper. The only other employee was his wife, Gail, who helped him with the bookkeeping.

Now, the plumbing and utility company counts nearly 600 workers in Albuquerque, Santa Fe and Carlsbad, doing jobs across the state for commercial, residential and industrial clients.

Part of the reason for his business success, he says, is what he learned after the traumatic experience of losing his parents in a car crash just before his senior year in high school.

“I didn’t have a backstop like a lot of people, so I was pretty motivated,” says Armstrong, who grew up in the small western New Mexico community of Quemado. “If I wanted food on the table, I had to put it there.”

But he received an abundance of valuable assistance and mentoring from relatives and others, and he says he has tried to do the same for his employees.

“I think it made me realize the importance of investing in youth,” he said. “With young people coming into the company, I like to help them grow. People extended me that courtesy, so I want to extend it to them.”

The company provides technical training and offers classes on life skills such as money management, personal debt and the importance of credit scores. Armstrong has been known to provide a loan to a struggling employee and sometimes teach them “how to keep from being in a bind in the future.”

“Everybody will honor their commitment” and pay back the loan, says Armstrong, 55.

Last year, Armstrong started Viante New Mexico, a nonprofit that tracks how state lawmakers vote on legislation. The idea, he says, is to create more “transparency in government” and give voters an informed choice.

But Armstrong’s office, with its display of a “real old” pair of women’s riding chaps and a large Montosa Cattle Co. sign, gives clues about where you can find him on the weekends.

That would be at his 160,000-acre ranch in Magdalena, which started as a hobby but now has 1,000 cattle and four full-time employees.

“I always wanted to be a cowboy,” Armstrong says. “There’s a lot of ranching in Quemado (and) just probably from the old Western movies or something. And still that’s my getaway. In Albuquerque, there’s a lot of traffic and activity, and there it’s relaxing. But it’s a lot harder work.”

Armstrong, who is married to state Rep. Gail Armstrong, R-Magdalena, and has four adult children, moved his family from Albuquerque to Magdalena as the company was growing because he wanted to provide his kids with the qualities of a rural setting. He dived in as well, adding to his duties by starting and coaching a Magdalena High School pole-vaulting team.

When you started the company, did you think you’d be this successful?

“No. That would be a little scary. So I grew with the company, right? I didn’t know how to run a 600-person company when I started, but now I know how. Well, I’m still learning every day, but it’s fun.”

“I received very good advice from my mom about being fiscally responsible, being able to manage money. I would ask her ­— I was a kid — ‘How much money do I need to make?’ And she said, ‘You know, Dale, it doesn’t matter how much money you make; it’s what you do with what you make that matters. Money comes and goes, and education is yours forever, so learn as much as you can.’ I think one of the things that has helped TLC grow is that right there. We have embraced training people.”

How has that worked out?

“Twenty years ago, I was excited because I was developing my training better, and I was visiting with a couple of other owners of companies and they said, ‘Dale, you’re crazy. You’re going to train these people, and then they’re just going to leave.’ And I thought, ‘Gosh … well, what if I don’t train them and they stay?’ So I just said, ‘You know what? They may leave, or they may stay. It’s my intention to provide them a work environment that they want to stay, and so that’s what I’ve worked on. One of my commitments is that every day, they can go home with their integrity intact.”

“There were 16 kids in my graduating class. I lived out in the country, where there wasn’t much to do, but you learned to get along with everybody. So there were rich people there, and there were poor people there, but you all coexisted. It cut through barriers. I think there were 200 kids, K through 12. I knew every one of them. And then we had a small ranch, and you had to care for the animals. So learning to care for animals is a good thing because caring for animals, caring for people, it’s kind of all the same.”

What’s an example of a difficulty you’ve faced, and how did you overcome it?

“In 1999, things were pretty busy, and we were struggling finding good people. We were growing, and the quality of people we saw, it didn’t really fit the standard we wanted. So we said, ‘How can we fix that, because I want to work with people I’m willing to invite to my house.’ And so we decided out of 100 people, we only want the top five. We started this commitment, we’re going to hire the top 5 percent. So we’ve followed that since … and it really changed the company a lot. How do you get the top 5 percent? You’ve got to have top pay, top benefits. You’ve got to have top training. We made that commitment. I say ‘we’ because I can’t do much by myself, but as a team, we can do a lot.”

What are your pet peeves?

“I guess a little bit of a pet peeve is people not willing to be held accountable for their own actions. Because people wander around quite often with their hand out instead of their hand up. I have seen that with kids, and I’ve seen it with adults, and I don’t think it’s healthy because the more you actually do yourself, the better you feel. The things I’m most proud of, I can usually find discipline involved with that, and the things I’m disappointed about, I find a lack of discipline. Like my weight. I could fix that easily enough if I was a little more disciplined in my eating habits and my exercise habits.”

Is there something about yourself that you wish you could change?

“I wish that I didn’t tear up so easy. Because, I don’t know why — because I’m not crying like a baby. I know it’s not a bad thing, but that’s one thing I wish I could change.”

Do you have a guiding philosophy?

“I talk a lot about just do the right thing for the right reasons. I’m a pretty simple person, and I don’t need a lot. It just makes you feel good. If everybody did that, I think that would be really, really good for society.” 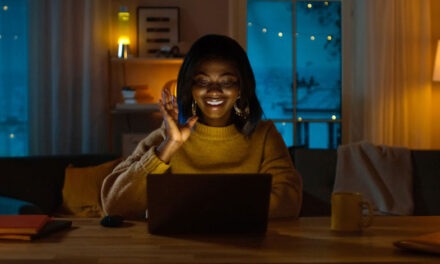 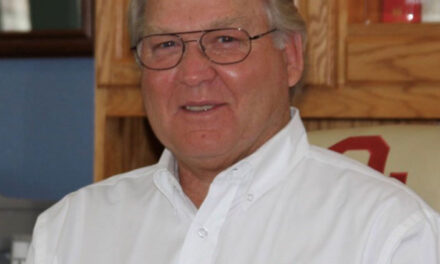 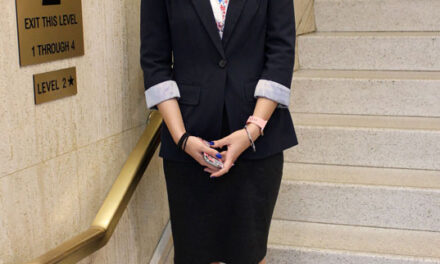