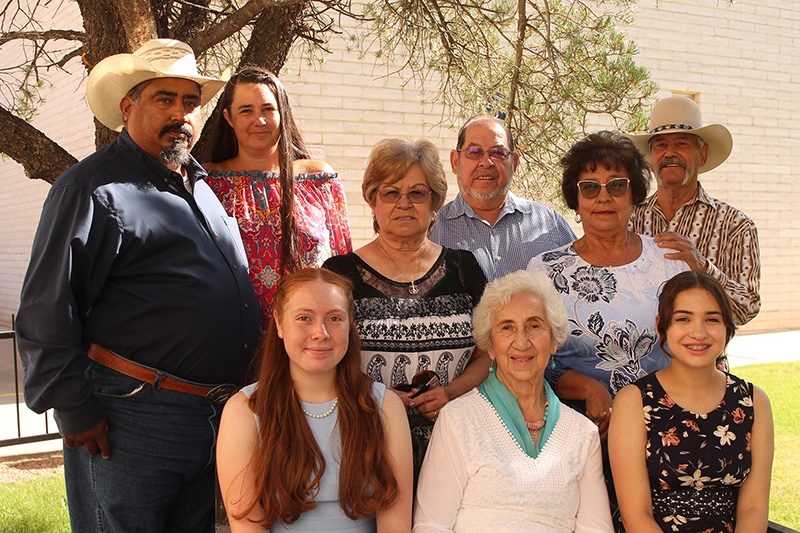 BELEN — It’s only one day, but the Our Lady of Belen Fiestas is back, bringing music, a parade, bingo and Fiesta burgers to the community.

This year, the traditional three-day event has been pared back to one — Sunday, Aug. 15 — and for its 228th year, the Fiesta theme is “Rejoice and Be Glad.”

The parade starts at 12 p.m. on Sunday and will be led by parade marshals, Eugene (Kenny) and Nora Maestas.

The couple said it’s a big honor to lead the Fiestas parade. Both are looking forward to throwing candy to onlookers.

The couple served as the padrinos for the 1999 fiestas, and Kenny has served on the Fiestas committee for at least 15 years, as well as overseeing the regular OLB bingo games for more than a decade. Both have been Eucharist ministers since the 1990s.

The parade will take its traditional route north on Main Street, starting at the Belen Senior Center to Church Street.

This year the Fiestas have co-padrinos, with two couples serving in that capacity — Lawrence “Country” and Dolores Contreras, and Santiago and Randie Montoya.

Dolores said being asked to be padrinos was a huge, unexpected honor.

“We have always volunteered and helped with what we can,” she said.

Her husband of 51 years, “Country,” said they just want to make people happy.

For the Montoyas, the Fiestas mark milestones and accomplishments for their family. The day of the celebration will mark their 24th wedding anniversary. Their daughter, Tiffanie, was the 2011 Fiesta Queen and exactly 40 years ago, Santiago’s parents served as padrinos.

The couple also serve as the mayordomos at the Jarales Catholic Church.

Chavez said she was surprised to be named honorary queen, adding it was an inspiration to be able to serve the church at 81 years old.

“I’m still trying to keep up with these youngsters,” Chavez said with a chuckle, referring to De Leon and Gallegos. “There are a lot of ladies deserving of this above and beyond me.”

“I am thankful and glad for the opportunity. As a senior, thanks to God I am still able to serve,” she said.

Chavez has been involved with the church her entire life, including serving with her husband of 61 years, Gilbert, as the Christmas padrinos at Our Lady of Belen and at San Juan, and mayordormos of Our Lady of Guadalupe in Los Chavez.

She was also a longtime catechism teacher, being named Catechist of the Year, as well as the confirmation director for many years at Our Lady of Belen. She is also a longtime member of the Catholic Daughters of America.

She and Gilbert were nominated for the archbishop’s St. Francis of Assisi award, which they accepted in 2009.

“I stay involved, stay busy,” Chavez said. “I have a good life. God has blessed me with a good life.”

While the annual event has been scaled down, there will still be lots of different vendors and a wide variety of entertainers, said longtime Fiesta organizer Brian Mascarena

“People are just ready to go out. They’re excited about it. At first we were concerned people might not come, but as it’s gotten closer people are saying they’re ready for it,” Mascarena said.

Entertainment at the fiestas has traditionally featured Spanish and Mexican bands, but this year’s groups are more varied, he said. The performances will be reminiscent of the 1980s and ’90s, Mascarena said, with a big tent for the bands to perform under in the center of the church grounds.

“Brahma Band is one of the top country bands in New Mexico. Rhythm Divine and Power Drive play a wide variety of music,” he said. “We’re hoping people enjoy it.”

After 26 years helping with the festivities, Mascarena said he keeps volunteering year after year to see people enjoying themselves.

“Every year I ask myself, is this the last year? And every year, especially on Saturday night, when it’s really full and you can see the people enjoying themselves, that’s my joy,” he said.

The fiesta wouldn’t be the fiesta without bingo. The game on Saturday, Aug. 14, will be in memory of Lola Quintana, a lifelong member of the parish and longtime Belen educator who died in August 2020.

The concession stand will be open for bingo on Saturday, Aug. 14, selling hot dogs, nachos, popcorn, candy, soda and water.

Food booths and other vendors will open at 2 p.m., Sunday, Aug. 15, and the entertainment gets underway then as well.

Fiesta burgers will be sold from 12-8 p.m. at the burger booth on the church grounds, or they can be pre-ordered at ourladyofbelen.org. Pre-orders close at 8 p.m., Saturday, Aug. 14.

The schedule for live entertainment on Sunday, Aug. 15, includes:

Fiesta raffle tickets have been mailed out. If you haven’t received your tickets, call the parish office, 864-8043.

Tags: Fiesta, Our Lady of Belen, Our Lady Of Belen Fiestas 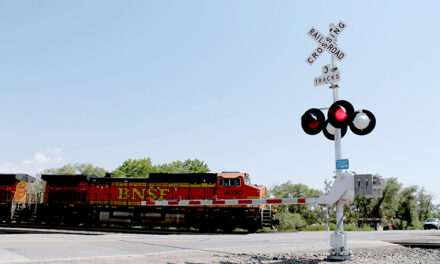 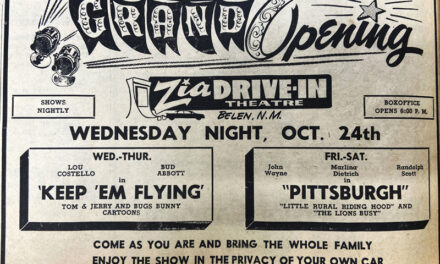 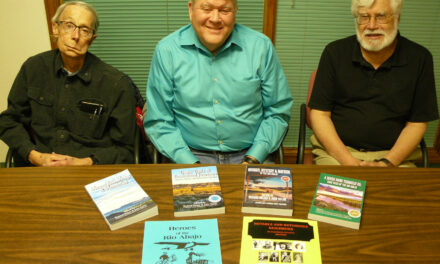