Paw it forward: Paper or plastic? 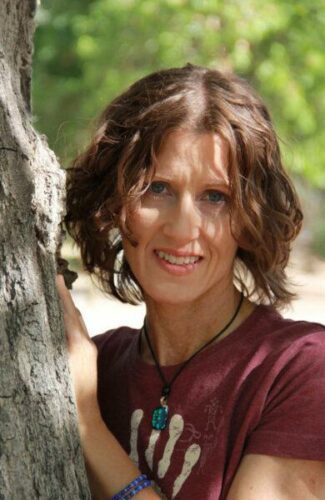 Albuquerque’s ban was suspended during much of the pandemic, and on April 5, Mayor Tim Keller’s attempt to renew the ban was shot down by city councilors in a 6-3 vote.

Keller wanted to wait to see the results of the ban before deciding to end it, but one councilwoman stated the ban “added economic hardship to businesses and consumers.” (I’ve not been able to wrap my head around that comment.)  The Santa Fe ban remains in place.

Noticing the recent reappearance of paper bags in stores, I got curious about which is worse. The answer wasn’t great. Paper bags take four times more energy to produce than plastic. Chemicals and fertilizers in them create additional harm to the environment when they break down (National Geographic).

In order to balance out the use versus harm of paper bags, they’d have to be reused up to 43 times. Considering that I just rescued 21 pristine brown bags from the dumpster behind my apartment, I’d say that’s not happening — at least not here.

Plastic bag production creates less harmful environmental byproducts, but the aftereffects of their existence are causing immense destruction. This is where my research got scary.

According to the UN Environment Programme, 1 trillion plastic bags (that’s 12 zeros) are produced every year and 1 million are consumed every minute. Since few people recycle them, they end up everywhere. In 2002, Bangladesh became the first country to ban the bags after they clogged up drainage systems during a devastating flood. That ban is also still in place.

Since the 1950s, we’ve amassed nearly 7 billion tons of plastic in landfills — half of it in the last 10 years, and plastics don’t biodegrade. At the Nature Conservancy’s Earth Day Summit last week, artist, activist and founder of Plastic Pollution Coalition, Dianna Cohen, called plastic “a substance the earth cannot digest.”  Instead, it breaks down into tiny pieces called microplastics — some the diameter of a grain of rice, others microscopic.

Scientists are finding it in our soil, water, food, animals and us. Paul Anastas, of Yale University, says the human health effects remain to be seen, but in marine animals, scientists are witnessing stunted growth, liver damage, inflammation and reproductive issues.

Here’s more scary stuff: the Great Pacific Garbage Patch, one of the five “islands” of garbage in the oceans, is estimated to be twice the size of Texas. It’s hard to tell for certain, says Ocean Cleanup, because so much of the 8 million tons of plastic dumped into the ocean every year has already sunk to the bottom.

Trapped in the warming waters, plastic gives off methane and ethylene. It can also be mistaken for food by ocean creatures, who ingest the stuff, stop eating and starve to death — if the plastic doesn’t lacerate their intestines first.

Finally, here’s my one “optimistic” takeaway: Since the 1970s, “Reduce, Reuse, Recycle” movement began, the burden of reducing trash has fallen largely on the consumer, but that’s changing.

For example, last February the UN Environment Programme met to discuss a “globally binding agreement on plastic pollution.” (Outside the meeting hall loomed a 30-foot sculpture of a faucet spilling out tons of actual plastic pollution.)

Governments across the world are stepping up to curtail plastic pollution in their countries, cities and states. Seventy-seven countries currently have legislation in place, and although the U.S. lags behind, two anti-plastic pollution acts introduced last year, S.984 and S. 1507, await review.

Film companies and corporations are working to reduce their carbon footprints, and manufacturers are moving toward using more recycled plastic materials. Our job is to continue practicing the three R’s (adding the now popular “refuse” as in refusing to buy or accept plastic stuff,) voting for people who care about us and our planet,  and speaking up to help educate and inspire — like the 10-year-old girl in California who, disturbed by the plastic box her strawberries came in, wrote to Harry’s Berries asking if they might consider switching to more sustainable packaging, and/or offer incentives for people to return the plastic boxes when they bought more berries. I’ll leave you with that.

Information  on recycling plastics can be found at RecycleCoach.com.

Japanese have constructed for centuries