RIO COMMUNITIES — After nearly three decades of combining her passion for teaching and sports, a La Merced Elementary School teacher is leaving the gym to pursue another dream.

For 27 years, Elaine Molina has been the face of physical education at La Merced Elementary, one of the largest elementary schools in Belen Consolidated Schools.

After 27 years as a physical elementary teacher at La Merced Elementary School, Elaine Molina has retired.

Julia M. Dendinger | News-Bulletin photo
At the end of January, Molina retired from education, and will be forging ahead as a jewelry maker.

“I want to be a silversmith. I’ve been designing and making jewelry — wire wrapping — for a while now. I’m really enjoying it,” Molina said. “You have to go after your passion. Never, ever give up on what you want to do. I try to instill that in my students.”

That message she has taught literally generations of children, along with lessons in physical activity and exercise.

A 1986 Belen High School graduate, Molina earned a volleyball scholarship to Western New Mexico University, where she earned her degree in education.

“I was kind of an all-around athlete. I always wanted to teach and loved sports,” she said. “At Western, my professors were amazing. The classes were small, and the students counted. They were really there to teach.”

While playing for Western, Molina was coached by Van Smith-Davis, who was not only a volleyball coach but a mentor to her.

“She taught me you gave to the community. You serve as a student athlete,” she said.

After she graduated from WNMU, Molina was planning to go to Arizona to teach. That summer, she took a job at Albertsons in Los Lunas in preparation for her move west.

While there, she ran into her former kindergarten teacher, Marie Garcia Shaffner, who happened to be the then superintendent for Belen Consolidated Schools.

“She was another person who was very supportive — a mentor. She remembered me and knew I’d majored in education,” Molina said.

With Garcia’s encouragement, Molina applied with BCS. She got the job, and for the first three years, Molina was a roving elementary school PE teacher.

“I taught at all five elementary schools, one each day,” she said. “I even had to buy a different car to haul all the stuff around.”

In her fourth year of teaching, Molina was assigned to La Merced full time, but it was still a challenge, teaching 20, 30-minute classes a day.

Because the school is kindergarden through sixth grade, she had to develop curriculums for each group of grades — kindergarten through second grade is development level one, third and fourth grades are level two, and fifth and sixth are level three.

“And everyone isn’t at the same level,” she said. “I learned to be adaptable. Art, music, PE teachers, we have to teach everyone.”

Like most teachers, Molina found her favorite curriculums and teaching methods, allowing her to “disguise” exercise as fun, random games.

“One is having some of them make a bridge and the others go under. They don’t realize they’re working on muscle strength,” she said.

Molina always worked hard to have good classroom management, which in turn let her students know they were safe and had a place.

“There’s a poster outside that they touch to ‘tap in’ before class every day,” she said. “It puts them in the right frame of mine, to come in ready to try their best and treat others with kindness.

“I love my kids. It’s going to be hard to be without them. They give me light. I’m going to substitute though. I’ll never be a regular civilian.” 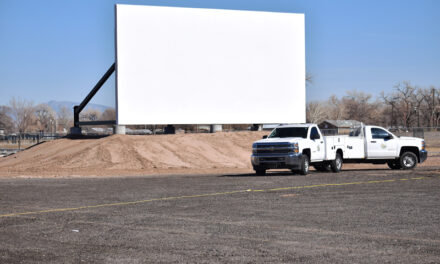