Home » Opinion » People and Places: I love myself a good dad joke

People and Places: I love myself a good dad joke 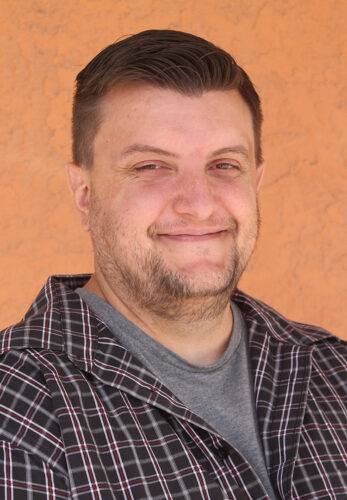 A sense of humor can be many things: weird, dry, non-existent. Sometimes it can even be distracting.

Ever since I was a kid, I have been a big fan of comedy — most notably slapstick comedy. Nothing makes me laugh more than someone running into a pole, falling down or tripping.

Movies like “Christmas Vacation,” “Dumb and Dumber,” “Airplane,” “Hot Shots,” and “Planes, Trains and Automobiles” are always high on my list of favorite movies.

I consider Mel Brooks to be one of the all-time great movie writers and directors in Hollywood history.

Of course, there are limitations to it. I will not laugh if someone gets seriously hurt, but if someone falls or runs into something, I have a tendency to laugh out loud. I found myself laughing uncontrollably once at a friend who had fallen down three stairs.

My easy-to-amuse personality has branched out over the past several years into the dad joke realm. Now, I found them to be pretty funny even before having children — more so now when I tell these jokes and the looks on people’s faces following a said joke.

Some of my social media pages are littered with dad jokes. Nothing is more amusing than the groans that follow, such as, “No, I didn’t get a haircut, I got them all cut.” Or the more amusing, “How do you get a squirrel to like you? Act like a nut.”

Now the influence is crossing over. There are days now that my children attempt to come up with their own dad jokes.

Many times they come home from school to tell me, “Why doesn’t the crab donate to charity? Because he’s shellfish.” Of course, the lines during the last week of 2021 that went, “See you next year.” Hilarious if you ask me.

I feel like dad jokes can lighten the mood. Nothing would be better than if two presidential candidates squared off in a debate, only to have a section of it be a dad joke contest. It would certainly make those debates more watchable, maybe not more comedic, but still more watchable.

There are times when I try to be serious, I do, but most of the time I find myself listening to what someone says only to try to think if I have heard a dad joke about a given situation. My wife does get mad at me often for trying to lighten a serious topic with a pun or quip that would normally bring an eye-roll and a smirk from her.

In fact, the advice I find I most give to people is to not take themselves too seriously, which is kind of an ironic phrase given the fact that I am supposed to be giving serious advice.

Breaking tension with a sly dad joke is always fun to see how the person who has the tension with reacts and thinks right after said joke. I do not recommend this kind of strategy in all scenarios, but it is worth a try to see if a laugh can be brought out in someone.

It has been said that laughter is the best medicine. With that in mind, there is nothing else that could unite us better than the dad joke. The cure to what ails many.