Home » Opinion » People and Places: Remembering is a struggle

People and Places: Remembering is a struggle 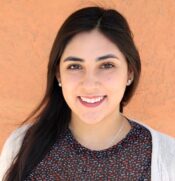 Every year when Sept. 11 rolled around, my elementary, middle and high schools would always have some sort of remembrance ceremony to honor the American lives lost on that dreadful day in our country’s history.

Every year, that remembrance always came with a disclaimer that we would be able to step out if we needed a minute to collect ourselves.

No student in my classes ever cried. One teacher even mentioned how this was the first year she had taught the lesson on the terrorist attacks that no one became overwhelmed with emotion.

Unlike many people, even those just a couple years older than I am, many of my classmates and I do not remember where we were the day the World Trade Center collapsed in New York City, when the Pentagon was attacked or when United Airlines Flight 93 went down in Pennsylvania. I was only 3 years old when the terrorists attacked our country.

I have heard the stories. I have watched the documentaries. I understand the significance and terror many felt on that day in 2001, but for some reason I feel one step removed. I can only truly understand what it was like growing up in a post-9/11 United States of America.

Growing up, my family always had some kind of TV news playing in the background. I have vivid memories of seeing the tan speckled uniforms worn by U.S. troops stationed in the middle east, camouflaged against the light brown sand. I have vivid memories of coffins covered in American flags being unloaded from military airplanes and long lists of soldiers killed in action.

Even my oldest cousin served and was injured overseas. I remember the day my mom sat me on the edge of her bed with tears welling up in her eyes to tell me that my cousin had been hit by a roadside bomb, resulting in the amputation of his right leg. I was 7.

Like many others caught in the grey area between Millennial and Generation Z, the war touched my family close, but I, to this day, have little understanding of why the United States fought in the Middle East in the first place. I just felt the pain our presence caused.

Twenty years later, in a bittersweet moment, the United States pulled the final soldier out of Afghanistan. Nearly as long as I have been alive, U.S. troops have been stationed in the country.

I still feel and see the pain and bloodshed our military presence caused.

We will never know what it’s like to say goodbye to a friend or family member before they embark at the airport boarding gate. We have lived in a time of increased Islamophobia that I am still working at recognizing and actively combating. We have never known what it means to be without war.

The collapse of the twin towers was a turning point in American and world history that shaped my generation emotionally, much like how the COVID-19 pandemic will shape the next.

As Sept. 11, 2001, inches farther away into the past and it begins to fall out of the collective memory, I can only hope that the residual pain of the attacks will continue to recede. Hindsight is always 20/20 and getting more clear by the second.

(Makayla Grijalva is a reporter with the Valencia County News-Bulletin.)

Is this anxiety normal?