Home » Opinion » People & Places: That which was lost

People & Places: That which was lost

There’s a basket in the back of my bathroom closet. At the bottom of that basket — under a bag of cotton balls and a bottle of aloe vera gel of unknown age — are three positive pregnancy tests.

The seven of you who read my column regularly are doing the math and coming to the same conclusion. I don’t have three children. Don’t worry. This isn’t some V.C. Andrews gothic horror mess.

The simple fact is, I had a miscarriage during my first pregnancy.

The summer of 2001 was a weird time. I’d taken a new job as a sports writer, a job the editor/publisher has specifically sought me out for. It was quite flattering. That meant my now ex-husband and I were putting up our house for sale and getting settled in a new community.

We were also starting our family. I’m going to assume you guys know how all that happens.

Eventually, it did happen. I did the cute thing where I put the positive test on the toilet lid and waited for him to come home and notice. Cue happy hugs and tears.

We decided to go to dinner to celebrate. As we zipped down the interstate in our happy little bubble, the window next to my head exploded. There was glass everywhere, in my hair, my eye, all over my body. My head hurt.

The police told us there were reports of kids in a nearby subdivision throwing rocks into traffic. The perfectly smooth, oblong landscaping rock in the floorboard backed up that theory.

I remember my ex talking to 911. “She’s pregnant!” God, I was wasn’t I? It was so surreal to think that was going to be a part of my life for the next nine months.

We went to the ER, where they fished a couple of glass shards out of my eye. No damage done, thankfully and we went on. Never did make it to dinner though.

Over the next few weeks, I went to the doctor, got the official “Yes, you’re pregnant” test and started making plans. Did we want to know if it was a boy or a girl? Bassinet or crib? Names from family or something we just liked?

If you remember, we were getting our house ready to sell, so most weekends we spent there, packing up the last few things, doing some painting and other minor things.

I don’t really remember what I was doing when it happened. I remember I felt hot and flushed. There was a stabbing, tearing sensation in my abdomen. I went to the bathroom and saw the blood. I knew what was happening.

I immediately started mentally running through all the things I’d done and possibly not done. Should I have started prenatal vitamins sooner? I helped load the dresser onto the trailer. Did I strain something? The rock. That damned rock I’d insisted on keeping. Was the shock of that too much? Did I let bad things into my life by keeping the stupid thing?

The bleeding got worse and so did the pain. We drove to the hospital. I sat on a towel to protect the leather seat.

When the triage nurse asked me what was happening, I just started sobbing. She was kind but firm, took my information and got me to a room. I was there for hours, all night actually. At one point, another nurse popped in and apologized for the delay in seeing me. They were treating two gun-shot victims. I understood.

As we walked back to the car the next morning, the sun barely over the mountains, my ex asked me if I felt like I lost a baby or a fetus. A baby, of course. He looked relieved, and said, “Me too.”

My doctor told me I didn’t do anything wrong. The pregnancy simply wasn’t viable. He told me many first pregnancies end in miscarriage. We just don’t talk about it really.

One in four women have had a miscarriage. So next time you get together with a group of friends, if it’s not you, well there’s probably someone not talking about it. I think it’s time we started. 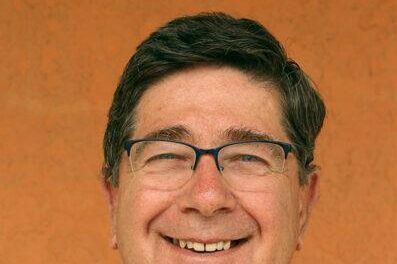 ‘Cold Mountain’ brings the Civil War back to life