A 13-year-old Peralta boy is recovering at home from a stab wound which police say was inflicted by his 14-year-old friend.

Valencia County Sheriff’s Detective Rene Rivera said deputies were dispatched to the stabbing at an apartment on 200 Garden Lane in Rio Communities at 1:30 a.m. Friday. When deputies arrived on the scene, they found the teenage victim bleeding profusely from a stab wound to the chest, Rivera said.

“We don’t know if there were any witnesses to the crime itself. We’re still trying to determine what transpired,” Rivera said. “We do know that the boy was stabbed in the upper chest in the suspect’s bedroom.”

The victim was airlifted by Lifeguard Helicopter to the University of New Mexico Hospital where he was released Friday afternoon.

Rivera, who didn’t release the names of either the victim or the suspect, said the 14-year-old Rio Communities boy was taken into custody and charged with aggravated battery. He is currently being held at the Juvenile Detention Center in Los Lunas.

The motive of the stabbing is still under investigation, Rivera said.

“We’re trying to find out who else may have been in the apartment at the time …. We believe other friends of the victim and the suspect were there,” he said. “We’re also still looking for the weapon.”

Rivera did confirm that the suspect’s parents were at home when the incident occurred but said he’s unsure if they witnessed the stabbing.

The Valencia County detective said the 14-year-old was arrested on the scene without incident. 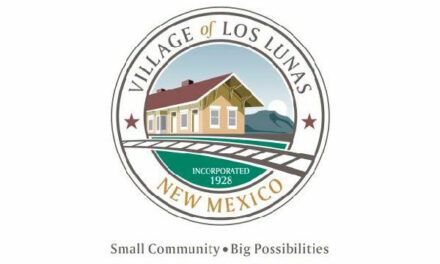