PERALTA—Quincy Sullivan, of Peralta, is part of a very selective club. She is one of only three girls to have won a championship in team roping at the National High School Rodeo Association national championships.

She, along with her partner, Luis Mendiaz, of Santa Fe, wrote their names into the record books in Guthrie, Okla., in July.

Sullivan, who is heading into her junior year at Canon Christian Academy in Belen, was initially not scheduled to compete. However, the top qualifier from the state was forced to drop out, with Mendiaz moving into the qualifying spot and needing a partner, a heeler. Sullivan was selected to fill that role.

As a result, the duo headed to Oklahoma having ridden together only once. 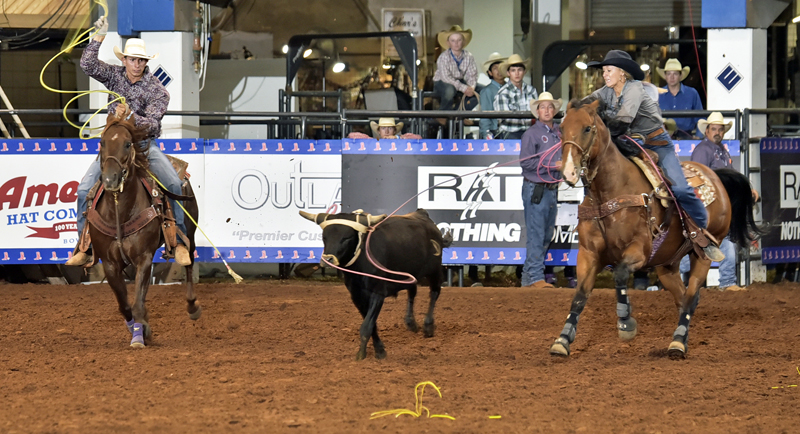 “We weren’t supposed to go; we went at the last minute,” Sullivan said. “The first-place team from New Mexico wasn’t able to go, so then the guy who was in fifth place, his header couldn’t go so they dropped down to me. It was crazy how everything falls into place.

“It takes a lot of trust,” Sullivan said of roping with someone she didn’t have much experience riding with. “Trust your partner is going to catch and everything will fall into place”

Despite the stage, Sullivan said she doesn’t get nervous during rides, even with a national championship on the line.

Team roping is scored based on time, with each contestant, the header and the heeler, scoring separately. The header is responsible for roping the front legs and then leading the steer, while the heeler attempts to rope the hind legs.

When Sullivan and her partner finished their run, they knew they had a good chance at a top-two finish, but had to wait and watch as the final teams rode.

“My expectation is to always be first,” Sullivan said. “That’s what I’m always striving for.

“When we left the arena, I knew we would finish in the top two, but then the teams after us just fell apart, there were legs and they missed,” she said. “When the last team missed, I knew we had won it.”

When Sullivan realized that they had not only finished in the top two but had won a national championship, she said the feeling was indescribable.

As one of only three girls to win the title, Sullivan finds herself in quite the exclusive club.

“It feels pretty good. I got so many congratulations from people I don’t know,” Sullivan said. “For people to be recognizing me, to see everybody be so happy for somebody is amazing.”

Sullivan has been riding and roping for a long time, with it running in her family. Both of her parents roped, as well as an uncle.

Competing in the event was an experience all its own.

“It’s amazing. They put so much time and effort into getting sponsors and a bunch of prizes,” Sullivan said. “They make a really big deal out of it — out of each performance. I’ve made it since I was in the sixth grade and its an awesome experience to go and compete.”

Next up for Sullivan is a trip to the junior world finals in Las Vegas, Nev., in December and the Junior American Rodeo in Fort Worth, Texas, next spring. 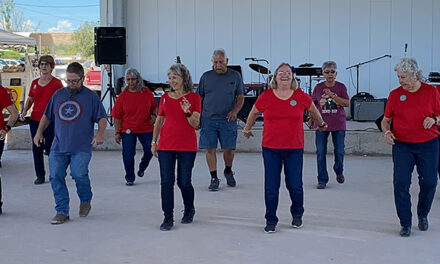