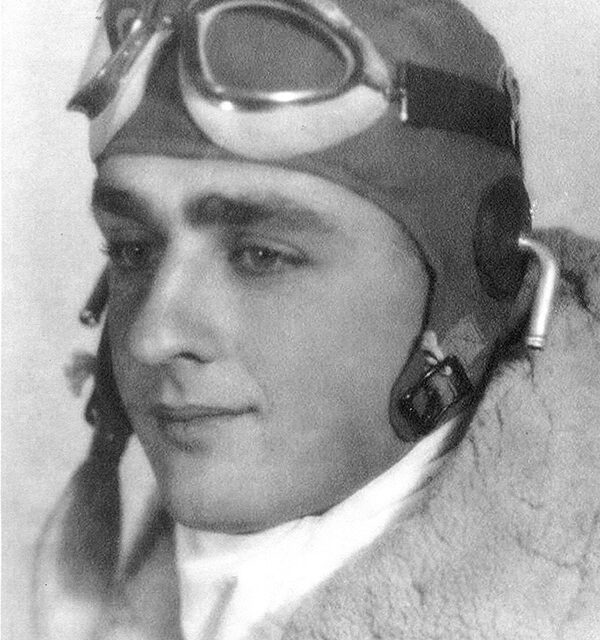 When we left Phil Coudert and the crew of the Ragged but Right, they were on their way home after completing a remarkable record of 51 B-24 missions over Germany and Eastern Europe.

However, Coudert’s service to his country was far from over — here is “the rest of the story.”

Phil resigned from the Army Air Corps, although remaining in the Reserves, and enrolled at Syracuse University in Syracuse, N.Y. He stayed at Syracuse for three years, graduating in 1949 with a liberal arts degree.

In January 1952, Coudert’s Reserve unit was activated. The Korean War had begun in June 1950 when 75,000 troops from North Korea crossed the 38th parallel after talks over control of the peninsula had broken down.

Coudert was assigned to Carswell Air Force Base (the Army Air Corp had become the United States Air Force in 1947) north of Fort Worth, Texas. He was given a top-secret security clearance and was assigned to an intelligence organization doing a job normally assigned to a major, so he was spot promoted to captain.

In September 1952, he was sent to 5th Air Force headquarters in Seoul, South Korea, where he performed intelligence and targeting analysis for the senior staff who were managing the fighting in North Korea. Seoul was still being shelled by North Korean artillery, and Coudert recalled one instance where he had to walk to Army headquarters to brief a general and his trek took him through streets that were still littered with bodies.

In 1954, he was reassigned as the Assistance Intelligence Officer at March Air Force Base in Riverside, Calif. In December of that year, he married Dora Salinas, nicknamed Martha or Marty, whom he had met on the beach in Laguna Beach, Calif.

In 1956, he and Dora moved to Guam, where he continued to perform target analysis and photo interpretation for the 5th Air Force.  hile in Guam, the family welcomed two children, Suzanne, born in 1957, and John, born a year later in 1958.

In June 1959, the family moved once again. This time their new home was Sheppard Air Force Base, just north of Wichita Falls, Texas. Sheppard, named for Texas Sen. John Morris Sheppard, a pre-World War II proponent of military preparedness, was one of the Air Force’s principal training facilities.

Staying at Sheppard, Coudert transitioned from instructor to student in July 1961, being assigned to missile launch crew training for Atlas silo missile crews.

After completion of the training, Coudert was assigned to one of the Atlas ICBM silos managed out of Dyess Air Force Base near Abeline, Texas.

Phil and his crew stood watch in the silo launch facilities. Two of the men, Phil and one other, carried 45-caliber pistols and were ordered to shoot anyone who tried to launch the missile without the required presidential approval.

In October 1962, the United States discovered Soviet preparations to install nuclear-tipped missiles in Cuba. Tensions quickly ratcheted up to the point that the Strategic Air Command was ordered to Defense Condition (DEFCON) 2 for the first (and only) time in history.

From October 22 until November 15, Phil and his crew were prepared to launch their Atlas missiles within a mere six hours. He recalled this as a time of extreme tension.

After completing his tour of duty as a missile silo commander in 1967, Phil was sent to Japan, where he returned to his previous assignment of intelligence, photo interpretation, and aircraft strike planning.

By this time, the war in Vietnam was heating up, and during the lunar new year (Tet) holiday of 1968, the North Vietnamese army and their Viet Cong allies in South Vietnam launched a coordinated offensive against about 100 sites in the south. Phil was part of the team that planned the Air Force portion of the U.S. counteroffensive which blunted the attacks by early February. 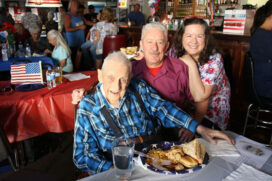 Phil with son, John, and daughter, Suzanne, at his 99th birthday celebration.

bullets for his gun along with a few other servicemen and hotel staff. During this frightening time, they watched the fireworks of artillery from their hotel roof and windows.

After retirement, Phil worked as an insurance salesman in California and then moved to Las Vegas, Nev., where he was a sales representative for the Homer Laughlin Fiesta China company.

In 1994, he moved to New Mexico where he lived in Los Lunas with his daughter, Suzanne. He worked part-time in selling antiques and collectibles including Homer Laughlin Fiesta Dishes. He became known locally as the “Fiesta Man” at the mall in Albuquerque.

One thing that Phil did religiously was stay in touch with the men with whom he served, especially those who shared the flak-filled skies over Europe during World War II. His files are full of letters to and from his crewmates, some recalling specific missions, and, as the years went by, many notifying friends of crewmates’ passings or sending condolences to new widows.

Although Phil’s recollections of his days in the Air Force remained laser-sharp, many of his former crewmates said that, reflecting the inevitable decline of old age, they just couldn’t remember anything about the past.

Phil also attended several reunions of the 454th Bomb Group and his former missile unit. In one particularly poignant exchange of letters, a former crewmember politely declines an invitation to attend a reunion, saying that his financial situation was too dire to afford a ticket.  He ends the letter by saying, “I guess I should have been a better money manager.”

This illustrates the plight that many veterans found themselves in, and still do today, living paycheck-to-paycheck or even on the street, panhandling for a few dollars to buy a meal.

Phil loved old movies and old songs and was a particular fan of the horse-related crime novels by British author Dick Francis.  In fact, he would reread them several times.

Toward the end of his life, Phil spent some time in the hospital and was always happy to see visitors. He was quite a storyteller, recounting in detail the stories of his boyhood and his wartime experiences.

Many of us knew Phil through the Bosque Farms Community Center, where he played bridge with us every Tuesday afternoon. He is remembered for his smile, his sparkling eyes, his unique sense of humor, and his contagious laugh.

Even though he did struggle with his health, he was always resilient and never complained.

He was a cunning and tenacious bridge player, even in his late 90s, and was famous for bidding (and making) slams that seemed impossible to everyone else at the table. He would not hesitate to point out when one of us underbid our hand or played (or failed to play) the right card. After only a few tricks, he seemed to know where every remaining card in the deck was located.

In August of 2018, Phil was honored by members of the American Legion Post 81 in Belen for his amazing military service. Phil’s family gathered, and an Honor Guard presented flags.

In 2019, a 100th birthday celebration was held at the La Merced Moose Lodge in Rio Communities.

Phil died on June 19, 2019, and was buried at the National Cemetery in Santa Fe with full military honors.

So, as we honor all of our veterans, I will think of my friend Phil Coudert, whom I consider to be a paradigm of the breed — the Veterans’ veteran. 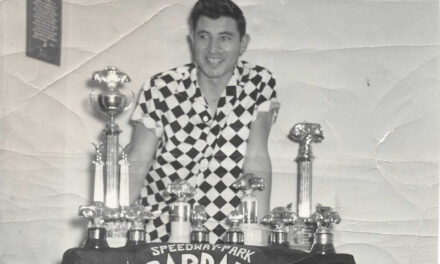 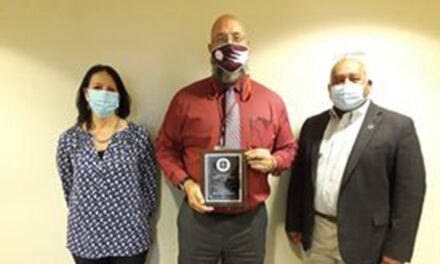 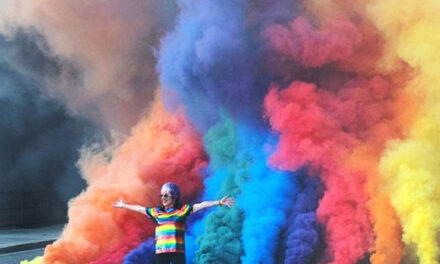 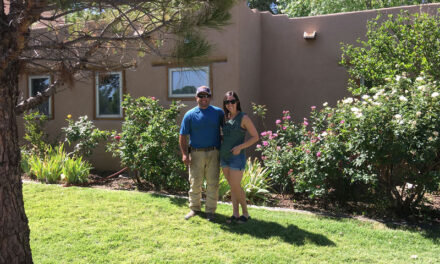