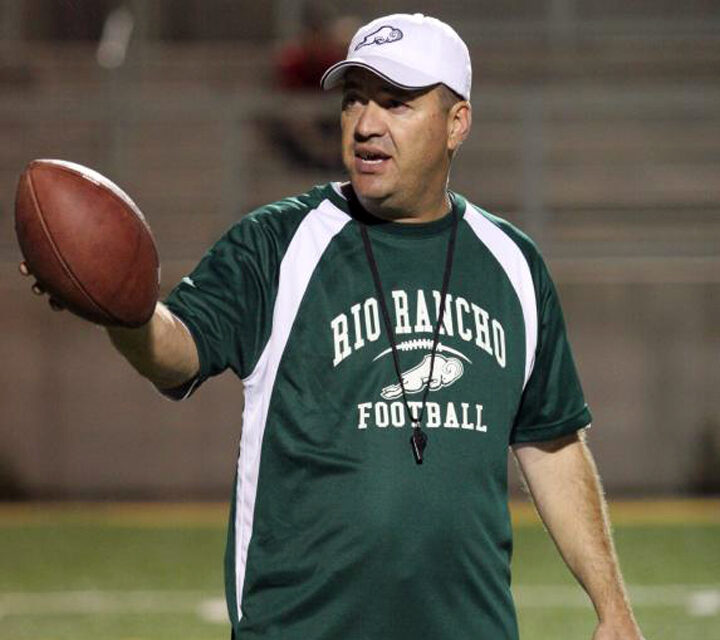 For the second time this year, the Belen Eagles are looking for a new head football coach. Phil Lopez, who was hired in late May, resigned from the position on July 2, due to personal reasons.

“I received an email from Coach Lopez on Friday afternoon,” Belen Consolidated Schools Superintendent Lawrence Sanchez said Tuesday morning. “He informed me that for personal reasons he’s made the decision not to take the job and retire entirely.”

Sanchez said the decision was unexpected and that Lopez had been going through the background checks and was in contact with the kids and working to set up fundraisers.

“This was the toughest decision I’ve ever had to make,” Lopez said. “I had full intentions of taking over this job and I really wanted to put the program back on the map.”

Lopez said a major factor in the decision was the housing market and his struggles to find a place in Belen.

“The housing market is just unbelievable, I was looking at things that were $2,000 a month for 1,200 square feet, things like that,” he said. “Anything that looked promising was snapped up within a day.”
While he searched for a place to live, Lopez was commuting from his home in Clovis to Belen for fundraisers and to meet with his staff and the team to plan for the upcoming season.

The program began offseason workouts on Tuesday, July 6, under the guidance of the remaining coaching staff, which Lopez said was always the plan. He said he wanted to leave the month of June to other programs such as basketball for practice.

The turning point for Lopez, he said, was following a golf fundraiser held for the program the final weekend in June.

“I was so excited about the tournament and really enjoyed it,” Lopez said. “However, after was when I found out some our assistants were leaving. Several of them were having the some problems with finding housing and there were also some teaching spots that didn’t work out. That sent my anxiety and blood pressure through the roof, I couldn’t sleep all week.”

Lopez said he made the decision he would be stepping back and informed BHS principal Eliseo Aguirre and Sanchez last Friday.

“I want to make it clear that I’m not doing this because I have another job lined up somewhere or because I’m interested in another position. I’m not interested in anything else in New Mexico,” Lopez said. “The program I wanted was Belen, it just didn’t pan out.”

Sanchez said he hopes to have the next coach in place by Friday, July 9, at the latest.

“I’m going through the list of candidates and seeing who is still interested in the position,” Sanchez said. “I’ve reached out to our second choice for the position and he’s supposed to let me know by the end of the day (Tuesday).”

While Sanchez works to find the next permanent head coach for the program, Aguirre is in the process of choosing an assistant to serve as the interim coach and lead the program through summer workouts.

“We want to make sure the kids aren’t waiting around, we’re trying to have as few disruptions as possible for them as they get ready for the season,” Sanchez said. “We have a few assistants from Coach (Ty) House’s staff who had expressed an interest in remaining on Coach Lopez’ staff who are candidates to take over in the meantime.”

The Eagles first football game is scheduled for Friday, August 20, at home against West Mesa. Preseason for the sport will begin on Monday, August 2, as set by the NMAA, when teams are able to move from workouts towards full contact.

This leaves Sanchez with a four week window from the time he began calling candidates to the start of preseason. 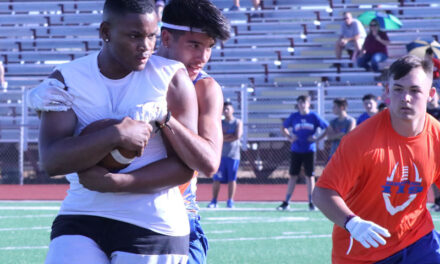 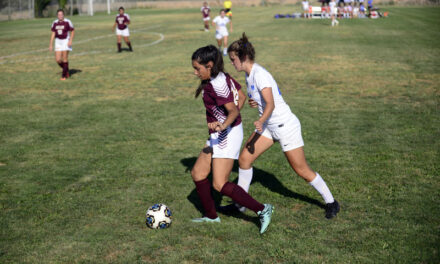 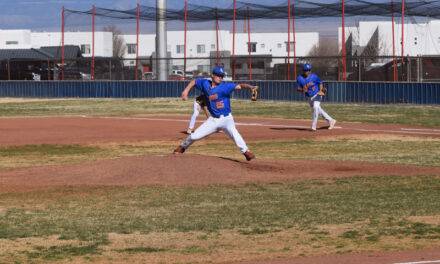