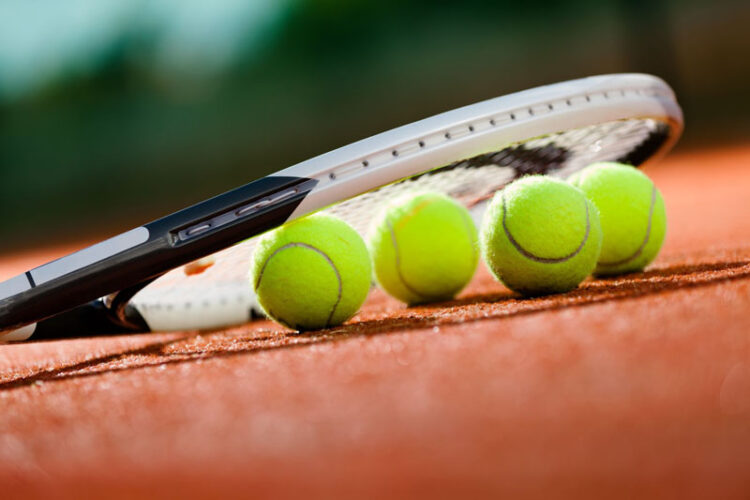 The prep tennis season continues to roll on. Here is a recap of last week’s action.

Belen was in Carlsbad last week for the Claire Higgins Family Tournament for both the boys and girls teams.

On the girls side, the Lady Eagles took second-place overall, and Gabriella Jaramillo brought home a first-place finish in the three-seed category.

After beating Kyla Theimer of Goddard 6-4, 6-0, to make the finals, Jaramillo then dispatched Ashley Vigil of Robertson 6-1, 6-1 to take home the top honors.

Riley Cordova finished runner-up in the one-seed category, getting two wins in the process.

Angelina Matzke also finished in second place, hers coming in the five-seed.

Matzke opened with a 6-2, 6-3 win over Zoe Salas of Hobbs. Then, after falling behind one set to Amber Easley of Carlsbad, Matzke rallied to take the next two sets, 6-3 and 10-3, to reach the championship.

Matzke ended up falling 6-1, 6-0 to Stella Garcia, of Roberston, following her run to the championship.

Angelina Fragua took third-place in the six-seed category, while Isabella Jaramillo did the same in the two-seed category.

In the doubles action, Cordova and Isabella Jaramillo took top honors in the one-seed flight, taking down Mikaella Sena and Gabriela Fulgenzi, of Robertson, in the finals.

For the three-seed match, Matzke and Angelina Fragua won first-place after defeating a pair from Seminole High School in Texas for the championship.

In the two-seed event, Gabriella Jaramillo and Ava Fragua finished as runner-ups.

On the boys side of the tournament, the Eagles finished fourth overall at the event, and saw a couple of boys come away with top three finishes.

In the four-seed category, Luke Austin took home runner-up for the Eagles.

Austin got a first-round win over Derek Sullivan, of Carlsbad, with set wins of 6-4, 6-4. Then in the semifinals, Austin would take care of Lawrence Martinez, of Robertson, 6-3, 6-4, to make the championship.

In the boys doubles, Belen picked up a pair of third places and a fifth-place.

Taylor Wright and Santiago Silva won third place in the one-seed doubles, while Austin and Evan Stynen did the same in the three-seed doubles.

Belen will have a busy week coming up, taking on Miyamura and Gallup on consecutive days. Then, the Eagles will go to Santa Fe for the Capital High School Invitational.

Valencia was in action twice last week, taking on Moriarty and Miyamura, with mixed results. Then they squared off with St. Pius to start this week.

On the boys side, the Jaguars won both meetings during the week, 5-0 over Moriarty, and 8-1 over Miyamura.

In doubles against Moriarty, Xavier and Isaiah Castillo won the one-seed, while Altobello and Nick Torres won the two-seed, and Victor Ramirez and Phakin Vipasdamrongkul won the three-seed doubles.

Isaiah Castillo, Altobello, Torres, Ramirez  and Vipasdamrongkul made it a clean sweep of the singles matches for the Jaguars.

Altobello and Torres got the two-seed doubles win, while Isaiah and Xavier Castillo would do the same in the one-seed doubles.

Against St. Pius, the Jaguars came up short of the overall win, losing 5-4.

The girls side saw the Lady Jaguars split the week, losing to Moriarty, 6-1, but then bouncing back to beat Miyamura, 5-4.

The lone win over Moriarty came in the doubles side of the meeting.

Karleigh Gibson and Antigone Genson won the two-seed doubles over Vera Brazell and Clara Morgan by a final of 6-3, 6-3.

It went much better against Miyamura, as the Lady Jaguars took three singles matches and two doubles.

In doubles action, Genson and Eylicio would take the one-seed, while Gibson and Schaefer took the two-seed to give Valencia the overall win.

Against St. Pius on Monday, the Lady Jaguars fell by an overall final of 9-2.

Schaefer and Genson won their doubles match for the other victory against St. Pius, winning in straight sets, 6-4, 6-4.

Valencia will have a busy week ahead, taking on Grants and then traveling to the Capital High School Invitational on Saturday.

The Tigers took on Grants last week, and the results were mixed.

For the girls side, the Lady Tigers got a 7-2 win over Grants, taking four singles matches and all three doubles matches.

On the singles side, Taleyah Beyer defeated Chloe Rychener, of Grants, 6-3, 7-5, to take the one-seed.

For the four-seed, it was the Lady Tigers’ Alaina Viramontes getting a two set win over Abriyah Urioste, 6-1, 6-1.

In doubles, Beyer and Alivia Sanchez got the one-seed win, while Dodd and Viramontes got the two-seed win. Slatunas and Roisin Shaughnessy would win the three-seed.

The Lady Tigers then made up their  match against Cibola on Monday — which had been postponed from last week due to snow — and the ladies made the best of it, winning 8-1.

Alivia Sanchez won her singles match in three sets, rallying after losing her first set, 4-6, to take the final two, 6-4, and 10-6.

The Lady Tigers claimed all three doubles matches during the meeting.

On the boys side, it was a rough go for the Tigers, losing to Grants by a final of 8-1, including dropping all three doubles matches.

The lone win in the match up for Los Lunas came from Nick Morales, as he picked up a 6-3, 7-5 win over Isaiah Tena in the three-seed category.

The Tigers had their match with Cibola moved to Monday because of weather.

Against Cibola, the boys fell by a final of 7-2.

Nick Morales won his singles match in straight sets over J.D. Waring, 6-2, 6-2, and Morales and Alex Covarrubia won their doubles match for the only other win for the Tigers during the meeting.

Los Lunas will take on Manzano this week before heading to Santa Fe for the Capital High School Invitational. 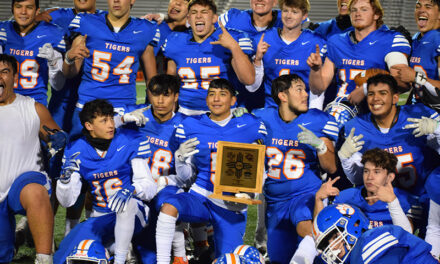